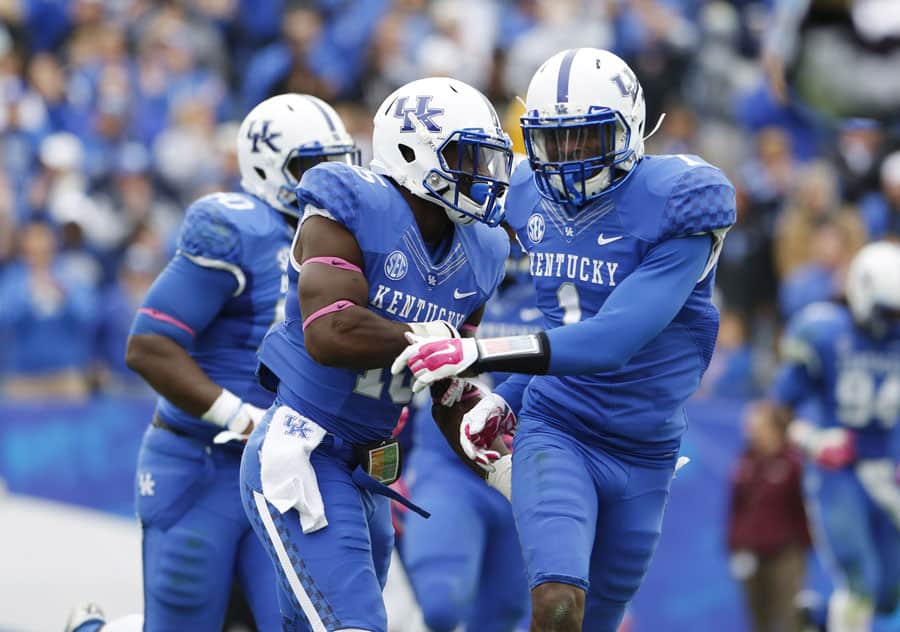 The Akron Zips and the Kentucky Wildcats have scheduled a three-game football series for 2021, 2023, and 2024, FBSchedules.com has learned.

A copy of the game contract was obtained from the University of Akron by FBSchedules.com via a state open records request.

The three-game series will be a two-for-one, with two games played in Lexington and one game played in Akron. Kentucky will host Akron at Kroger Field on Sept. 18, 2021 and then three seasons later on Aug. 31, 2024. The Wildcats will travel to face the Zips at InfoCision-Summa Field on Sept. 16, 2023.

The three-game contract includes a $1.5 million cancellation fee, unless the cancellation is mutually consented to.

Kentucky and Akron’s first and only meeting on the gridiron came back in 2010 in Lexington. The Wildcats won that game 47-10.

Laughed at this at first but it actually makes some sense. Considering Kentucky is right next door to Ohio, why not get a few easy wins and maybe snag some recruits while they’re at it.

You sound like a graduate of the “Sherlock Holmes School of Logical Deduction”.

Why won’t Kentucky play Marshall home-and-home? It is just a two hour bus-ride. Not Wildcats … Pussies!

Maybe if Marshall wouldn’t crash and burn against W. Virginia every game,maybe they could snag a series like this….