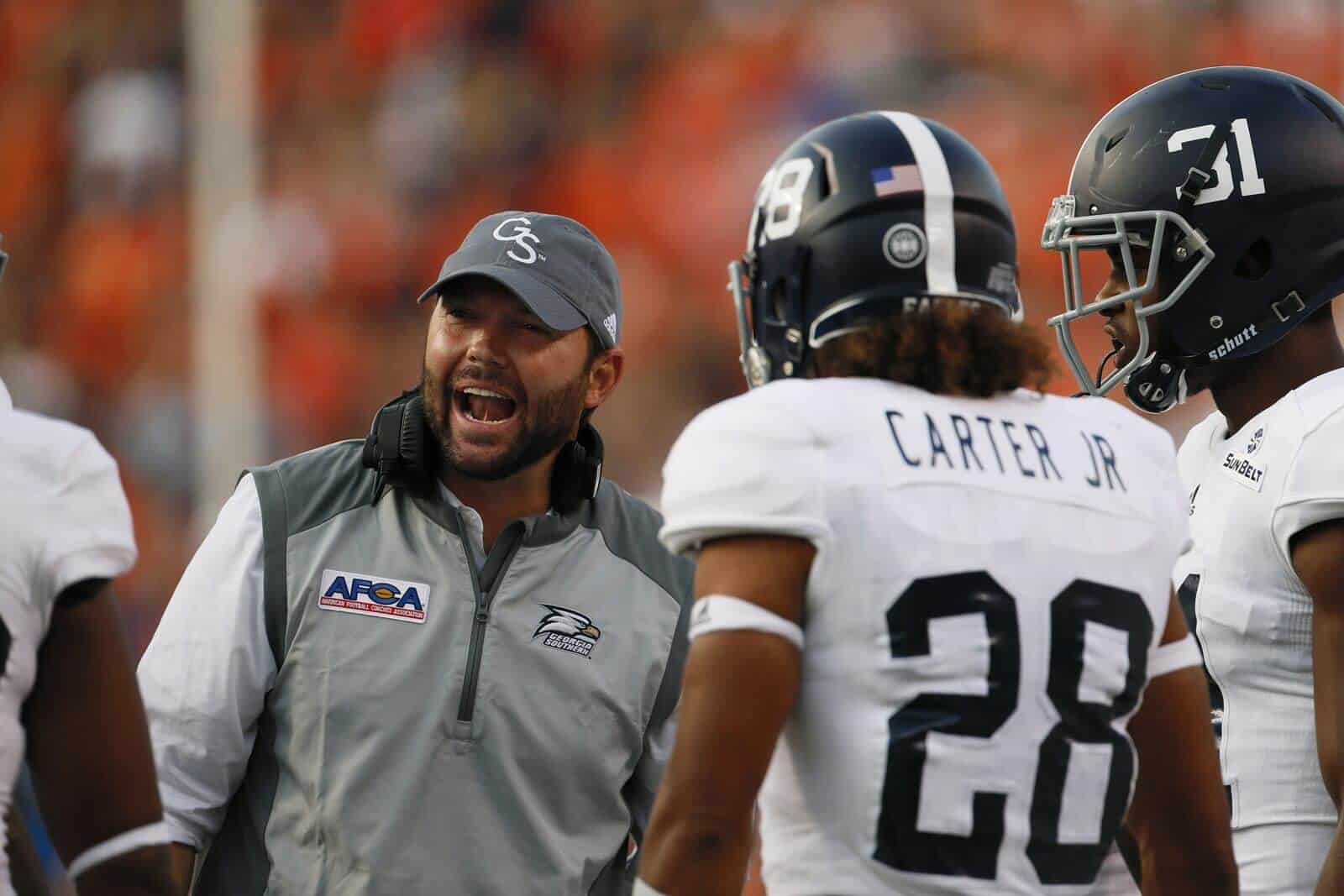 With Hurricane Irma threatening Florida and Georgia, the Georgia Southern Eagles have moved their 2017 home-opener to Legion Field in Birmingham, Alabama.

Georgia Southern will play host to the New Hampshire Wildcats at Legion Field on Saturday, Sept. 9. The game will be telvised by ESPN3 at 4:00pm ET/3:00pm CT.

“When looking at the possibilities where we could try and play this football game, UAB and A.D. Mark Ingram reached out to us and offered us their facilities,” Georgia Southern Director of Athletics Tom Kleinlein said. “After reviewing the updated forecast, we believe the best option for ensuring this game being played is to move to Birmingham. With the developing weather situation, it was paramount to make a decision today so that we would not have to pull resources that may be used in an evacuation scenario.

“I want to thank Mark Ingram, the City of Birmingham and everyone involved in helping make this move possible. This couldn’t have been done without the flexibility of the University of New Hampshire and our staff.”

Legion Field, home to the UAB Blazers of Conference USA, has a capacity of 71,594 and also hosts the annual Birmingham Bowl.

Georgia Southern opened the 2017 season with a 51-7 loss at Auburn. Their Oct. 4 game vs. Arkansas State will now serve as their home-opener.

New Hampshire is a member of the Colonial Athletic Conference in the Football Championship Subdivision. In their 2017 season-opener, the Wildcats edged the Maine Black Bears 24-23.

Oh Kevin…the loss to Auburn was bad but not THAT bad!

The Eagles should take care of New Hampshire handily and will gain the confidence needed to whoop Indiana.