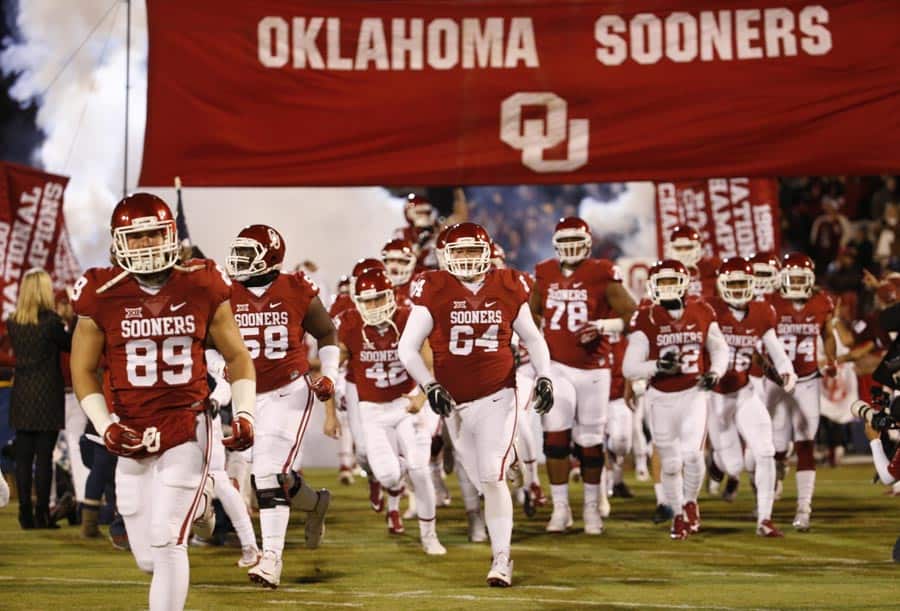 The Nebraska Cornhuskers and the Oklahoma Sooners have added two games to their future football series, both schools announced on Wednesday.

“Oklahoma and Nebraska are two of the most iconic programs in college football history,” said OU athletics director Joe Castiglione, “and we were excited a few years ago when we were able to rekindle the storied series by scheduling games for 2021 and 2022. We feel the same way with the addition of the games in 2029 and 2030. Fans of both programs are extremely passionate and loyal, and we’re happy we can preserve — and extend — the on-field history of two of the game’s all-time greats.”

The 2021 contest will mark the 50th anniversary of the “Game of the Century.” Top-ranked Nebraska, the defending national champions, defeated No. 2 Oklahoma 35-31 at Owen Field in Norman on Nov. 25, 1971.

Their last meeting was in the Big 12 Championship Game on Dec. 4, 2010 when Oklahoma beat Nebraska 23-20. The Cornhuskers left the Big 12 for the Big Ten the following season.

“The Nebraska-Oklahoma matchup is truly one of the legendary rivalries in the history of college football, and to now have four scheduled meetings in a decade will be great for both programs,” Nebraska athletics director Shawn Eichorst said. The Arizona series will be another outstanding home-and-home matchup against a high-caliber Power Five opponent and will provide a road game destination that will appeal to Nebraska fans.”

Nice to see these two playing each other again.

Consider that OU used to play Texas as an OOC every year. That they restore an OOC series with Nebraska simply puts their schedule back where it used to be.

’bout time! Great move………now, need the Aggies and ‘Horns to get back to the table.

Aggies will never schedule a matchup against Texas. The SEC hardly ever wants to travel for an away game. But if they do, it will be the only power 5 non-conference game they play, totaling just 9 power 5 games.

How many user names are you going to use?

Alabama never does true road games OOC. Most of the SEC does

Because of the neutral-site conference game with Arkansas, A&M can only play non-conference road games in odd-numbered years and still have seven home games. They’ve already scheduled games for 2017 (at UCLA), 2019 (at Clemson), 2021 (at Colorado) and 2025 (at Notre Dame).

Texas wants to a play a more national schedule, and if they play a home-and-home with A&M, they end up with nine or ten games in the state of Texas. They would rather play at USC, at Ohio State and at Michigan.

Conceptually, they could play a home-and-home in 2023 (at Texas) and 2015 (at A&M), but I think the administrations of both schools have simply moved on.

I agree Kevin, I caught onto it a long time ago, he just sounds stupid & pathetic! Does he not know that the Aggies are based out of Texas? So technically how is that the Aggies would be traveling anywhere, their already in the same state. Meanwhile Bama just won a national championship & he is the only bama fan who is bashing the SEC with his garbage about 9 game conference & OOC games. All the Bama fans I know are celebrating & enjoying the championship, Roll Tide, just give it up! You are no Bama fan, just someone that sounds lonely with all your other accounts as well, sad.

What, Is roll tide the new Maverick or something??? I don’t get it.

we will proba lt be dead by then

I’ve missed this matchup. It was tradition to watch these two teams go at it the week of Thanksgiving and many of those games were very exciting. It’s a shame that they can’t play each other annually or at least more frequently than they do now. That 1971 contest still goes down in my opinion as one of the most exciting games that I’ve ever watched.