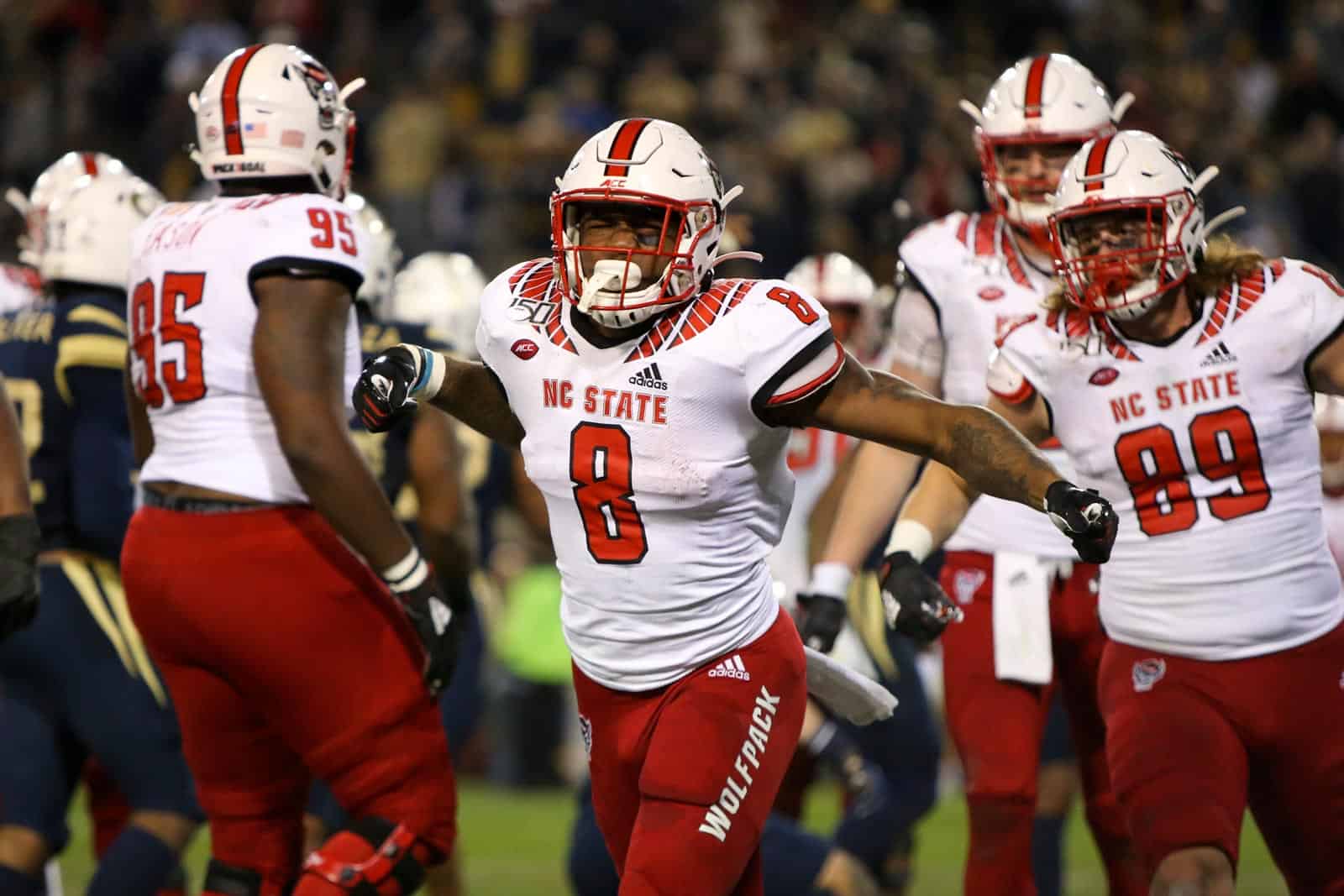 The NC State Wolfpack have canceled their future football series with the BYU Cougars, FBSchedules.com has learned.

NC State and BYU originally agreed to a home-and-home football series that was to be played during the 2024 and 2030 seasons. The games were scheduled for 2024 in Raleigh, N.C., and 2030 in Provo, Utah.

The Wolfpack and Cougars have never squared off on the field.

Both future NC State-BYU football games are not listed in NC State’s 2022 football media guide, and NC State’s sports information department confirmed that the games are “no longer on our schedule.”

The game contract did include a clause that if either team joined a conference or switched conferences, the series could be canceled without penalty

BYU is currently a Football Bowl Subdivision (FBS) Independent. During the latest wave of conference realignment in fall 2021, BYU was accepted into the Big 12 Conference.

As a result of the move, BYU has begun the process to trim down its future Independent football schedules, some of which had 12 games on the slate. Beginning in 2023, BYU will need only three non-conference games per season.

I am crossing my Fingers that NCSTU & BYU will schedule a future Game with BYU traveling to NC in September so that the Marquis Nonconference Game for that Season will be in the Eastern Time Zone for the many BYU alumni & Fans in the NC, VA, SC, TN Areas.

I think that matchup could be a good kickoff game in say Atlanta or Charlotte.

Playing in an NFL Stadium Kickoff Game is way beyond my Expectations regarding these 2 Teams.

Not because BYU isn’t up to them. We’ve played in the Eddie Robinson Classic, The Pigskin Classic & other traditional kickoffs but they were pre CFP Administration, LLC Era & were always at Our or our Opponents college Field.
Our last 2 kickoff Games were ’16, ’21, in Phoenix & Las Vegas.

That would be an added unexpected bonus Situation.

Title is misleading – I’m pretty sure it was BYU who canceled these games.

After looking @ the 2022 FB media Guide, Brian Wilmer inquired of the NC State Athletic Department where BYU @ NCSTU 2024 & 2030 was?
NCSTU’s Sports Information Director told him that the Games were “no longer on our Schedule.”

Now NCSTU can move ahead & contract for that Slot with another OOC Foe or make it available for their conference Schedule.
All the Trust Five Conference Schools like to say that OOC Games “need to be scheduled Years in advance for them to work for us.”

Here’s the URL for the confirmed Information I cited.

It was likely mutual, but BYU doesn’t comment on scheduling when we contact them. Also they are immune to FOIA because they are a private school.