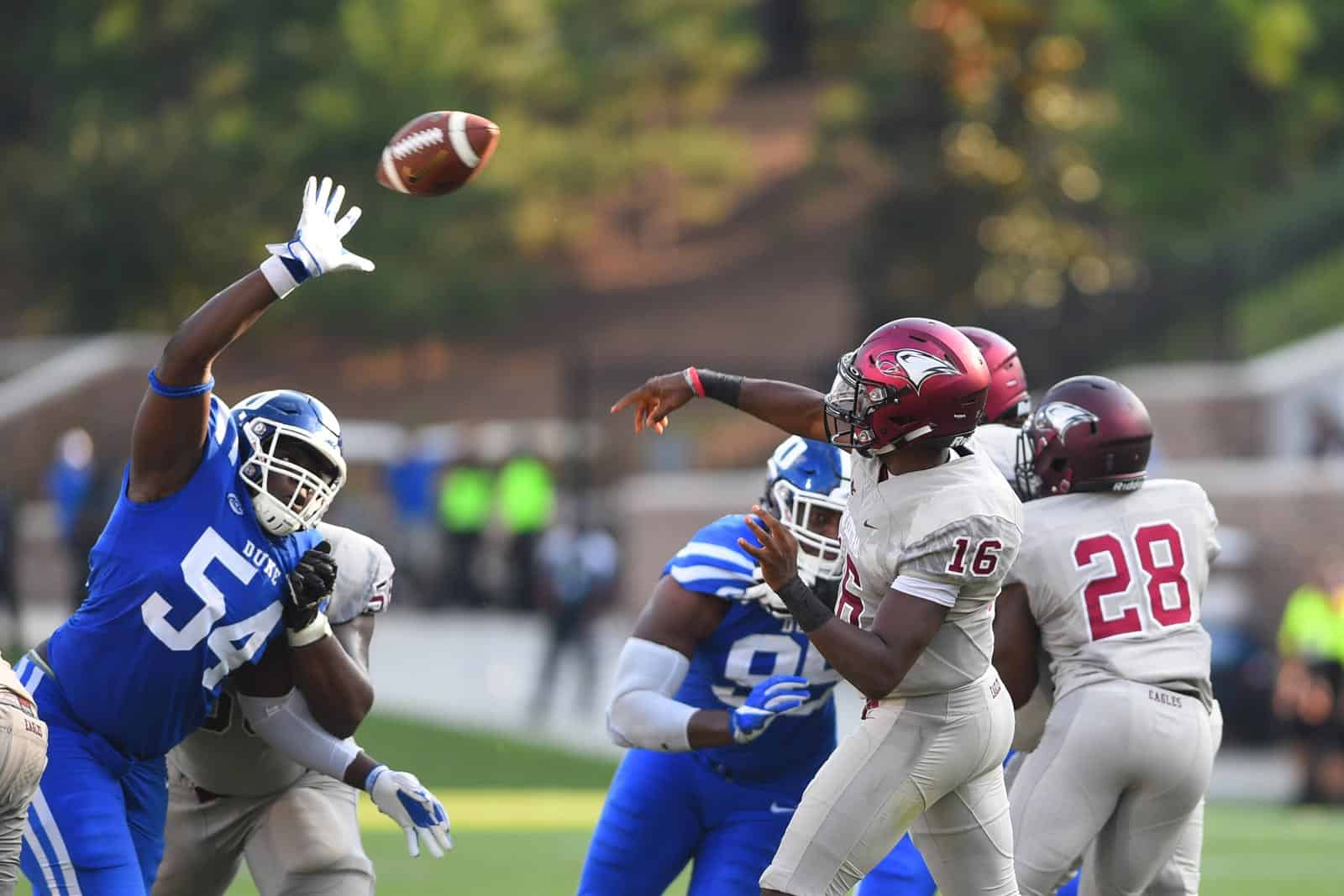 The North Carolina Central Eagles have added the Elon Phoenix and the Mississippi Valley State Delta Devils to their future football schedules, FBSchedules.com has learned.

Copies of contracts for football games against both Elon University and Mississippi Valley State University were obtained from North Carolina Central via a state public records request.

NC Central and Elon first met on the gridiron in 1971 and have played a total of 12 contests. In their most recent matchup in 2012, the Phoenix defeated the Eagles 34-14 to extend their advantage in the overall series to 9-3.

The Eagles have also signed a single-game agreement to host Mississippi Valley State at O’Kelly-Riddick Stadium in Durham on Saturday, Sept. 23, 2023. The first and only meeting between the two schools occurred during the 2021 season at Rice-Totten Stadium in Itta Bena, Ms. The Delta Devils won that meeting 17-16.

The 2021 NC Central-Mississippi Valley State contest was likely the first game of a home-and-home series. The contract for the game in 2023 did not provide a guarantee for the Delta Devils, which makes it more likely that the two games are a series with separate contracts for each contest.