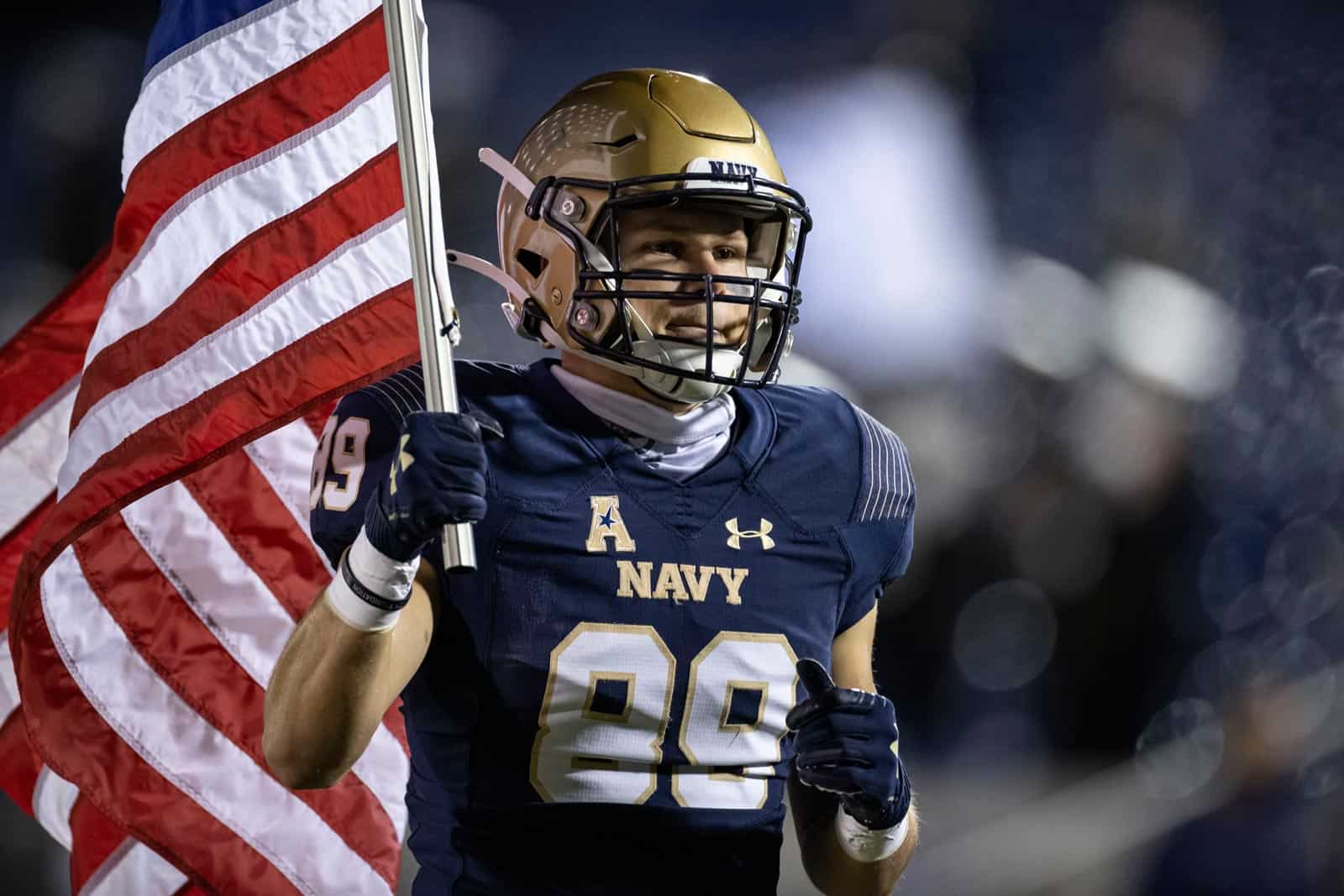 The Navy Midshipmen have posted their 2024 non-conference football schedule to their official website. The schedule includes games against Air Force, Army, Bucknell, and Notre Dame.

Navy is set to kick off the 2024 season at home at Navy-Marine Corps. Memorial Stadium on Saturday, Aug. 31 against the Bucknell Bison, which was previously unannounced. The game will mark the 15th overall meeting between the two schools, but first since a 13-7 Midshipmen win on Nov. 14, 1925.

The Midshipmen are scheduled to host the Notre Dame Fighting Irish on Saturday, Oct. 26 at a site to be announced. Notre Dame leads the series with Navy 79-13-1 and has won the last four meetings.

Navy’s final non-conference game of the 2024 season will be the 125th edition of the Army-Navy Game. The annual rivalry contest will be played on Saturday, Dec. 14 at a site to be announced.

Navy is scheduled to open the 2021 season on Saturday, Sept. 4 at home in Annapolis against the Marshall Thundering Herd. The following week on Sept. 11, the Midshipmen will host host the Air Force Falcons. That contest was moved to recognize the 20th anniversary of the 9/11 terrorist attacks.

Nothing exciting about this one. Same old same olds with a Division I-AA team thrown in for an easy win.

For sure. More often than not, the most interesting aspect of a Navy non-conference schedule is where the semiannual game versus Notre Dame will be played.