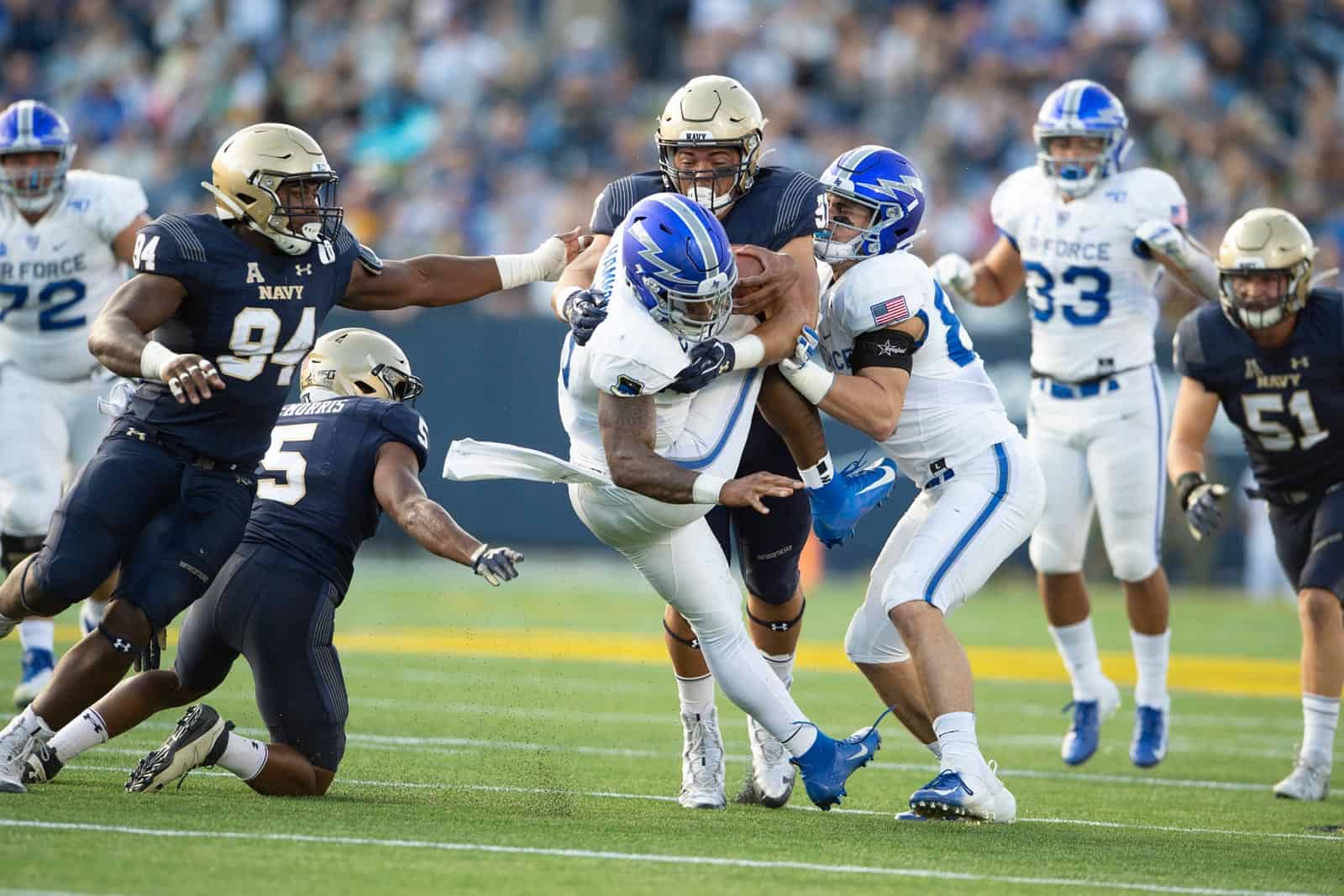 The 2021 Air Force Falcons at Navy Midshipmen football game has been moved to Saturday, September 11, it was announced on Tuesday.

The Air Force-Navy football game was moved in recognition of the 20th anniversary of the 9/11 terrorist attacks on the United States of America.

“We will use this nationally televised opportunity to reflect on the meaning of our freedom and the competitive spirit of our nation,” said Naval Academy Director of Athletics Chet Gladchuk. “Two Service Academies coming together to display our strength of unity and our determination to forever persevere.”

Air Force and Navy first met on the gridiron in 1960 and have played a total of 53 contests. In their meeting this season on Oct. 3, the Falcons defeated the Midshipmen 40-7 in Colorado Springs, Colo., to extend their series lead to 31-22.

“This is an appropriate move for our country to have our Service Academies play on the 20th anniversary of 9/11 in celebration of our armed forces,” said Air Force Director of Athletics Nathan Pine. “The game will be a fitting way to showcase the amazing future leaders of character from both academies on national television on this solemn anniversary. I would like to thank everyone involved for their cooperation and willingness to help make this a reality.”

The Air Force-Navy game next season will be televised by CBS Sports Network at a time to be announced. The Sept. 11 date will mark the earliest meeting between the two schools in the history of the series.

Make it a doubleheader with Army playing Space Force in the nightcap.

How about a serious remark instead of a dumb one question mark
.
The Air Force and Navy could indeed sponsor having the two Division III service academies, Coast Guard and Merchant Marine football teams play on the same location in a sort of undercard game.
.
Considering that there are only five service academies, three FBS and two DIII, Army we’ll just have to be left without a service academy opponent. Although there are the state-based options, so they could play The Citadel or VMI. I imagine they want no piece of Texas A&M…

It would be a good idea for Gameday to be at the game and for CBS to broadcast it. Say Gameday starts at 8:30am that morning so then the pre-game ceremony for a noon kick could start at 11:30am, ESPN and CBS could simulcast it. Could even air it on ABC and ESPN2/U before their game. Stadiums with noon kicks could show it on their jumbotrons and it could be shown pre-game for later kicks. Would be nice for President Biden as well as the other living presidents to attend the game as well.

I presume they’re probably will be events in New York, DC, and PA that day but this event could also be a part of the national commemoration.