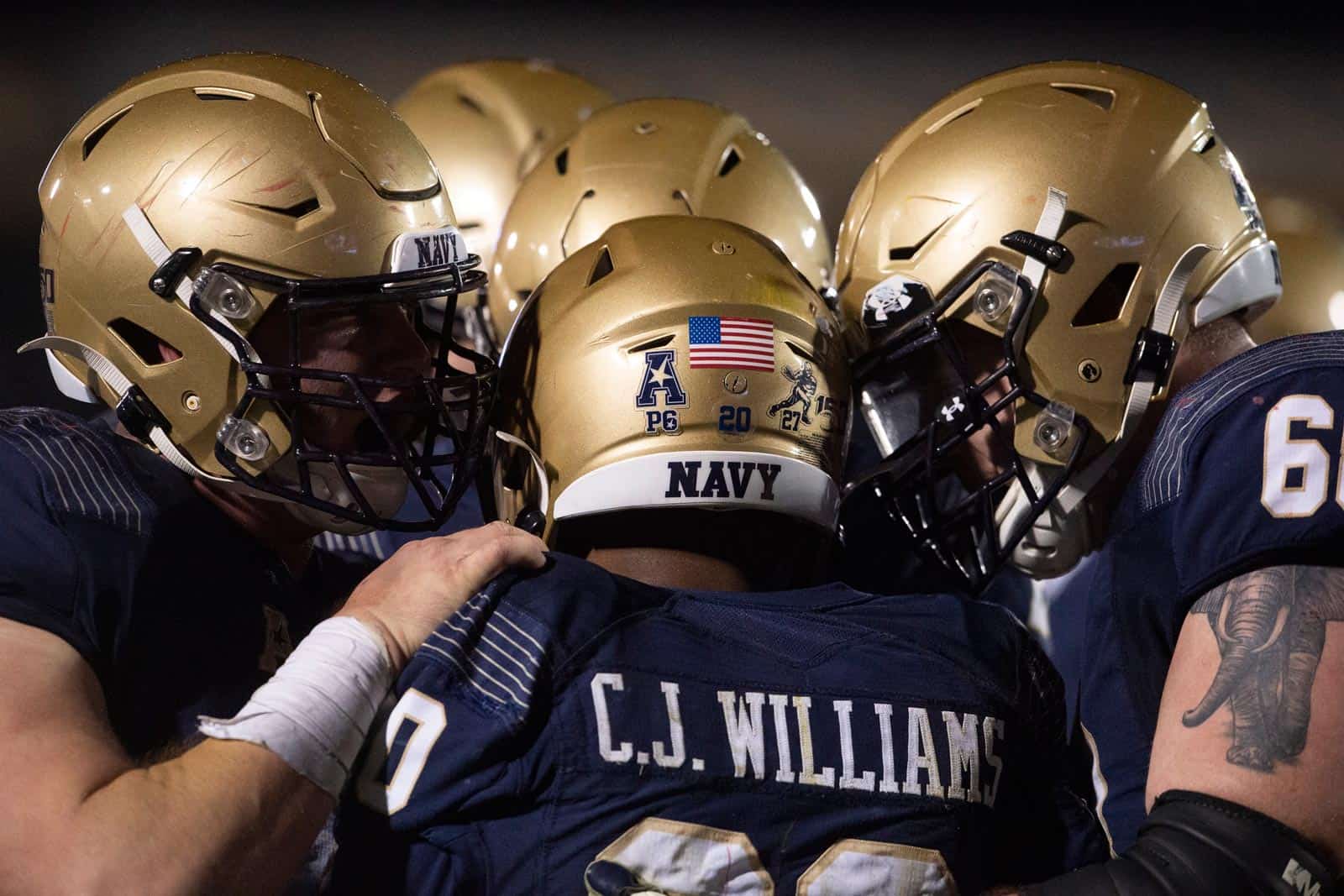 The Navy Midshipmen have posted their 2023 non-conference football schedule to their official website. The schedule includes games against Air Force, Army, Marshall, and Notre Dame.

Navy is set to kick off the 2023 season on the road against the Marshall Thundering Herd on Saturday, September 2. The game will mark the second meeting between the two schools following their first-ever contest scheduled for Sept. 4, 2021 at Navy.

The Midshipmen begin their annual pursuit for the Commander in Chief’s Trophy when they battle the Air Force Falcons on Saturday, October 21 at Navy-Marine Corps Memorial Stadium in Annapolis, Md. The Midshipmen defeated the Falcons last season, 34-25, but the Falcons still hold a 30-22 advantage in the overall series.

The Midshipmen are scheduled to travel to face the Notre Dame Fighting Irish at Notre Dame Stadium in South Bend, Ind., on Saturday, November 11. Notre Dame leads the series with Navy 79-13-1 and has won the last four meetings.

Navy’s final non-conference game in 2023 will be the 124th edition of the Army-Navy Game. The annual rivalry game will be played on Saturday, December 9 at a site to be announced.

Navy is scheduled to open the 2020 season in Week Zero against Notre Dame at Aviva Stadium in Dublin, Ireland. However, the game may have to be postponed and/or relocated due to the novel coronavirus (COVID-19) pandemic.

Only 5 home games is interesting. I wonder if they will try to finagle some future non-con series to get another non-conference home game this year.

Yes it is indeed only 5 home games as in the Army-Navy game Army is the home team and Navy is the away team.

Given Navy’s unique scheduling requirements, 5 true home games is not unusual for them. And they don’t have the same monetary concerns that other college programs have when it comes to scheduling home games.

Even when they are “home” to Notre Dame, the game is never played in Annapolis. Navy normally selects a “Navy” town with a large stadium, and offers Notre Dame and the stadium large blocs of tickets to sell. Five games a year in Annapolis isn’t unusual. Basically, Navy plays 4 conference home games plus Air Force or another non-conference opponent each year in Annapolis.