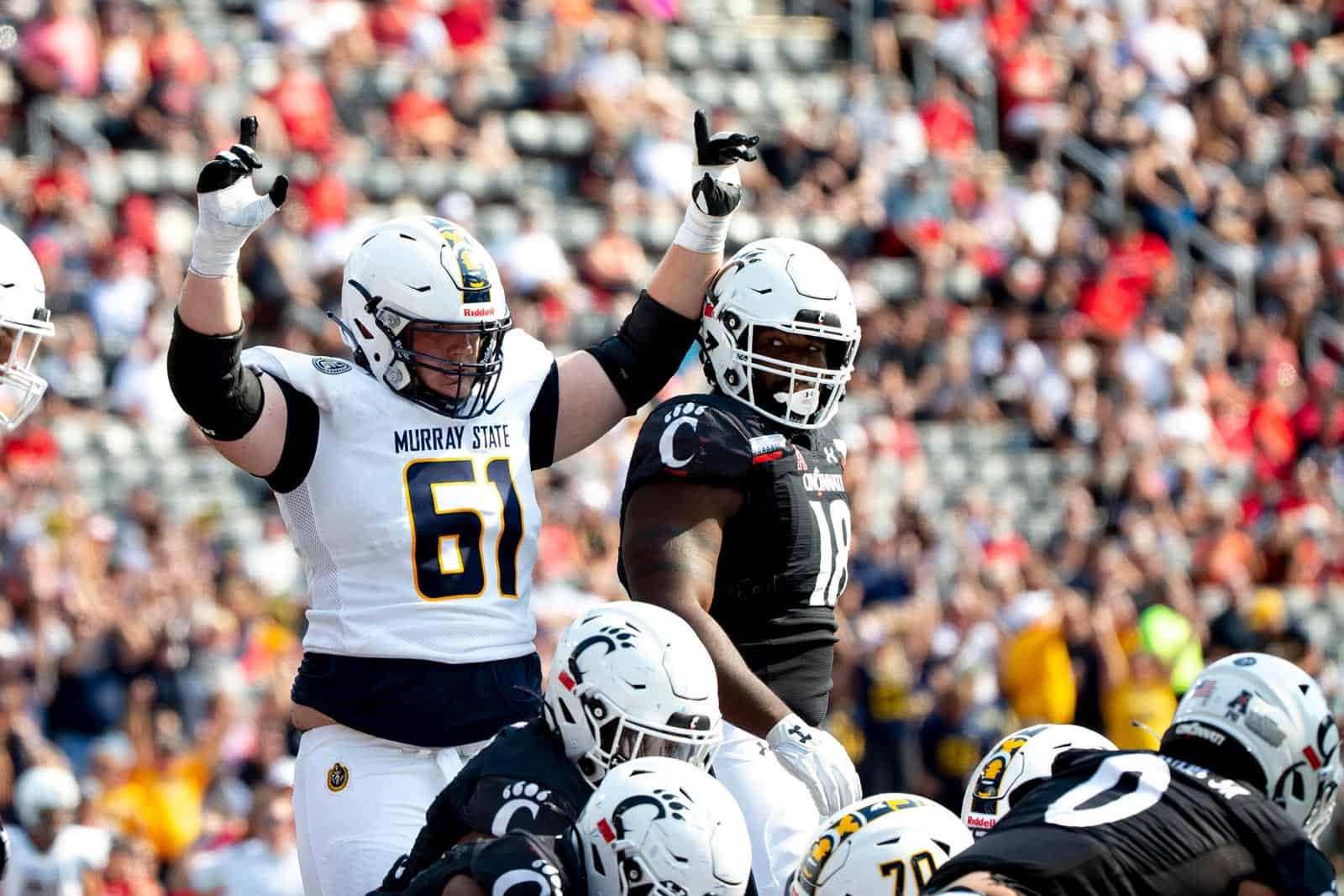 The Murray State Racers will play home-and-home football series with the Robert Morris Colonials and the Southeastern Louisiana Lions, FBSchedules.com has learned.

Murray State is scheduled to play both Robert Morris and Southeastern this season as part of their 2022 football schedule, which they announced in April. Both contests are part of home-and-home series, according to copies of contracts obtained from Murray State University.

The Racers are scheduled to host Robert Morris this season on Saturday, Nov. 12, 2022 at Roy Stewart Stadium in Murray, Ky. The series will conclude seven seasons later at Joe Walton Stadium in Moon Township, Pa., on Saturday, Sept. 1, 2029, according to the copy of the contract.

The 2022 Murray State-Robert Morris contest will mark the first-ever meeting between the two schools on the gridiron.

Murray State will open their series with Southeastern Louisiana on the road at Strawberry Stadium in Hammond, La., on Saturday, Oct. 1, 2022. The series will shift to Roy Stewart Stadium next season on Saturday, Sept. 23, 2023, per the contract copy.

In their first and only meeting on the gridiron in 1979, Southeastern Louisiana traveled to Murray and defeated the Racers 19-11.

Murray State is scheduled to open the 2022 season on the road against the Texas Tech Red Raiders on Saturday, Sept. 3. The Racers begin OVC action on Saturday, Oct. 8 at home against the UT Martin Skyhawks.

Murray State Racers are set to become a Member of the MVFC in 2023, right?