Murray State to play at Kentucky in 2027 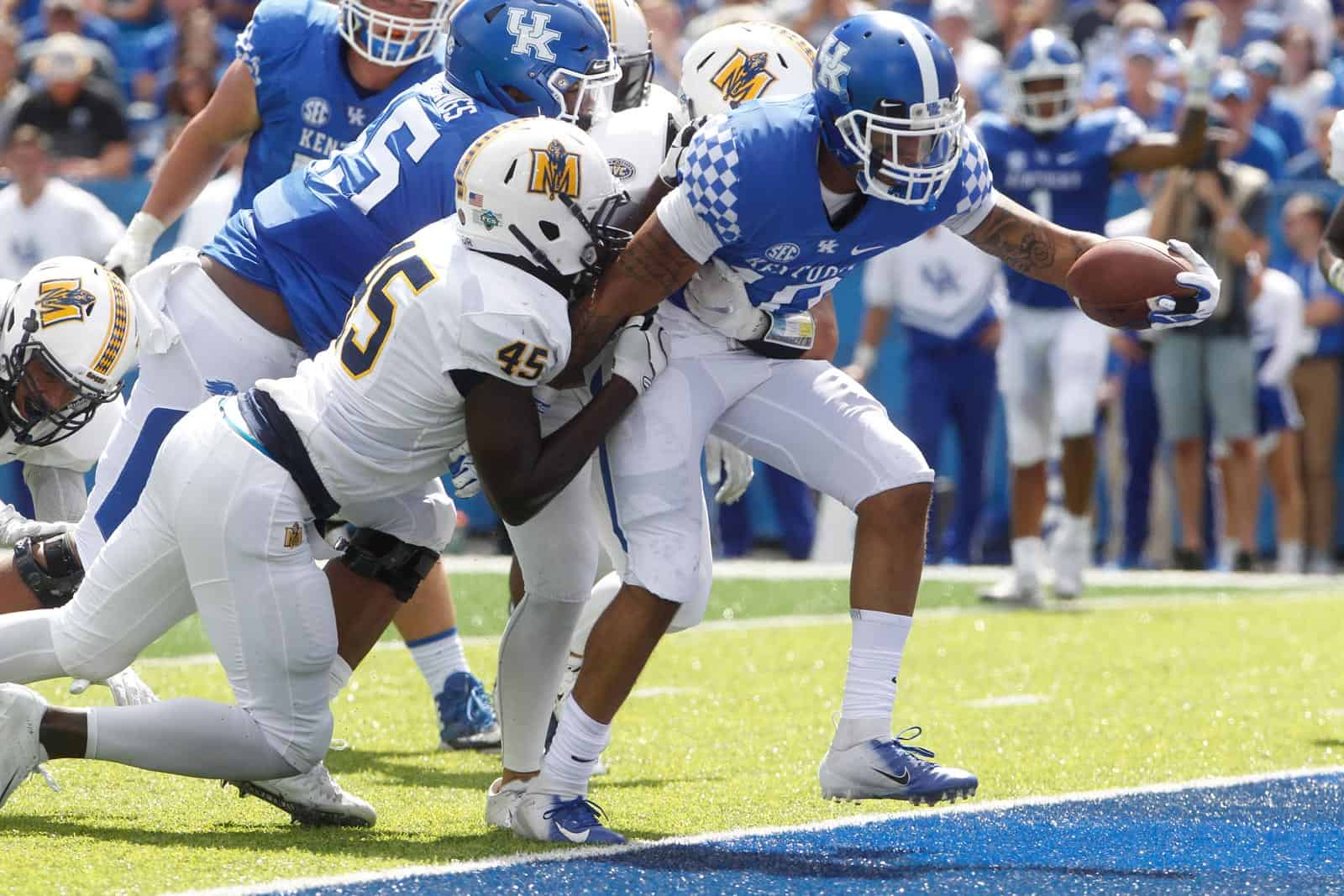 The Murray State Racers will play at the Kentucky Wildcats in 2027, FBSchedules.com has learned.

A copy of the game contract was obtained from Murray State University via a state public records request.

Murray State will travel to play Kentucky at Kroger Field in Lexington, Kentucky, on September 18, 2027. The Wildcats will pay the Racers a $650,000 guarantee for the game, according to the copy of the contract.

Murray State is also scheduled to play at Kentucky on November 16, 2024, which we reported in March. The Racers will receive a $600,000 guarantee for that contest.

Kentucky is the second non-conference opponent and first Football Bowl Subdivision (FBS) opponent for Murray State for the 2027 season. The Racers are also scheduled to play at Missouri State on Sept. 11.

Murray State also has eight other future games scheduled against FBS opponents. The Racers are slated to play at Georgia State and Louisville in 2020, at Cincinnati and Bowling Green in 2021, at Texas Tech and Ball State in 2022, at Louisville in 2023, and at Missouri in 2024.

Murray State is the third scheduled non-conference opponent for Kentucky in 2027. The Wildcats are currently slated to open the season on the road at Toledo on Sept. 4 and close the season at home against in-state rival Louisville on Nov. 27.

The two games recently scheduled against Murray State add to Kentucky’s slate of Football Championship Subdivision (FCS) opponents. The Wildcats are set to host UT Martin later this season, Eastern Illinois in 2020, Chattanooga in 2021, Youngstown State in 2022 and 2026, and Eastern Kentucky in 2023.