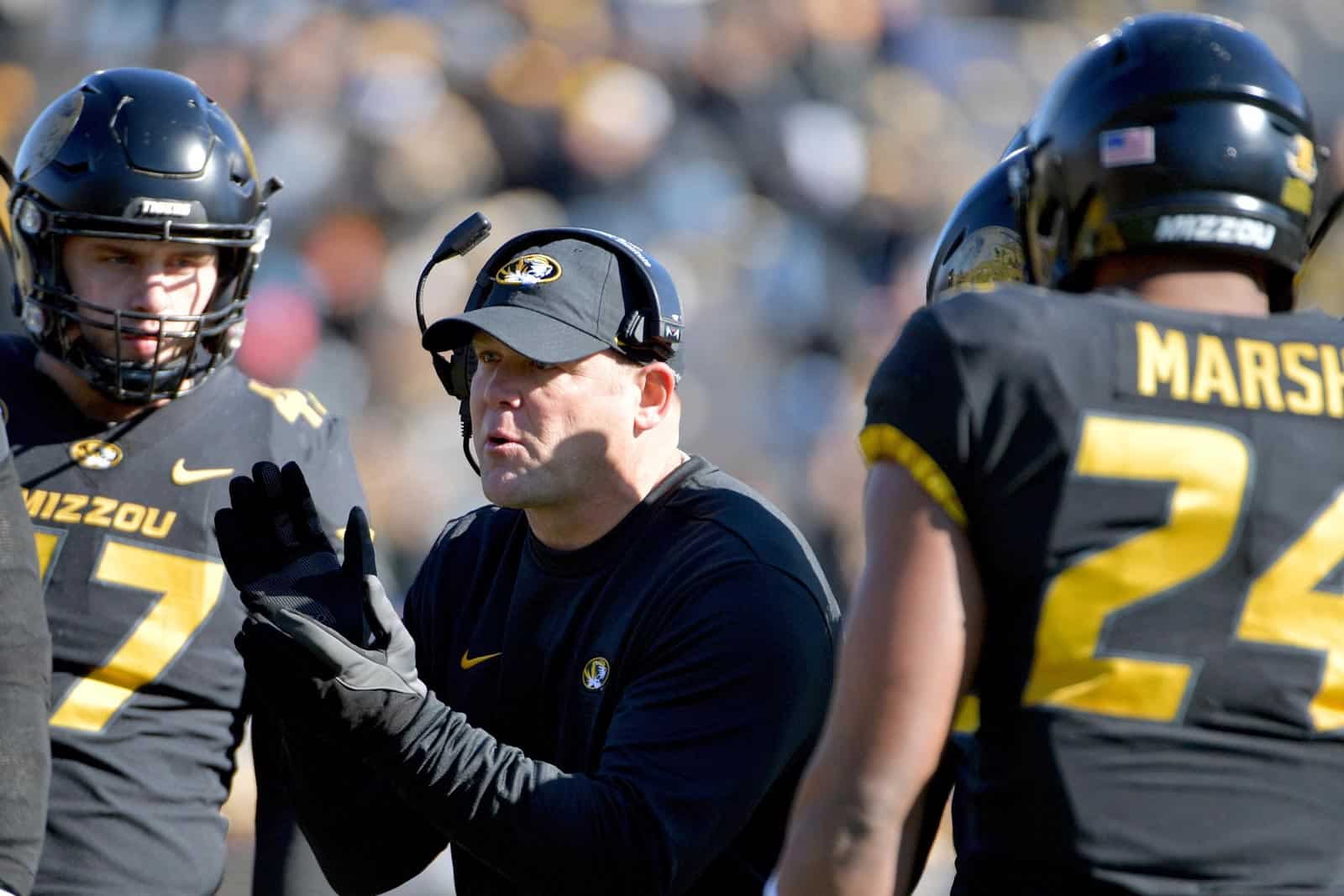 Missouri will host New Mexico State at Faurot Field in Columbia on Nov. 5, 2022. The game will mark the first-ever meeting between the two schools on the gridiron.

Note: Shortly after releasing their 2020 schedule, Missouri removed it from their release.

The Tigers then hit the road for their first away game of the season against the South Carolina Gamecocks on Sept. 19. Mizzou then returns home to host the Eastern Michigan Eagles on Sept. 26.

Back-to-back road games are up next for the Tigers. Missouri travels to take on the Tennessee Volunteers on Oct. 3, followed by a trip to Provo, Utah, to take on the BYU Cougars on Oct. 10.

The Georgia Bulldogs visit Faurot Field on Oct. 17, and then the Kentucky Wildcats visit on Oct. 24 for Mizzou’s Homecoming game.

After an off week on Oct. 31, Missouri heads out for consecutive road games at the Mississippi State Bulldogs on Nov. 7 and at the Florida Gators on Nov. 14.

Missouri closes out the 2020 regular-season with back-to-back home games against the Louisiana Ragin’ Cajuns on Nov. 21 and the Arkansas Razorbacks on Nov. 28.

Note that since Mizzou’s schedule was released and subsequently pulled, all dates are tentative and subject to change.

at least Mizzou travels to BYU

Please provide context GatorHater when you post. Texas A&M cancelled with Oregon late in the scheduling game so Oregon had to scramble to fill that 2018 date.

Sam please provide context when making excuses. Texas A&M canceled the series with Oregon in October of 2014. This gave the Duck over 3 years to find an opponent. Not impossible…