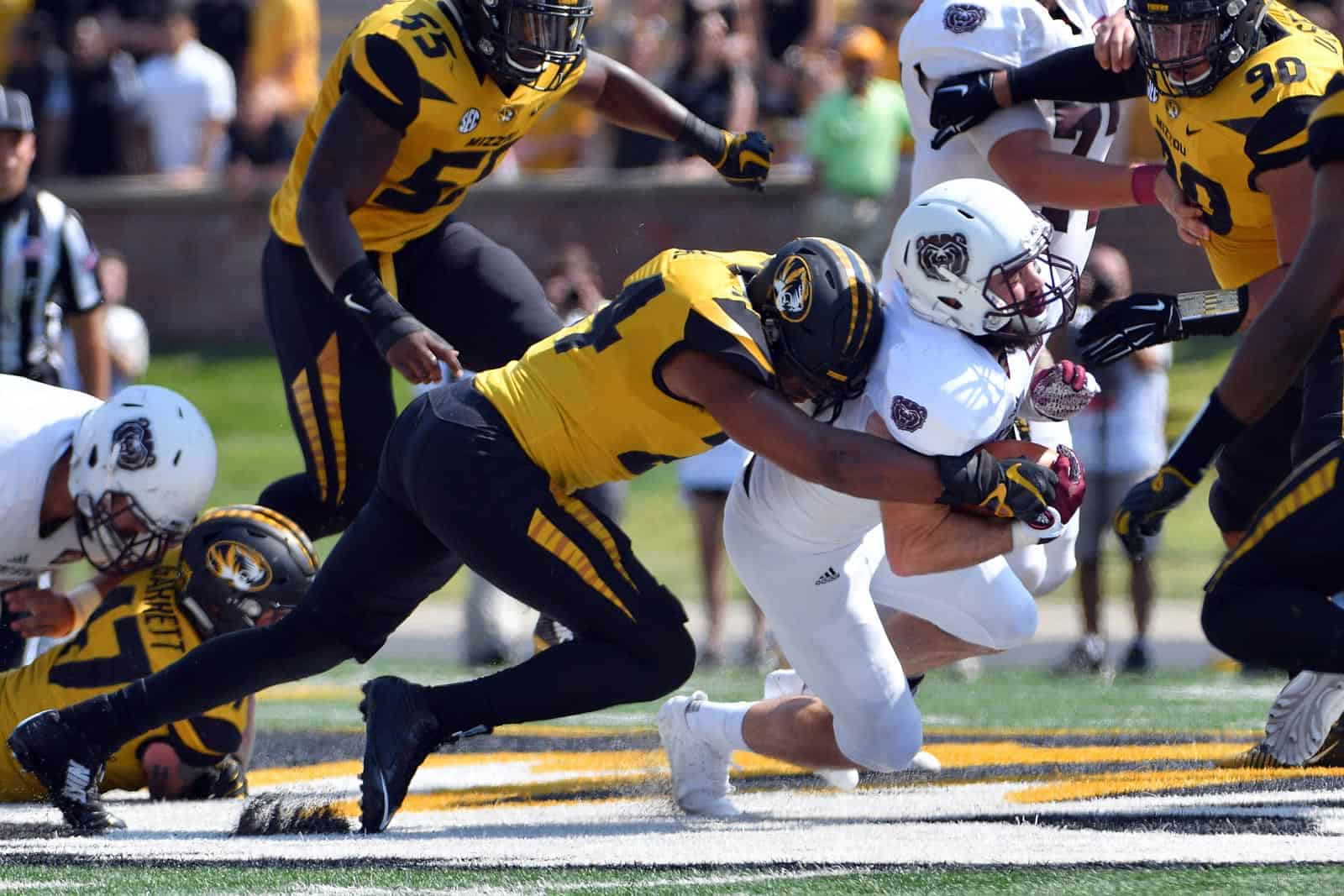 The Missouri Tigers have added the Missouri State Bears to their 2033 football schedule, FBSchedules.com has learned.

A copy of the football game contract with the University of Missouri was obtained from Missouri State University via a state open records request. The contract was executed on May 20, 2021.

Missouri will host Missouri State at Faurot Field in Columbia, Mo., on Saturday, Sept. 3, 2033. The Tigers will pay the Bears a $550,000 guarantee for the game, per the copy of the contract.

Missouri and Missouri State first met on the gridiron in 1923 and then played again a second time 94 years later in 2017. The Tigers won both contests, 10-0 and 72-43, respectively.

The two schools are also scheduled to meet in Columbia on Sept. 1, 2029, which we previously reported back in 2019. Missouri State will also receive a $550,000 guarantee for that contest.

Missouri State is the fourth and final non-conference opponent scheduled for Missouri for the 2033 season. The Tigers are also scheduled to play at San Diego State (Sept. 10) and host both Illinois (Sept. 17) and Army (Oct. 15) that season.

Missouri’s future non-conference football schedule is complete through the 2031 season. The Tigers need one additional opponent in 2032, which will likely come from the Football Championship Subdivision (FCS).

I recognize that Mizzou has its hands full in the SEC, but looking ahead, its nonconference opponents in the coming years are a bunch of tomato cans.

I agree, I hate that the almighty SEC is still playing FCS teams. Missouri seems content to add 1 low level P5 teams, 2 low level G5 teams and a FCS team. I guess they expect to win those 4 games then win 2 SEC games to get bowl eligible.