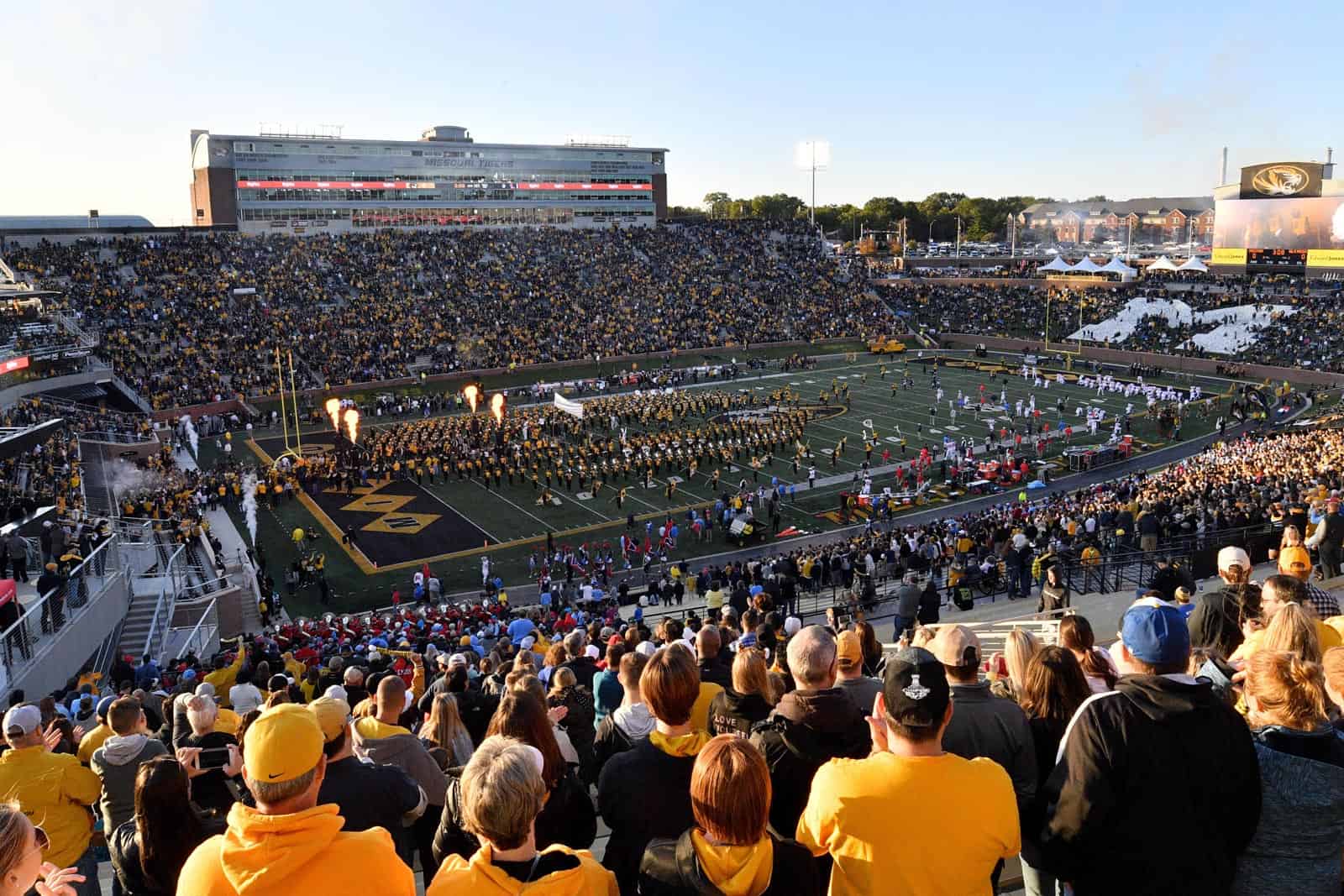 The Missouri Tigers have added games against the Arkansas-Pine Bluff Golden Lions and the Missouri State Bears to their future football schedules, FBSchedules.com has learned.

Copies of contracts for both games were obtained from the University of Missouri via a state public records request.

Missouri will host Arkansas-Pine Bluff at Faurot Field in Columbia, Mo., on Saturday, Sept. 5, 2026. The Tigers will pay the Golden Lions a $550,000 guarantee for playing the game, according to the copy of the contract.

The 2026 contest between Missouri and Arkansas-Pine Bluff will mark their first-ever meeting on the gridiron.

Arkansas-Pine Bluff is a member of the Southwestern Athletic Association (SWAC) in the Football Championship Subdivision (FCS). Through 10 games this season, the Golden Lions are 5-5 overall and 2-4 in SWAC play.

Missouri State competes in the Missouri Valley Football Conference (MVFC) in the FCS. The Bears are 1-8 overall and 1-5 in MVFC play through nine games this season.

With the addition of games against Arkansas-Pine Bluff and Missouri State, Missouri now has two non-conference games scheduled for both the 2026 and 2029 seasons. The Tigers’ other scheduled opponent each season is the Illinois Fighting Illini.