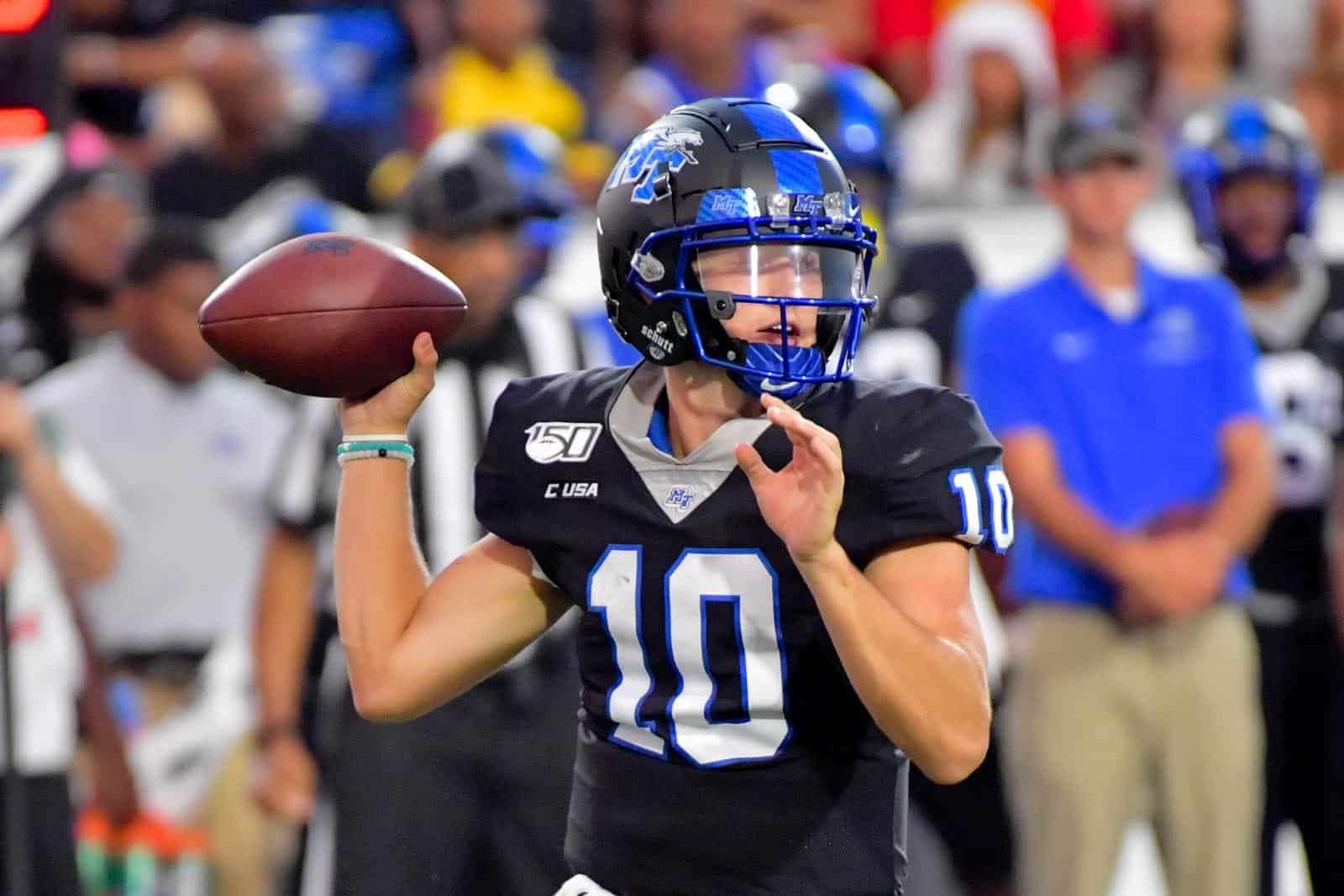 The Middle Tennessee Blue Raiders will open the 2020 football season at the Army West Point Black Knights, the school announced on Monday.

Middle Tennessee will travel to take on Army at Michie Stadium in West Point, N.Y., on either Friday, Sept. 4 or Saturday, Sept. 5. The game will mark the first-ever meeting between the two schools on the gridiron.

“We are excited to open the season with a national opponent and this match up should generate a lot of interest,” Middle Tennessee Director of Athletics Chris Massaro said. “It will be great for our program. As one would expect the administration at Army West Point and we look forward to the return game in Murfreesboro in the future.”

A date for the back end of the home-and-home series was not announced.

Middle Tennessee also confirmed today that they will play an in-season home-and-home series with the Troy Trojans. The Blue Raiders will host the Trojans at Johnny “Red” Floyd Stadium in Murfreesboro, Tenn., on Sept. 19 before the series shifts to Veterans Memorial Stadium in Troy, Ala., on Nov. 21.

Army, a Football Bowl Subdivision (FBS) Independent, now has six games scheduled for the 2020 season. The Black Knights have been the victim of several game cancellations, including a much anticipated Sept. 26 matchup with the Oklahoma Sooners in West Point.

Army actually has 6 games on the schedule now. The UConn game presumably is also cancelled.

Yeah, I just read our own schedule incorrectly.

And now 5 with Air Force presumably not playing Fall football.

Or maybe Air Force still plays the other service academies. Now Army needs to move the Rice game. This stuff is crazy!