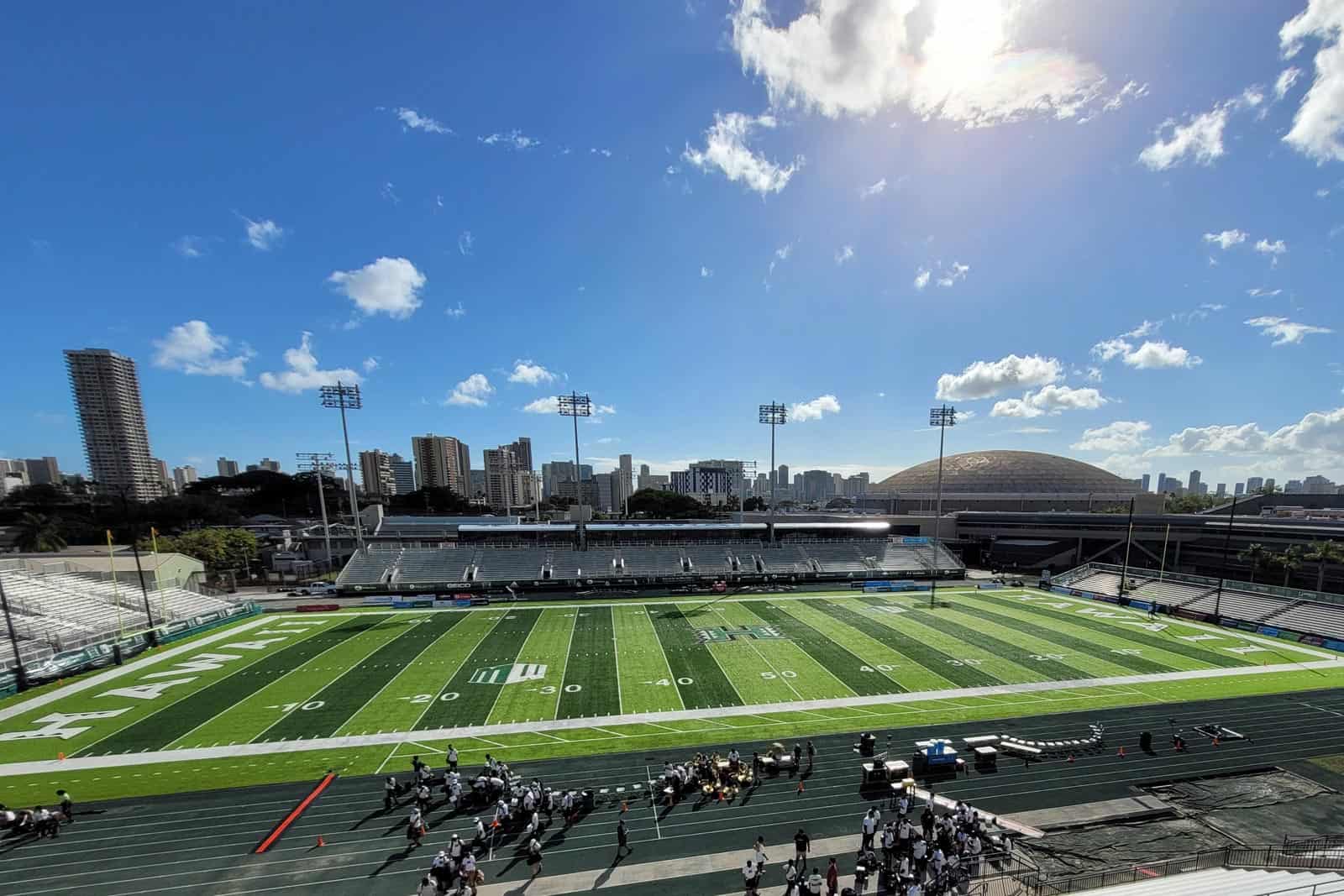 The Middle Tennessee Blue Raiders and the San Diego State Aztecs will play in the 2022 EasyPost Hawai’i Bowl, the bowl has officially announced.

News of the EasyPost Hawai’i Bowl matchup was first reported on Monday by Brett McMurphy of The Action Network.

Middle Tennessee and San Diego State will square off on Saturday, December 24, 2022 at the Clarence T. C. Ching Athletics Complex in Honolulu, Hawai’i. The game, which will be played on Christmas Eve, will kickoff at 8:00pm ET (3:00pm local time) and it will be televised nationally by ESPN.

The post-season bowl matchup will mark the first-ever meeting between Middle Tennessee and San Diego State on the gridiron.

The Hawai’i Bowl hasn’t been played since the 2019 season. Both the 2020 and 2021 contests, which were also scheduled for Christmas Eve, were canceled due to the COVID-19 pandemic.

Middle Tennessee heads into the Hawai’i Bowl on a three-game winning streak. The Blue Raiders finished the 2022 regular-season 7-5 overall and 4-4 in Conference USA play.

San Diego State will also enter the Hawai’i Bowl with a 7-5 overall record (5-3 Mountain West), but dropped their final regular-season contest at home against Air Force, 13-3.

The EasyPost Hawai’i Bowl is the second confirmed bowl matchup. The Miami RedHawks will take on the UAB Blazers in the HomeTown Lenders Bahamas Bowl, which kicks off the 2022-23 bowl season on Friday, Dec. 16.