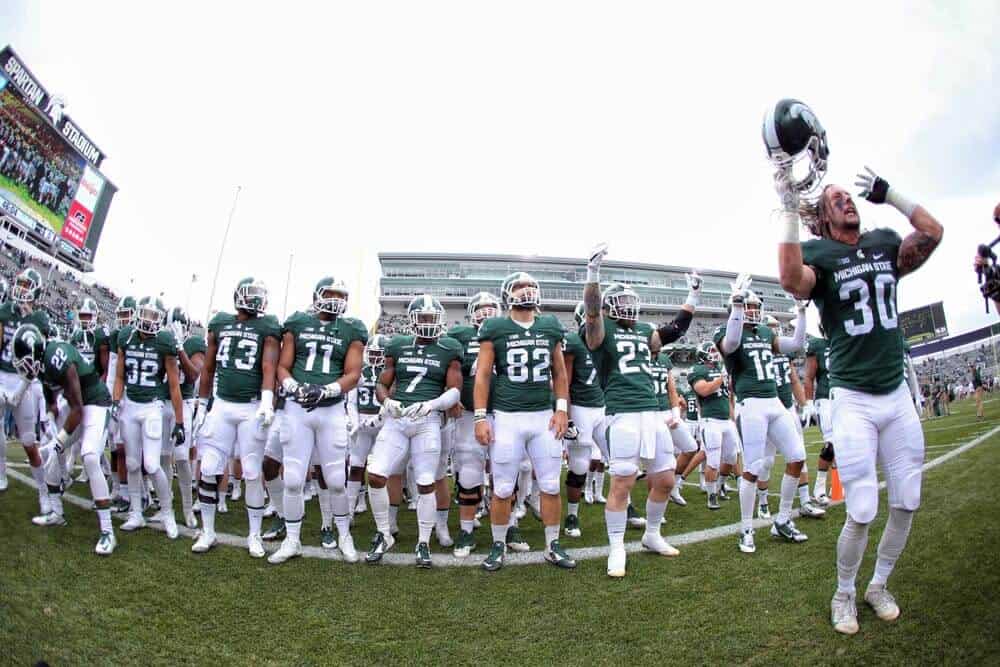 The Michigan State Spartans have added the Tulsa Golden Hurricane to their 2019 football schedule, FBSchedules.com has learned.

Michigan State will host Tulsa at Spartan Stadium in East Lansing on Aug. 31, 2019. Tulsa will receive a $1.2 million guarantee for the game, according to a copy of the contract obtained from Michigan State University via a public records request.

The 2019 contest between Michigan State and Tulsa will be their first-ever meeting on the gridiron.

The addition of Tulsa, a season-opening matchup, tentatively completes Michigan State’s schedule for the 2019 season. The Spartans are also scheduled to host both Western Michigan on Sept. 7 and Arizona State on Sept. 14.

Tulsa already had four non-conference games scheduled for 2019, so one previously announced game will likely either be postponed to a later season or canceled altogether.

In American Athletic Conference action in 2019, Tulsa is slated to host UCF, Houston, Memphis, and Navy and travel to Cincinnati, East Carolina, SMU, and Tulane.

Tulsa has been scheduling the big boys lately. Last season a trip to Ohio State, this year playing at Oklahoma State then next year at Texas and Arkansas. Besides the MSU game they will go to Oklahoma State again and Ole Miss in 2022. Not bad for a school of 5500 students.

If MSU isn’t a big boy, then neither is Texas or Arkansas

Now this is what I see as good scheduling on both ends.

MAC and AAC schools tend to be volatile, but still…ASU, WMU, and Tulsa in one year with 9 conference games to go with it is a hell of a schedule by any standard.

Good scheduling by both teams,MSU doesn’t have any easy outs in 2019.

They Never have an easy out with how they are playing !!!