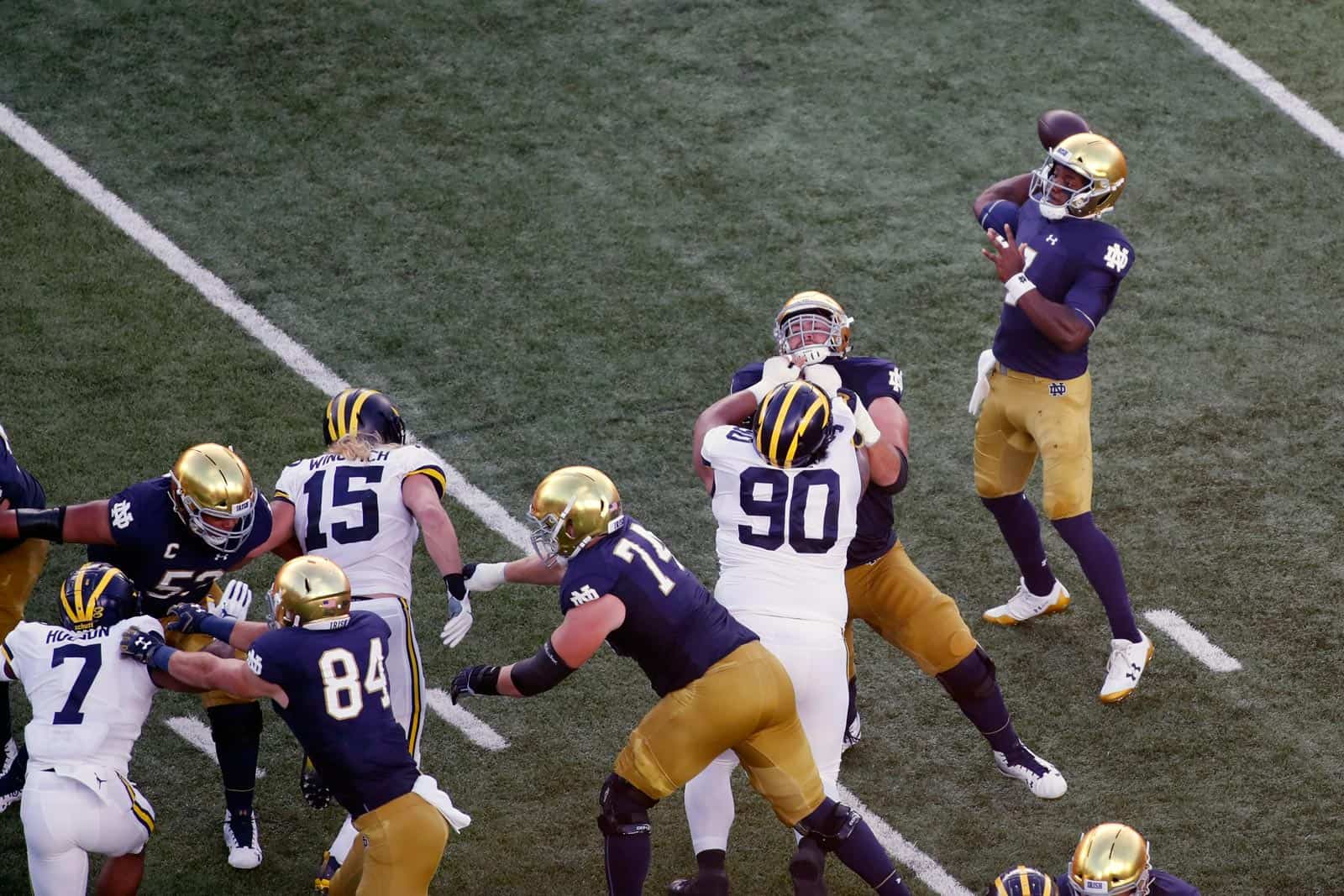 The Michigan Wolverines and the Notre Dame Fighting Irish have scheduled a home-and-home football series for 2033 and 2034, both schools announced on Saturday.

The series will kick off with Michigan hosting Notre Dame at Michigan Stadium in Ann Arbor, Mich., on Sept. 3, 2033. The Wolverines will then travel to take on the Fighting Irish the following season at Notre Dame Stadium in South Bend, Ind., on Sept. 2, 2034, which will conclude the two-game series.

Michigan and Notre Dame are set to meet tonight in Ann Arbor (7:30pm ET, ABC), which will be the 43rd overall meeting between the two schools on the gridiron. The Fighting Irish defeated the Wolverines last season in South Bend, 24-17, but Michigan still leads the series 24-17-1.

Notre Dame is the first scheduled non-conference opponent for Michigan for both the 2033 and 2034 seasons.

The Fighting Irish, which play as a Football Bowl Subdivision (FBS) Independent, now have six opponents lined up for 2033 and 2034. Other opponents for Notre Dame in 2033 include Pitt and Virginia Tech at home and Duke, Boston College, and Louisville on the road.

In 2034, Notre Dame is scheduled to host Clemson, Syracuse, and Virginia and travel to Miami (FL) and Pitt. Barring any future changes, the Fighting Irish will likely play Navy, Stanford, and USC in both seasons as well.

The Michigan-Notre Dame series in 2033-34 joins two others already on the schedule for that time frame — Ole Miss-Purdue and Boise State-BYU.

Based on the timing of most ND-Michigan games over the past 15-20 years, I would have thought this would be more likely for the season’s second weekend as opposed to the first.

well hopefully they meet in the postseason before then

They probably will. I would say at least once or twice before 2033

I doubt ND wants to play Ohio State, Michigan, and Clemson in the same year. It would make sense for Michigan though.

Will Michigan cancel this series so they can have 7 home games ;-)

Have to wait 14 years for the next game? What a joke.