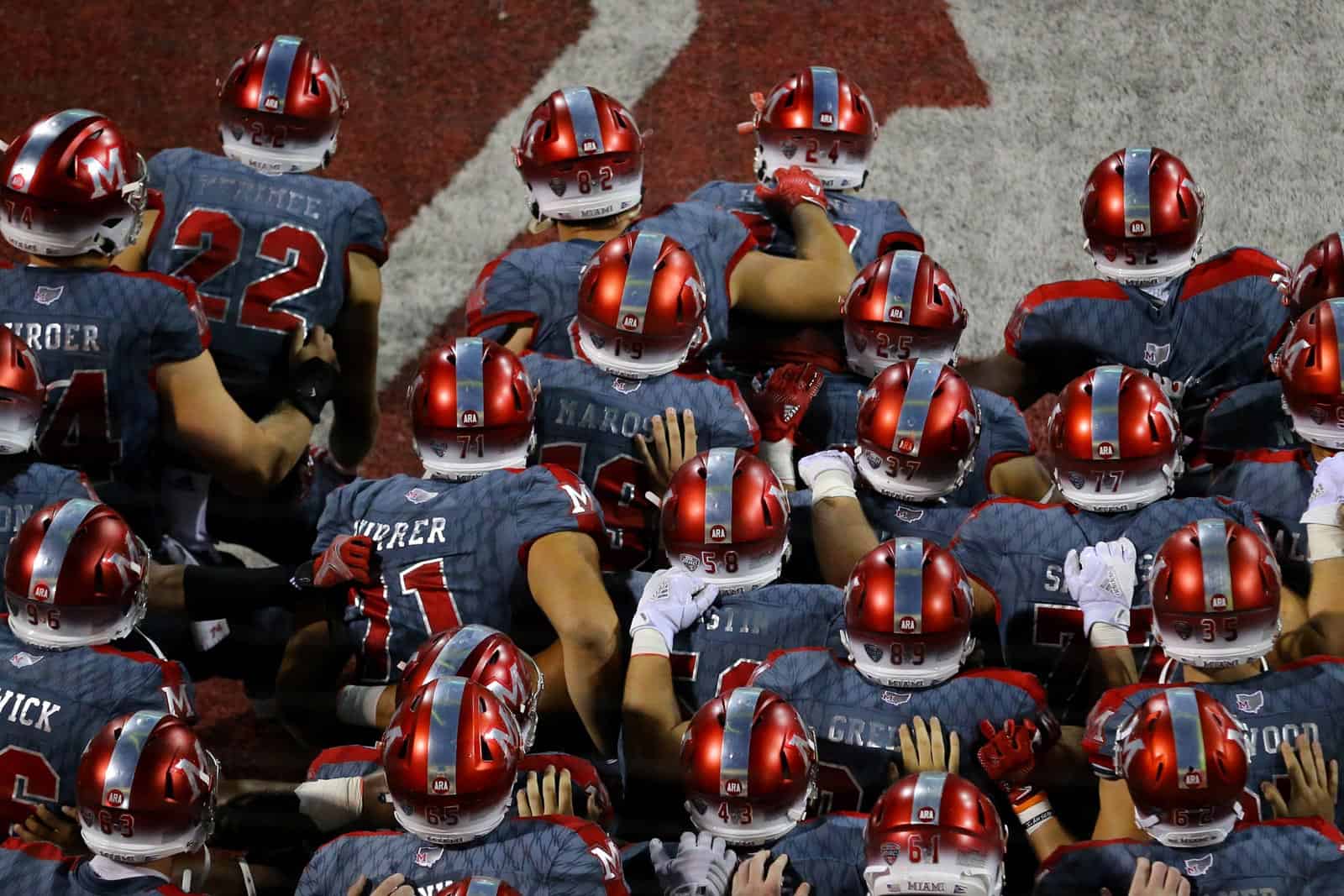 The Miami (Ohio) RedHawks and the Liberty Flames have scheduled a home-and-home football series for 2023 and 2025, FBSchedules.com has learned.

A copy of the contract was obtained by FBSchedules.com from Miami University via a state open records request.

In the first game of the series, Miami will host Liberty at Yager Stadium in Oxford, Ohio on Sept. 30, 2023. Two seasons later, the RedHawks will travel to face the Flames at Williams Stadium in Lynchburg, Virginia on Sept. 27, 2025.

The 2023 contest between Miami and Liberty will be their first-ever meeting on the gridiron.

Liberty is set to play their first game as an FBS Independent this season on Saturday, Sept. 1 at home against the Old Dominion Monarchs.

The addition of future games with the RedHawks gives the Liberty Flames seven scheduled games in 2023 and eight in 2025.

In 2023, Liberty is scheduled to host Bowling Green, Eastern Michigan, and UMass and play at Coastal Carolina, Buffalo, and Marshall.

Scheduled opponents for the Flames in 2025 include Wake Forest, Western Kentucky, Ball State, and UMass at home in Lynchburg and Army, Georgia Southern, and Duke on the road.

This is what I don’t understand about the independents besides Notre Dame, what is the goal? They aren’t in a conference so they can’t win a conference championship and if you look at the schedules of the non-Notre Dame independents even if they went undefeated I don’t think those teams would even sniff a New Year’s Six Bowl except for maybe BYU.

It would seem to be more of win-win for the schools if some of the Group of 5 conferences took on those schools. Then to me there would be more of a defined goal.