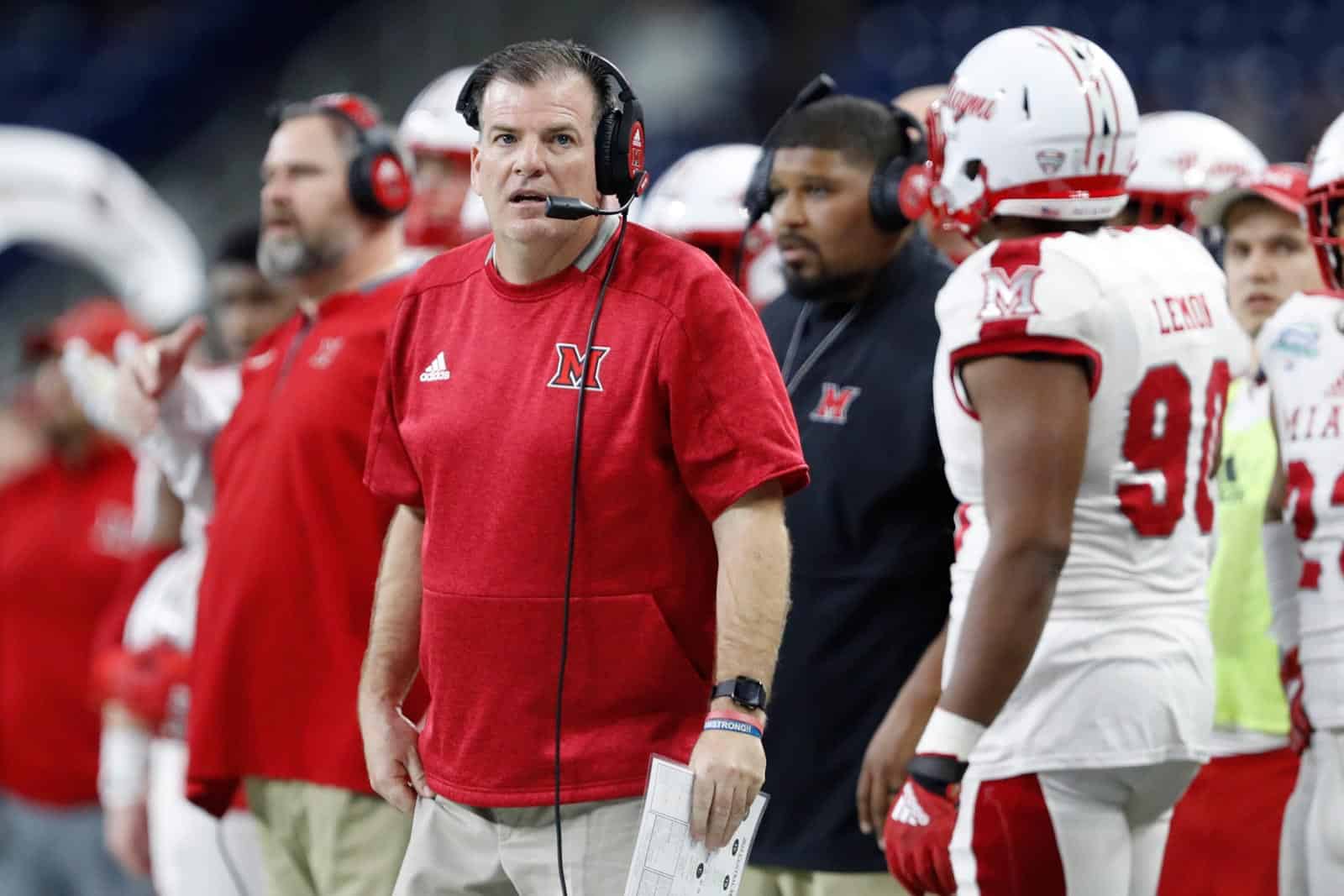 The Miami (Ohio) RedHawks have added the Robert Morris Colonials to their 2022 football schedule, FBSchedules.com has learned.

Miami will host Robert Morris at Yager Stadium in Oxford, Ohio, on Saturday, Sept. 10, 2022. The RedHawks will pay the Colonials a $335,000 guarantee for playing the game, according to a copy of the contract obtained from Miami University.

The 2022 contest between Miami and Robert Morris will mark their first-ever meeting on the gridiron.

Robert Morris is a member of the Northeast Conference (NEC) in the Football Championship Subdivision (FCS). The Colonials finished the 2019 season 7-5 overall and 6-1 in NEC play.

The addition of Robert Morris tentatively completes Miami’s non-conference football schedule for the 2022 season. The RedHawks are scheduled to open the season on the road against the Kentucky Wildcats on Sept. 3.

Other non-conference opponents for Miami in 2022 include the in-state rival Cincinnati Bearcats at Paul Brown Stadium on Sept. 17 and a trip to take on the Northwestern Wildcats on Sept. 24.

Miami (Ohio) is the second known non-conference opponent for Robert Morris in 2022. The Colonials are also slated to host the Morehead State Eagles on Sept. 17.