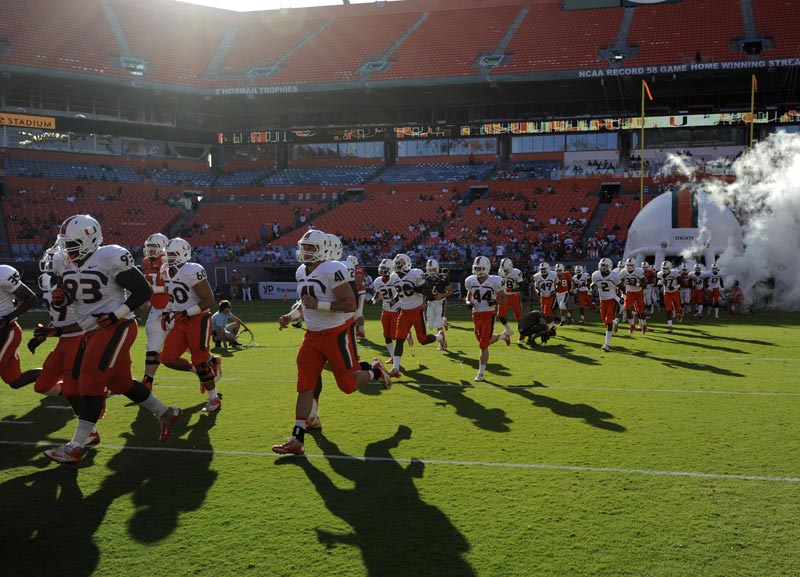 The Miami Hurricanes and the Florida International Golden Panthers have scheduled a home-and-home football series for 2018 and 2019, both schools announced today in a joint press conference.

News of the series renewal was first reported last month by Barry Jackson of the Miami Herald.

Miami will host the first game of the series at Sun Life Stadium on Sept. 22, 2018. The second game will be played in November 2019 and will technically be an FIU home game, but will not be played at FIU Stadium. Instead, the two will meet at Marlins Park, Sun Life Stadium or another venue.

#FIU AD Pete Garcia on the 2019 FIU home game, says game can be at Marlins Park possibly… endless other possibilities too

The two schools first met in 2006 and then again in 2007, with Miami coming out on top in each contest.

But the 2006 contest was marred by a bench-clearing brawl in the third quarter. After Miami went up 14-0, a fight broke out which resulted in the ejection of eight FIU players and five Miami players.

Miami was scheduled to play at Rutgers on Sept. 22, 2018, so that game is now in limbo. Rutgers does have open dates on Sept. 1 and Oct. 27, so the game could be moved there.

No matter where they play this game, both teams can walk to the stadium. Schools are so close to each other.

It’s 21 miles from UM’s campus in Coral Gables to its home stadium, Sun Life. Maybe the teams can handle that walk, but at my age, I’ll take the shuttle, thank you.