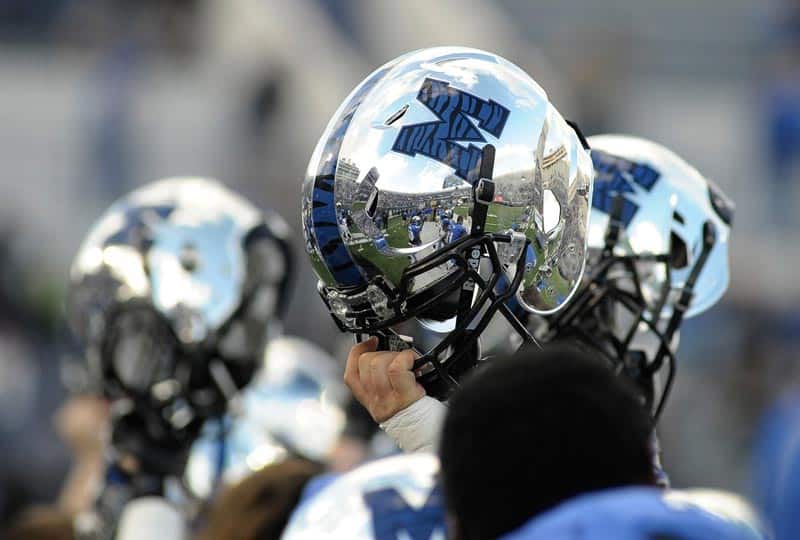 Memphis will travel to face Georgia State in Atlanta on Nov. 18, 2017. The Tigers will then host the Panthers at Liberty Bowl Memorial Stadium in Memphis the following season on Sept. 15, 2018.

The series, which was officially announced by Georgia State today, will mark the first contests on the gridiron between the schools.

Memphis has also scheduled a home-and-home football series with the South Alabama Jaguars, per a report by Bryan Moss of TigerSportsReport.com.

According to Moss, the Tigers will host the Jaguars in Memphis in 2018 and will then travel to face them at Ladd-Peebles Stadium in Mobile in 2019. The 2018 game will be the first meeting between the two schools.

The Tigers are not looking to challenge themselves with those two schools.

South Alabama is a feisty team, especially at home in Mobile. In recent memory, Memphis hasn’t exactly been impressive itself until this year (10 wins this year, when their previous 5 year win total combined was 12).
As for Georgia State… that is a joke.

Tigers cancel series with their oldest rival to add games with two sun belt teams. Not only do they play single home and home games. The give both South Alabama and Georgia St the first game. Hell Georgia St didn’t even have a football team 6 years ago. The ONLY way we should be playing these guys home and home would be a two for one deal. For some reason Bowen has given every team we have signed against the first game in the series. Now looks like UCLA nay be looking to buy out of the return game. Bowling Green announced games with us and KSU on the same day. KSU did not give them a return game. Not only do we give them a return game we give the the first game. PLEASE U of Cal take this Bozo of an AD away from us.