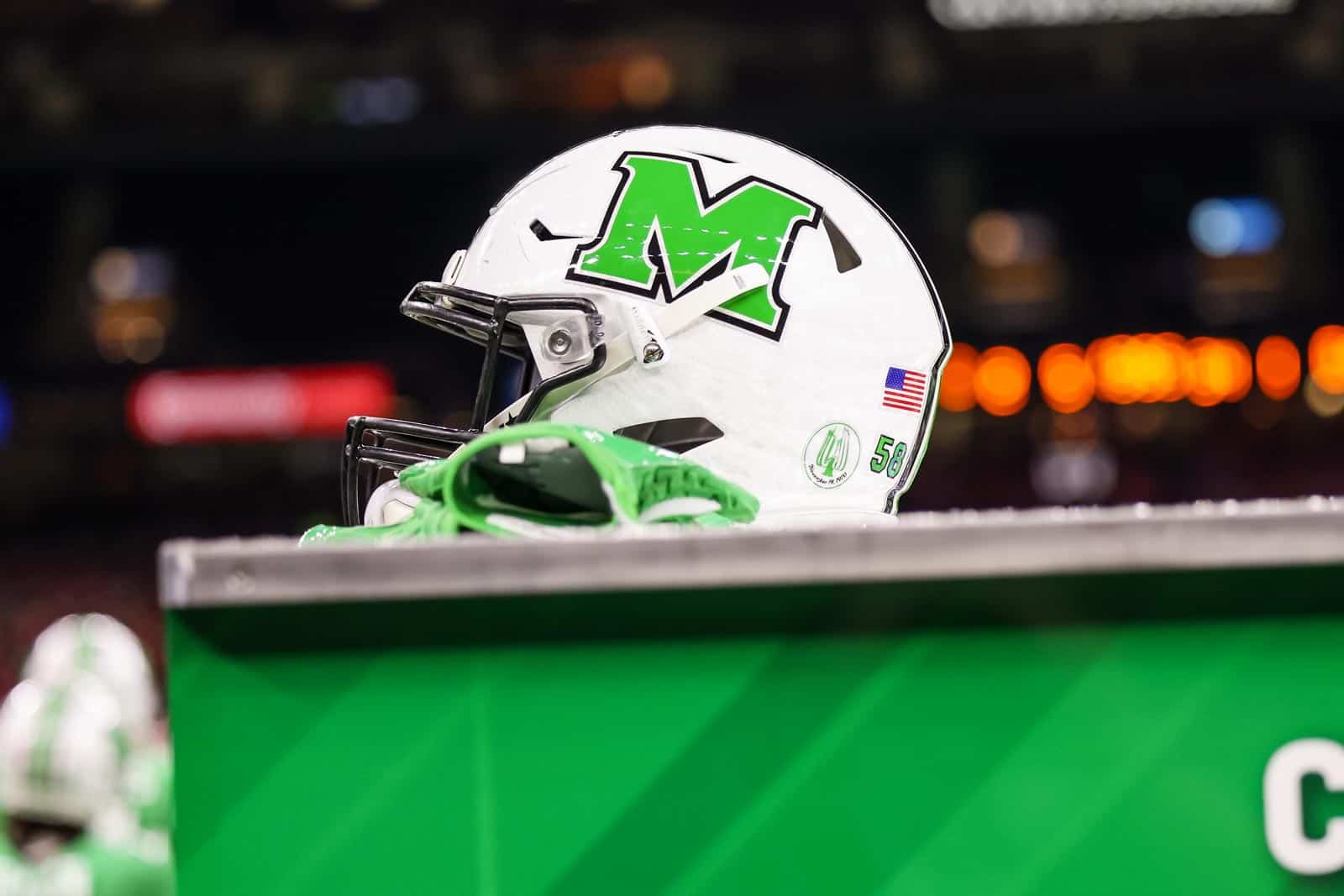 The Marshall Thundering Herd and the Middle Tennessee Blue Raiders have scheduled a home-and-home football series for the 2025 and 2026 seasons, FBSchedules.com has learned.

The 2026 Marshall-Middle Tennessee game was previously reported by the Huntington (W.Va.) Herald-Dispatch. According to a copy of the contract obtained from Marshall University by FBSchedules.com, the two schools will also meet during the 2025 season.

In the first game of the series, Marshall will travel to take on Middle Tennessee at Johnny “Red” Floyd Stadium in Murfreesboro, Tenn., on Saturday, Sept. 20, 2025. The series will conclude the following season when the Thundering Herd host the Blue Raiders at Joan C. Edwards Stadium in Huntington, W.Va., on Saturday, Sept. 12, 2026.

Marshall and Middle Tennessee first met on the gridiron in 1992 in Huntington. The Blue Raiders won the most recent contest in 2021, 34-28 in Murfreesboro, but the Thundering Herd still lead the overall series 6-5.

Marshall was previously scheduled to host the Ohio Bobcats on Sept. 20, 2025, so that game will likely be postponed to another season. The Thundering Herd are slated to visit the Bobcats on Sept. 11, 2027.

Marshall will host the Central Connecticut Blue Devils on Saturday, Sept. 16, 2023. The Thundering Herd will pay the Blue Devils a $375,000 guarantee for the contest.

The following season, the Stony Brook Seawolves will travel to Huntington to take on Marshall. The game will be played on Saturday, Aug. 31, 2024 and the Seawolves will receive a $330,000 guarantee for playing the game.

If all goes according to plan, Middle Tennessee could be in the American in 2025

Possibly, but if anything MTSU and WKU will go to the MAC.
If the Pac-12 adds schools from the MWC, then the MWC will add UTEP and/or NMSU, which could lead to the demise of C-USA.

The MTSU/WKU to MAC ship has sailed.

The MW is more likely to raid the Big Sky if they suffer defections.

The Big 12 will be a 14-team league for two seasons before OU and Texas leave. The Big 12 could start new TV deals in 2025 that give them huge financial incentives to add more members beyond the 12 committed to the conference beyond 2024 – with Boise State, Memphis, SMU, South Florida, Temple, and Tulane as my picks, which would end the American’s own 14-team experiment.

The American would poach the last two big-market schools that were in C-USA prior to the latest round of realignment – FIU and Middle Tennessee, settling once again for being an 11-team league.

C-USA would respond by grabbing Austin Peay, Central Arkansas, Kennesaw State, and North Alabama from the ASUN, and McNeese from the Southland.

Also, if the Sun Belt adds Eastern Kentucky to the East Division and Stephen F. Austin to the West Division in 2024, I see the Sun Belt going to a 9-game conference schedule, with 7 division games, and 2 rotating crossover games. This would force Sun Belt teams to postpone OOC games in seasons where 4 are currently scheduled to later seasons in most cases, with some probably canceled outright.

I haven’t heard anything that the Sun Belt is adding anymore teams. Any sources to back that information up.

I want this to happen so that the Sun Belt can schedule exclusively division games on Thanksgiving week, with the following games always played that week:

All the conferences should play their big rivalries on Thanksgiving week.