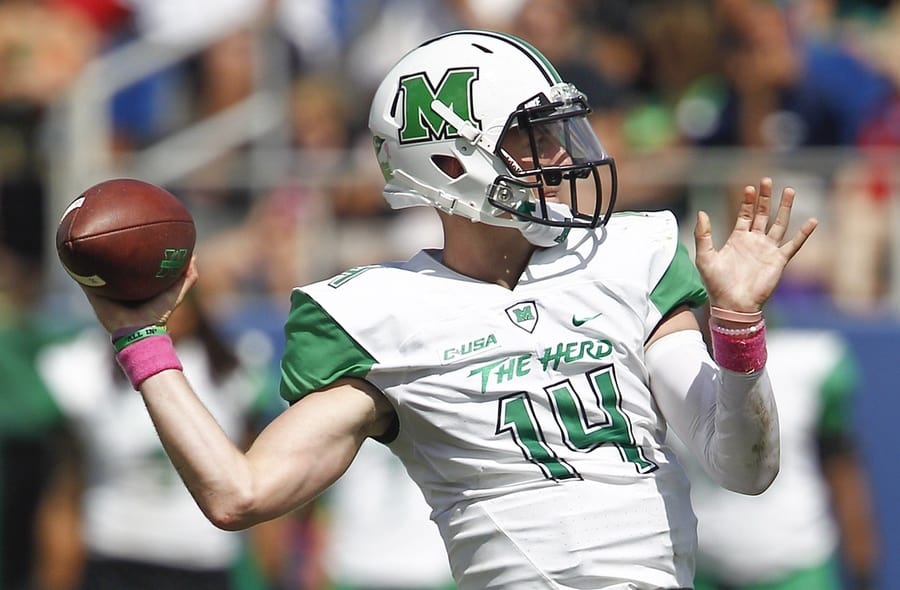 Marshall and Cincinnati will play a home-and-home in 2017 and 2019. (Reinhold Matay-USA TODAY Sports)

Marshall and Cincinnati will play a home-and-home series in 2017 and 2019, the schools announced Thursday.

The Thundering Herd will travel to Cincinnati’s Nippert Stadium to face the Bearcats on September 23, 2017.  The Bearcats make the reasonable trek back to Huntington’s Joan C. Edwards Stadium on September 28, 2019.

Both schools’ 2017 non-conference slates are now complete. The Herd will face Miami (OH) and Kent State at home (September 2 and 16, respectively), sandwiched around a September 9 trip to NC State.

This is a great home and home series. Not far from each other.

Marshall also has scheduled a home and home with Boise State.

This is a wonderful fan friendly series for both schools. Great scheduling!!!!

Marshall makes way more competitive sense to be in the American than a Tulsa or Tulane, but unfortunately not from a TV market standpoint.

Good scheduling. Why won’t Kentucky play Marshall? That would be even better, but UK are pussycats rather than wildcats when it comes to non-conference scheduling.