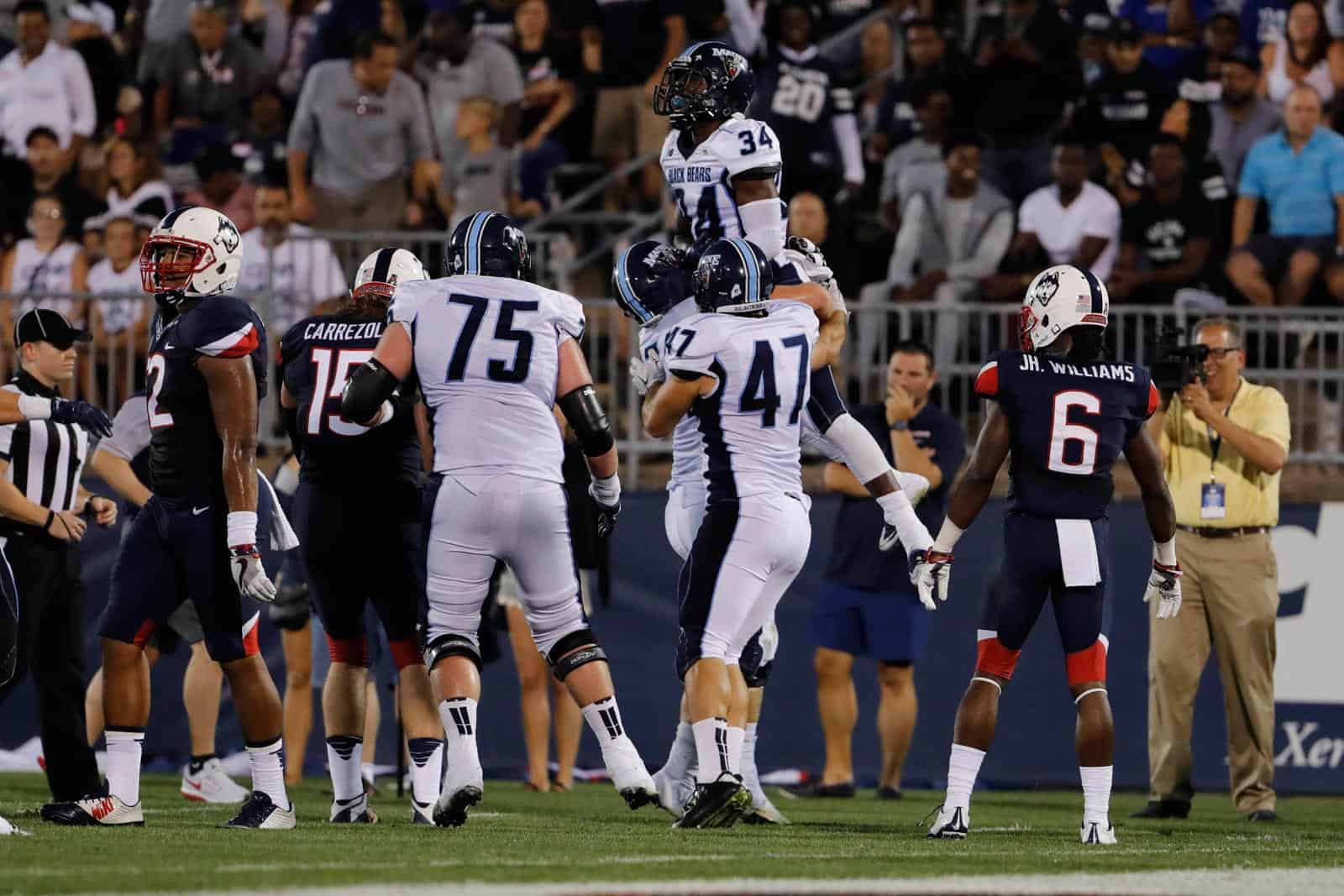 The Maine Black Bears will host the Monmouth Hawks in 2020 and the Merrimack Warriors in 2021, FBSchedules.com has learned.

Copies of contracts for both contests were obtained from the University of Maine via a state Freedom of Information Act request.

Maine will host the Monmouth Hawks at Alfond Stadium in Orono, Maine, on October 10, 2020. Maine will pay Monmouth an $85,000 guarantee for the contest, according to the copy of the contract.

Maine is a member of the Colonial Athletic Association (CAA), while Monmouth competes in the Big South Conference, both in the Football Championship Subdivision (FCS).

Maine and Monmouth first met on the gridiron in 2007 and have played three times overall. The Black Bears have won all three contests in the series, most recently in 2010 in West Long Branch, N.J., 31-23.

The addition of Monmouth tentatively completes Maine’s non-conference schedule in 2020. The Black Bears are scheduled to open the season at Ball State on Sept. 3 and later travel to take on UConn on Sept. 19.

Monmouth was previously scheduled to play at Princeton on October 10, 2020, but that game will be canceled or possibly postponed to a later season. Instead of hosting Monmouth, Princeton will play at Army West Point and the game will likely be scheduled for Oct. 10, although the exact date was not announced.

In addition to Maine, Monmouth is scheduled to play at Rutgers (Sept. 5) and UAlbany (Sept. 12) and host Fordham (Sept. 26) as part of their non-conference slate in 2020.

The Merrimack Warriors, who begin playing in the Northeast Conference next season, will take on Maine at Alfond Stadium on September 18, 2021. The Warriors will receive a $70,000 guarantee for the game, per the contract copy.

The 2021 contest between Maine and Merrimack will mark their first-ever meeting on the gridiron.

Maine has also tentatively completed their 2021 non-conference schedule with the addition of Merrimack. Other opponents scheduled for Maine include trips to face Northern Illinois on Sept. 4 and UMass on Nov. 13.

Maine is the first known non-conference opponent for Merrimack in 2021.