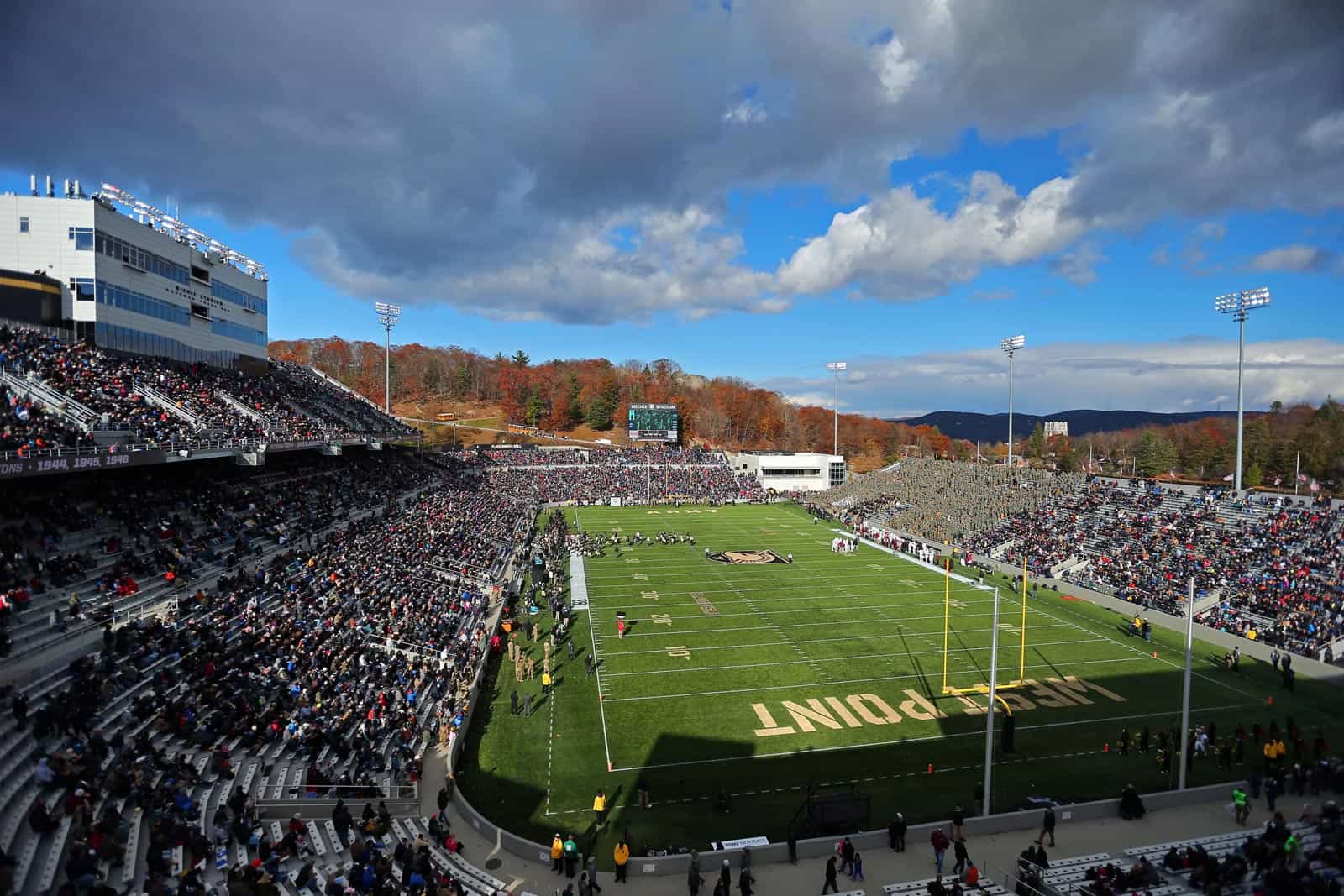 The Princeton Tigers will play at the Army Black Knights in 2020, the school officially announced on Wednesday.

Princeton will travel to take on Army at Michie Stadium in West Point, New York, in October of 2020. An exact date for the game was not announced, but Army currently has available dates of Oct. 10 and Oct. 31.

“While we are focused on the 2019 season obviously, it’s great to look ahead to 2020 and the game we’re going to play at Army,” said Princeton Head Coach of Football Bob Surace. “Michie Stadium is a beautiful place for football, and our fans will love it there. It’s also a great opportunity to play an FBS opponent that went to a bowl game last year, not to mention a service academy with such a great tradition in the sport. It will be a really memorable experience for everyone involved with Princeton football.”

Army and Princeton first met on the gridiron in 1893 in West Point. In their most recent matchup in 1982, Army defeated Princeton 20-14 in Princeton, New Jersey, but the Tigers still lead the overall series 6-4-3.

Princeton already had three non-conference opponents scheduled for the 2020 season — at VMI on Sept. 19, vs. Bucknell on Sept. 26, and at Monmouth on Oct. 10. It’s possible that Princeton is replacing Monmouth with Army and the two will play on that date.

Barring any additional additions or subtractions, Army’s 2020 schedule is now complete. The Black Knights are slated to open the season at home against Bucknell on Sept. 5. Other opponents visiting Michie Stadium in 2020 include Oklahoma, Eastern Michigan, Buffalo, and Air Force.

Road opponents for Army in 2020 include Rice, Tulane, Miami (Ohio), San Jose State, and UMass. The 2020 Army-Navy Game is scheduled for Saturday, Dec. 12 at Lincoln Financial Field in Philadelphia, Pennsylvania.

Was expecting Uconn to pickup that game with Army. Tough row ahead for Uconn scheduling 2020.

I don’t know how UConn missed this one – Army-UConn is a natural independent rivalry geographically and Army is clearly better suited playing UConn (FBS) than Princeton (FCS) when it comes to bowl-eligible wins. Assuming Army opens with a win over Bucknell, a win over Princeton means nothing.

UConn will likely have to fill its schedule with more than one FCS opponent (Maine is already on the schedule). UConn has known independence was coming for some time and announcements about 2020 opponents have been few and far between. What a nightmare!

A win over Princeton wouldn’t mean anything for bowl eligiblity anyway, since the Ivy League is non-scholarship.

My guess is that UConn engaged the conversation but Army was already far along down the path with this game as their 12th game. So Army probably said maybe in the future but we are already booked for ’20.

Agreements are often made before they are announced publicly.