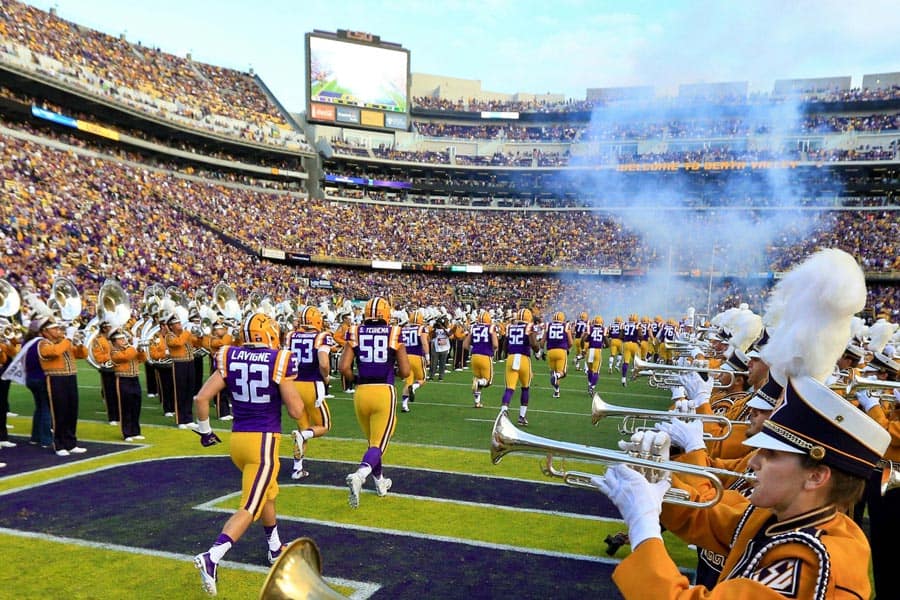 Due to the flooding and devastation wrought on Columbia and other parts of South Carolina, the decision was made to move the game.

“Yesterday, we made the extremely difficult decision to cancel classes for the week due to the stress 34,000 students would place on the region’s recovering infrastructure, there is no doubt 85,000 fans would exact the same toll,” said USC President Harris Pastides. “In the spirit of supporting our South Carolina community that is so supportive of Gamecock Nation, we have decided to move the game to Baton Rouge. The stress on law enforcement and first responders is too great. Moreover, we’ve had many in the Carolina family directly impacted by the flooding.”

LSU has also announced information on tickets for the game in Baton Rouge as well as parking. LSU will also give South Carolina the profits from ticket sales.

All proceeds generated from ticket sales, minus the expenses that LSU incurs for hosting the game, will be given to South Carolina.

The changes mean that LSU will now have four consecutive home games, including their win over Eastern Michigan on Oct. 3. The Tigers will also get five SEC home games overall.

South Carolina, which will technically be the home team, will now play back-to-back road games. The Gamecocks fell 24-10 at Missouri on Saturday.

Shame they couldn’t get it to BoA Stadium