LSU to host Nicholls State in 2020 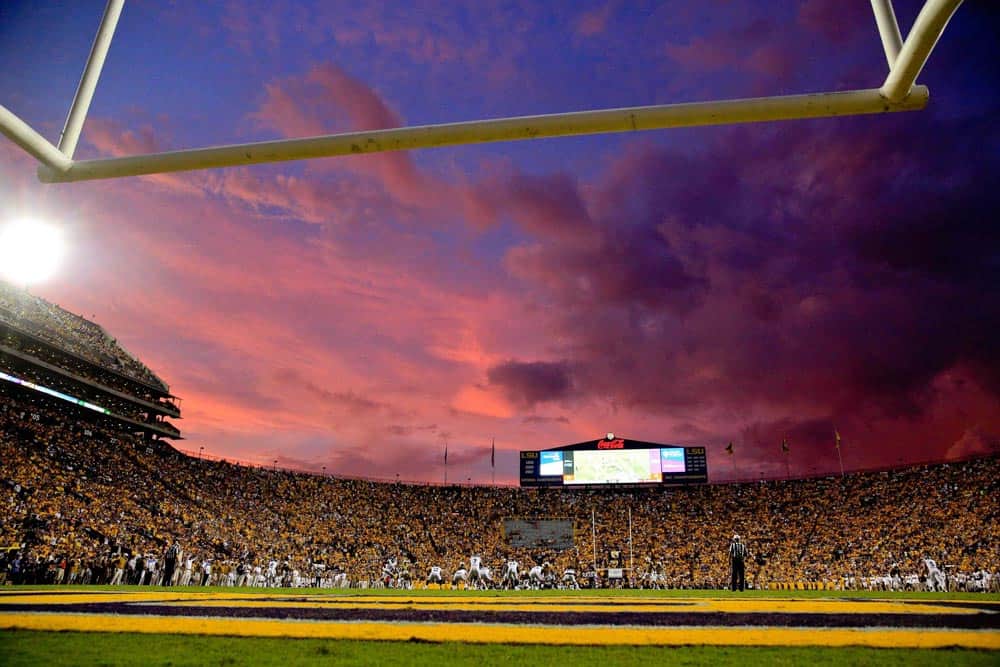 The LSU Tigers will host the Nicholls State Colonels in 2020, according to a report by HoumaToday.com.

A date for the game, which will be played at Tiger Stadium in Baton Rouge, was not specified. It will be the first-ever matchup between the two in-state schools.

Nicholls State is a member of the Southland Conference in the Football Championship Subdivision (FCS). They are located approximately 71 miles away from Baton Rouge in Thibodaux, Louisiana.

The Colonels nearly pulled off a huge upset earlier this season. Trailing No. 9 Georgia 26-14 in Athens, Nicholls reeled off 10-straight points in the fourth quarter, but fell just short and lost 26-24.

“We’ve never been to Baton Rouge and some of the other (Football Championship Subdivision) teams in our state have played there,” Nicholls head coach Tim Rebowe said. “I know Southeastern (Louisiana) will get to go there, we will get to go there and it is big for us. It is good for the whole state when you can get a game between Nicholls and LSU.”

If the game contract is finalized, LSU will have tentatively completed their non-conference schedule for the 2020 season. LSU is also slated to host Texas on Sept. 12 and Idaho on Nov. 21 and travel face Rice at NRG Stadium in Houston on Sept. 19.

Idaho is dropping down to the FCS after the 2017 season, so at this point LSU has two games scheduled against lower-division teams. It’s likely that the Idaho game will eventually be canceled.

In SEC play in 2020, the Tigers are scheduled to host Alabama, Ole Miss, Mississippi State, and South Carolina and travel to Arkansas, Auburn, Texas A&M, and Florida.

Per a copy of the contract obtained by FBSchedules.com, LSU will host Nicholls on Saturday, Sept. 5, 2020. The Colonels will receive a $575,000 guarantee.

Additionally, LSU has canceled their 2020 home game with Idaho, which was confirmed by a letter sent from LSU to Idaho and dated March 13, 2017. LSU will not owe a penalty due to Idaho dropping down in classification.

The Idaho game has been canceled per The Advocate.