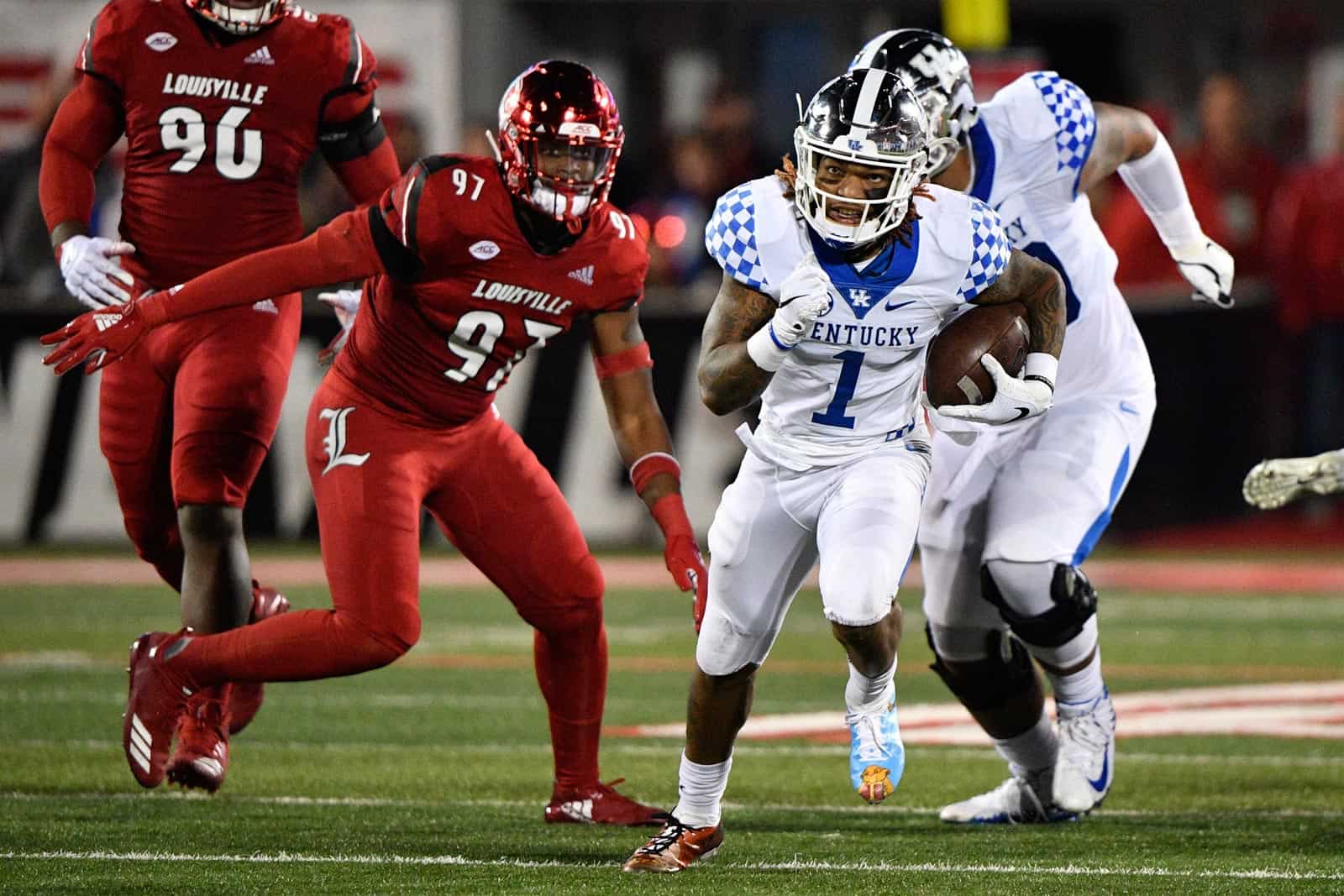 Louisville and Kentucky will continue their annual battle for The Governor’s Cup through the 2027 season, FBSchedules.com has learned.

A copy of the contract extension was obtained by FBSchedules.com from the University of Louisville via a state open records request.

Louisville and Kentucky have been playing under a contract that began with the 2011 season. It called for games to be played during the first three weeks of the season from 2011 through 2016.

In 2014, the two schools extended the contract through the 2019 season, which was followed by another extension in 2016 that cemented the series being played through 2022.

The most recent extension to the contract, dated March 14, 2018 and signed by both athletic directors, continues the Louisville-Kentucky game for five more seasons beyond 2022 and keeps it as the last game of the regular-season:

Last season, Kentucky traveled to Cardinal Stadium in Louisville and dominated the Cardinals 56-10 to claim the Governor’s Cup for the second time in three seasons. Louisville and Kentucky are slated to square off this season at Kroger Field in Lexington on Nov. 30.

The two in-state rivals first met in 1912 and have played annually since 1994. Kentucky currently leads the all-time series 16-15.

Louisville opened the 2019 season on Labor Day with a 35-17 loss at home to the Notre Dame Fighting Irish. Kentucky played at home and defeated the Toledo Rockets 38-24.

This continues a great move among ACC and SEC-East schools to meet in that last week before the conference championship games… It’s an advantage for these schools because they end up with two weeks to prepare for a CCG in some ways more often than not. With Louisville/Kentucky, Georgia Tech/Georgia, Clemson/South Carolina, and Florida State/Florida all running, there are just 2 schools left to “complete the set”:
Certainly Wake Forest/Vanderbilt makes sense… who’s Tennessee got? Pitt perhaps? Missouri should play Kansas though, just because.

Tennessee should play Vanderbilt to end each season. But YES Mizzou vs Kansas. Then add Texas vs aTm. LSU could go back to Arkansas. And everyone has their end of season rivalry.

It sounds easy but the arrogance of the schools and their administrators will never allow it.