Louisiana Tech to play at TCU on December 12 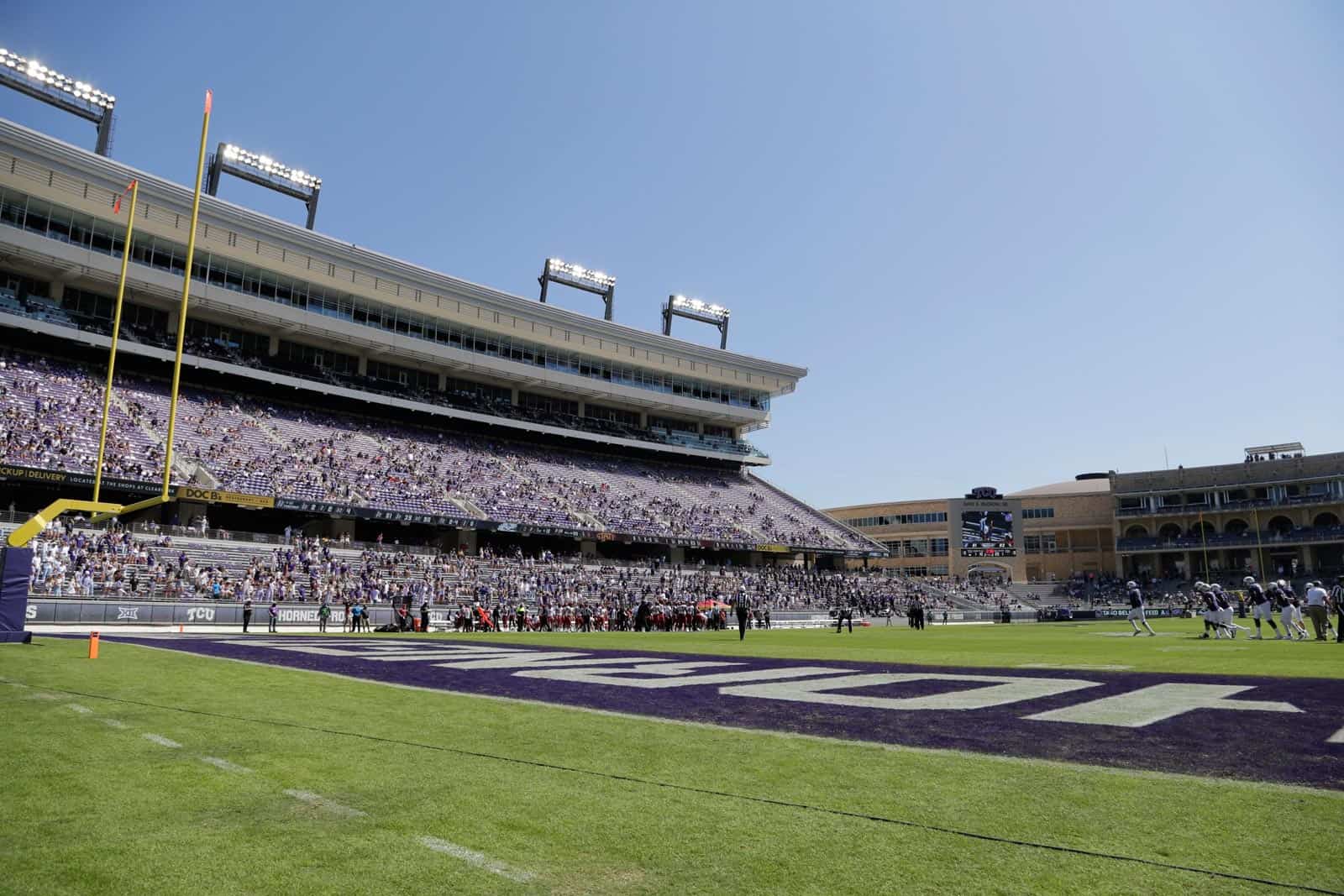 The Louisiana Tech Bulldogs will play at the TCU Horned Frogs on December 12, it was announced on Tuesday.

“We are excited to play a regional opponent,” said Louisiana Tech VP and Director of Athletics Eric Wood. “Louisiana Tech has a large alumni base in the Dallas-Ft. Worth area. This is a great opportunity for our student-athletes to compete in one final regular season game.

“This has been a challenging year for everyone around college athletics, and I want to commend our coaches, student-athletes and support staff for their hard work and adaptability. I also want to thank our fans for their patience and support along the way.”

In their first and only meeting on the gridiron in the 2011 Poinsettia Bowl, TCU defeated Louisiana Tech 31-24.

“We very much appreciate Louisiana Tech Athletics Director Eric Wood and Head Coach Skip Holtz for helping make this game possible,” TCU Director of Intercollegiate Athletics Jeremiah Donati said. “We wanted to deliver, as promised, a 10th game to our student-athletes. They deserve the opportunity to take the field one more time in Amon G. Carter Stadium. I am also excited for them, and for our fans, to close out the home schedule with a night game.”

Louisiana Tech (4-3, 3-2 C-USA) has not played a game since Oct. 31 when then defeated UAB at home, 37-34, in double-overtime. The Bulldogs had four games either postponed or canceled due to COVID-19 positive tests and contact tracing issues.

For TCU, the Louisiana Tech game replaces their canceled game against the SMU Mustangs on Sept. 12. SMU is required to keep Dec. 12 open by the AAC in case a conference game can be rescheduled on that date.

“TCU and SMU had continual communication throughout this season with the mutual intent of us being able to make up our postponed game,” Jeremiah Donati and SMU Director of Athletics Rick Hart said in a joint statement. “Unfortunately, for reasons outside of our control, we will not be able to play this year. We are both disappointed but look forward to the rivalry and the 100th battle for the Iron Skillet in 2021.”

Louisiana Tech went ahead and scheduled the game at TCU, albeit with a stipulation. If Conference USA mandates a home game for the Bulldogs in the same week, then the TCU game would not be played.