Louisiana Tech to Play at Clemson in 2022 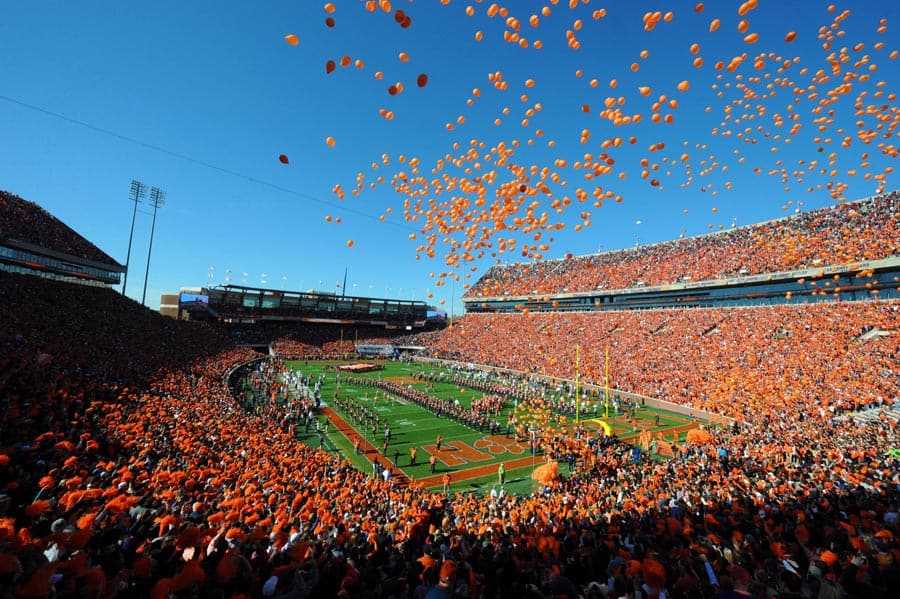 The Louisiana Tech Bulldogs will play at the Clemson Tigers in 2022, The News-Star has reported.

Louisiana Tech will make the trip to take on Clemson at Memorial Stadium on Sept. 24, 2022. The Bulldogs will receive a $1.1 million guarantee, according to the contract that was obtained by The News-Star.

In three previous meetings, Clemson defeated the Bulldogs each time. One of those meetings was in the 2001 Humanitarian Bowl in Boise, Idaho, while the other two were in Clemson in 2002 and 2006)

The News-Star also reported today that Louisiana Tech will open the 2017 season at home on Sept. 2 against the Northwestern State Demons. Tech will pay NSU a $275,000 guarantee for the game.

Earlier today, Louisiana Tech officially announced that they will travel to Austin to face Texas on Aug. 31, 2019.

Clemson now has three non-conference games scheduled for the 2022 season. The Tigers are scheduled to open the season vs. Furman and later travel to Notre Dame on a date to be announced.