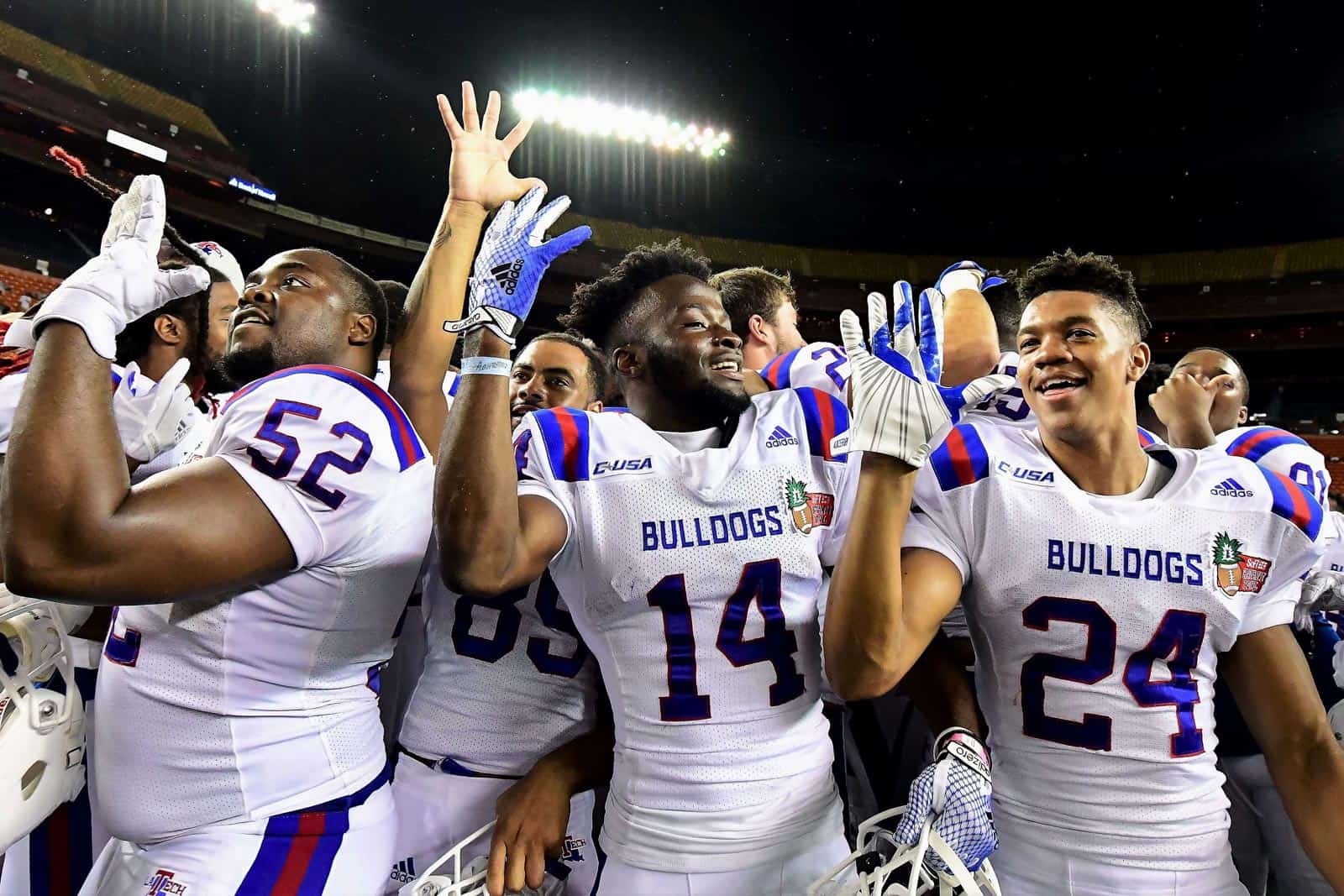 Louisiana Tech will host the Prairie View A&M Panthers at Joe Aillet Stadium in Ruston, La., on September 19, 2020. The contest will mark the first-ever meeting between the two schools on the gridiron.

The addition of Prairie View A&M completes Louisiana Tech’s non-conference schedule for the 2020 season. The Bulldogs are scheduled to open the season with consecutive road games at the UNLV Rebels on Sept. 5 and at the Baylor Bears on Sept. 12. Louisiana Tech will travel to take on the Vanderbilt Commodores on Nov. 21 to close out non-conference play.

The Southeastern Louisiana Lions will travel to take on Louisiana Tech at Joe Aillet Stadium on September 11, 2021, which we previously reported earlier this year.

Louisiana Tech and Southeastern Louisiana, separated by about 259 miles, first met on the gridiron in 1938 and have played a total of 37 contests. The Bulldogs won the most recent meeting in 2008, 41-26, to extend their lead in the series to 28-7-2.

The addition of Southeastern Louisiana completes the 2021 non-conference schedule for Louisiana Tech. Other opponents for the Bulldogs in 2021 include the Mississippi State Bulldogs on Sept. 4 and the NC State Wolfpack on Oct. 2, both on the road, and the SMU Mustangs on Sept. 18 at home.

The Stephen F. Austin Lumberjacks will travel to face the Bulldogs in Ruston on September 10, 2022. The two schools have met five times on the gridiron with Louisiana Tech currently holding a 4-1 advantage in the series.

Stephen F. Austin is the third announced non-conference opponent for Louisiana Tech in 2022. The Bulldogs are also scheduled to play a pair of road contests at Baylor on Sept. 3 and at Clemson on Sept. 17.

Another team off the board.

There are now 11 teams with openings totaling 19 games (eight of which are UConn), plus 5 teams who can schedule a 13th game.

Based on publicly available information…