A Look Back at College Football’s Opening Week 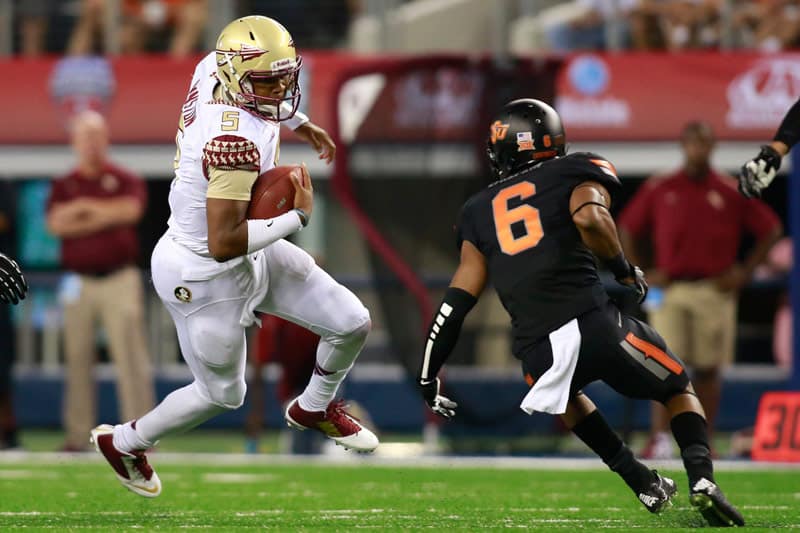 Well, we survived the first weekend of college football — for the most part. It definitely was a thrilling one, with several great finishes and the usual few shocking results.

Following are few games that really caught my eye, so I placed them into a respective category to help define some of the opening weekend of college football games.

Okay. So maybe the Seminoles did not fully live up to the preseason hype, but nonetheless, the game was still a great one to watch. I mean, who wouldn’t want to see a team like Oklahoma State almost knock off the defending national champs in the first week of games?

LSU vs. Wisconsin was a game that any college football fan would appreciate in my book. LSU was poised to start off with a losing record until scoring 15 unanswered points in the final quarter.

And, of course, one can’t forget about the Penn State-UCF contest in Ireland. What a day for James Franklin. He starts off with a big win overseas with his new team and his old team gets embarrassed by Temple back in the States.

Who saw that coming?

The Aggies welcomed Kenny Football into town and crushed the Gamecocks 52-28, which really surprised much of America. I mean, personally, I expected a much closer contest this year.

Wake Forest started the season off on a sour note with a 17-10 loss to ULM, and probably would rather forget the third quarter of the game.

And then there is the fact that Vanderbilt is probably missing Franklin, now at Penn State, as Temple romped over the ‘Dores 37-7 in Nashville.

It was somewhat difficult to find a spot for these two games on my list. Yes, Iowa State dropped the ball in its loss to NDSU, but did anybody really expect the Cyclones to win this game? NDSU has a track record for being a phenomenal FCS team, and well, Iowa State is well, Iowa State.

The Orange just barely beat out Villanova in double-overtime and although the Orange should not have taken two overtimes to best an FCS team, Villanova really isn’t one to sleep on.

North Carolina State is the Wolfpack. The Wolverines whooped App State the second go around.