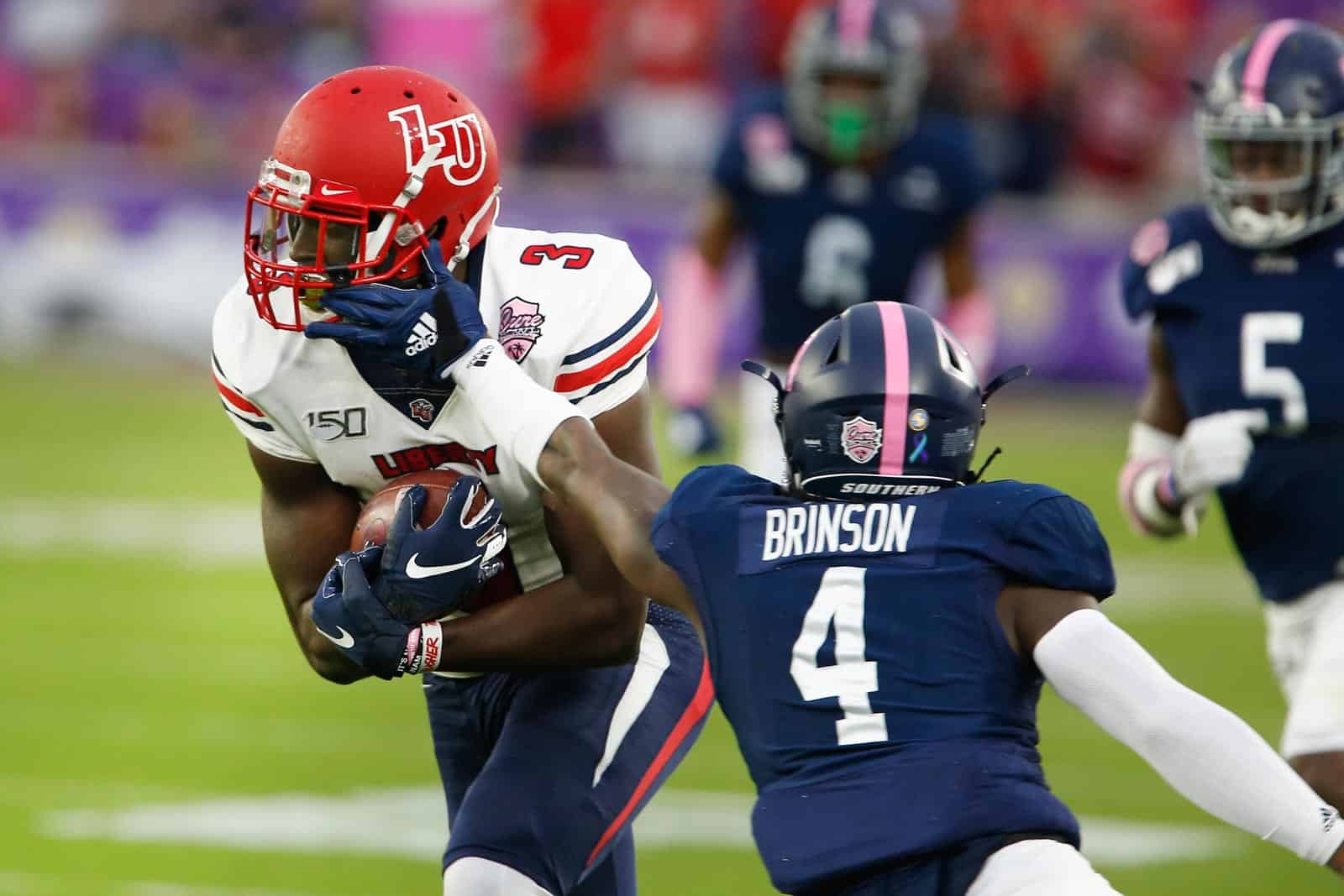 The Liberty Flames moved up to the Football Bowl Subdivision (FBS) in 2018 and played their first game at that level at home at Williams Stadium in Lynchburg, Va.

The opponent for that contest was the Old Dominion Monarchs, and Liberty payed them a whopping $1.32 million guarantee. That’s a steep price to pay, but the private institution was willing to fork over that amount of cash to obtain a needed home contest for their opener.

Since that time, Liberty has been filling their future schedules with multi-game home-and-home series, buy games on the road, home games against Football Championship Subdivision (FCS) schools, and other contests.

The Flames recently added 13 more games to their future football schedules, many of which completed their schedules for the 2023 and 2024 season. One of the announced games was a home tilt against the Texas State Bobcats on Oct. 26, 2024.

Prior to the announcing of that contest, we received a tip about the possible matchup and requested a copy of the contract from Texas State University. We of course assumed that it would be a home-and-home series, but Liberty did not announce a return trip to San Marcos, Texas.

Texas State responded to our records request this week and provided a copy of the football game contract. To our surprise, we learned that the Texas State at Liberty game is a single home game and the Flames will pay the Bobcats a $1 million guarantee for the contest.

The payment is the second highest guarantee that Liberty has paid or is scheduled to pay, per public records. Liberty is paying Old Dominion an $800,000 for a contest in 2023 and will pay Southern Miss a $500,000 guarantee for their contest in Lynchburg in 2020.

Liberty is scheduled to open the 2020 season on Saturday, Sept. 5 on the road against the Virginia Tech Hokies.

Why would Texas State, Southern Miss and ODU accept guarantees of $1 million or less when P5 schools are guaranting $1.5 million and up for most guarantee games?

because Liberty is not a P5 program. But they have resources to pay seven figures once in a while.