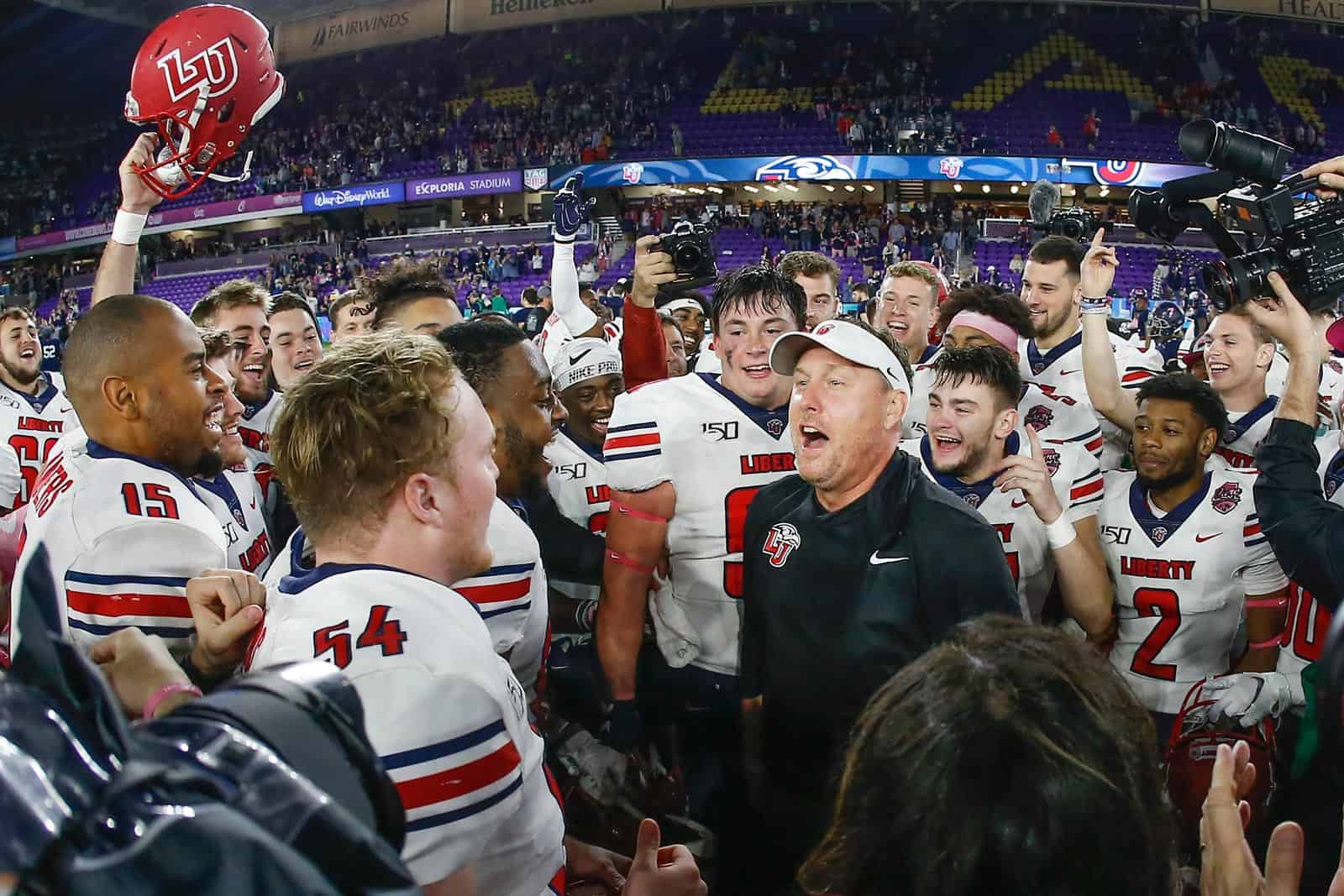 The Liberty Flames have added 13 games to their future football schedules and have completed their slates for 2023 and 2024, the school announced on Tuesday.

Liberty, a Football Bowl Subdivision (FBS) Independent, completed their 2023 football schedule with the addition of a game at South Carolina on Nov. 4. We previously reported that matchup in September of 2019.

To complete their 2024 schedule, Liberty has added new games on the road against UCF (Sept. 7), Eastern Michigan (Sept. 14), and FIU (Nov. 23). The FIU contest is a return game for the scheduled contest in 2020 in Lynchburg, per ASeaofRed.com.

Liberty is scheduled to open the 2024 season at home against Coastal Carolina on Aug. 31. Other previously announced games in 2024 include Marshall (Oct. 5) at home and Appalachian State (Sept. 28), North Carolina (Oct. 19), and UMass (Nov. 16) on the road.

The Flames will return the 2024 game against Ball State when they travel to take on the Cardinals at Scheumann Stadium in Muncie, Ind., on Oct. 3, 2026.

Liberty also announced today that they have extended their future football series with fellow FBS Independent New Mexico State. The two schools will meet in Lynchburg in 2024 as previously mentioned, and then again on Nov. 14, 2026 and Nov. 25, 2028.

I think its rather cool that Liberty and New Mexico State have developed a rather nice rivalry game for each school.
Liberty has some nice games coming up for their fans as well with getting some bigger schools to visit.

Liberty is definitely a school on the rise. They will get to play at least 2 P5’s every year, sometimes 3, and often Independents such as Army and even BYU. 2024 they only have 1 P5 school but that is counterbalanced by playing UCF and Appalachian State, which could be a great local rivalry. Liberty has P5 facilities and a top notch coaching staff.