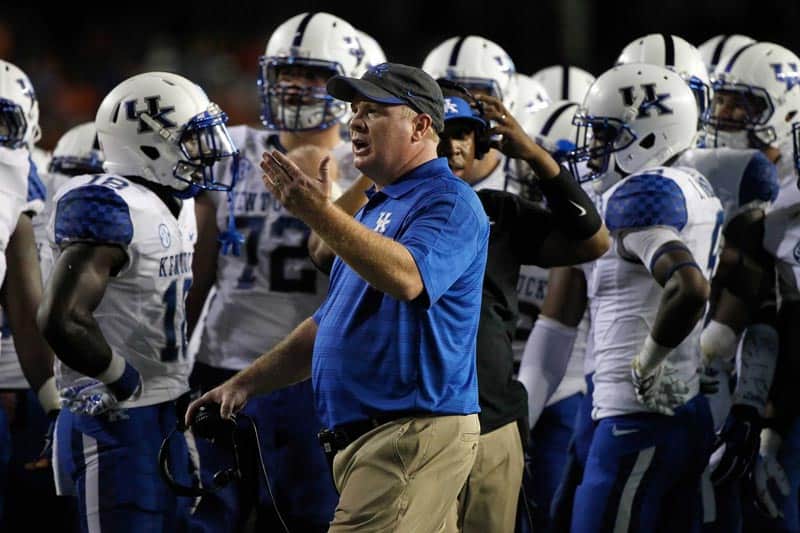 The Kentucky Wildcats have added the UAB Blazers to their 2016 football schedule, FBSchedules.com has learned via a records request to UK.

Kentucky will host UAB at Commonwealth Stadium in Lexington on Sept. 3, 2016. The game will be the season-opener and first ever meeting between the two schools.

According to a copy of the contract, UAB will receive an $800,000 guarantee for playing the game. There will also be a $500,000 cancellation fee unless it is by mutual consent.

Next season, Kentucky is tentatively slated to open at home vs. UL Lafayette on Sept. 5 and close the regular-season vs. Louisville on Nov. 28. UK is also scheduled to host Charlotte and Eastern Kentucky.

Opponents and dates in 2015 could still change as the SEC has reportedly been requesting the movement of some non-conference games for television and other scheduling reasons.

UAB has now tentatively completed their non-conference schedule in 2016. After opening at Kentucky, the Blazers visit South Alabama (Sept. 10), host Troy (Sept. 17), and then travel to Georgia State (Oct. 1).

Wow!!!! Another SEC team stepping up their strength of schedule. I know Kentucky isn’t a football power in the SEC or on a National level, but UAB of Conference USA has only 12 wins in their last 4 complete seasons (2010-13). Can’t the Kentucky’s and other lower tier teams of the SEC at least find some lower tier teams of the Big Ten or Big 12 to play? Having your lower tier teams in your conference play lower tier non-Power 5 Conference teams does the team and conference no good. The SEC gets’ WAY TOO much credit for being as powerful as the National Outlets say, they need to at least play nine conference games without the selective match-ups and scheduling occurring and play as a whole a better out of conference schedule. Some SEC teams actually do play a legit schedule, but the vast others are only riding their coat tails.

Better than them playing an FCS school.