Kent State at Buffalo Game Canceled Due to Snow 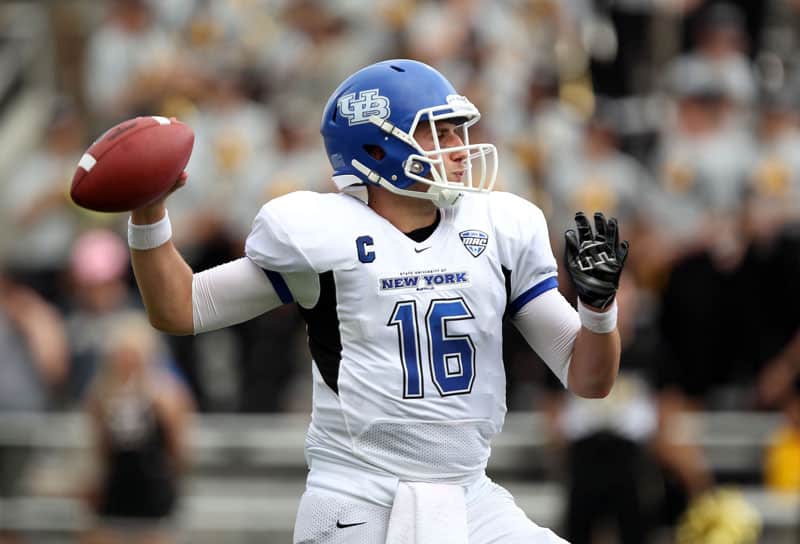 The Kent State at Buffalo football game that was originally scheduled for Wednesday, Nov. 19 has been canceled and will not be rescheduled, the MAC announced this evening.

Due to heavy snow in the Buffalo area, the game was postponed yesterday and given a new tentative date of Friday, Nov. 21 at 1pm ET. But in the end, the conference and schools determined it would be too difficult to play.

“Despite the best efforts of all involved, it will not be feasible to play the football game between Kent State and Buffalo on Friday,” said MAC Commissioner Jon Steinbrecher.  “The game has been cancelled and will not be rescheduled. The safety of the student-athletes and fans is paramount.  We want to be respectful of the efforts of the emergency service personnel in the Buffalo area who are working to assist those in need.”

Here is more from the MAC release:

Both Buffalo and Kent State will end the 2014 regular season by playing 11 football games.  This marks the second FBS football game this season that has been cancelled due to weather conditions.  Earlier this year, the Idaho at Florida game on August 30th was cancelled due to inclement weather.

With only one game remaining, the best Buffalo can finish is 5-6. That won’t be enough for them to become bowl eligible, and they would have had to petition the NCAA anyway at 6-6 because they recorded two wins over FCS teams.

At 1-9 overall and 0-6 in the conference, the only thing Kent State will miss is a trip to New York and much-needed game time.

Why don’t they play the game on the weekend of the 6th? Neither team will be in the MAC Championship game.

agree with Mike……..total lack of focus or vision by the MAC office..

Another game this season where incompetent human beings are the sole reason why this game isn’t played, adding to the Florida-Idaho game. First of all I don’t understand how this part of the country wasn’t ready to deal with this kind of weather, and second of all a little negotiating between all parties could have led to a makeup game at some point. Buffalo needed this game to try to get to 6 wins but they won’t get it now.

With only one. Remaining the best buffalo. Can. Finish. 5-6. That won’t be. Enough for them. To. Become. Bowl. Eligible and. They. Would. Have. Had to petition. The NCAA anyway at 6-6. Because they. Recorded. Two. Wins. Over. Fcs. Teams

6 wins including 2 versus FCS does not get Buffalo to bowl eligibility.

Buffalo can deal with weather. 6 to 9 feet of snow over few days is not weather, it is a disaster. Have your wife or child stand on your shoulders. The snow is up to the top person’s head.

Idaho-Florida and kent State-Buffalo games should have been rescheduled at the end of the season! …I also hate all those ugly gray, black, and white alternate uniforms so many Schools having been wearing! I just turn the channel ? … The day Alabama wears gray or black is when I stop watching college football !

Um, what’s the point? Idaho just once proves yet another year why they have no business in FBS (they went back to the Big Sky for hoops, football should follow), and what honestly does Florida have to win from freaking Idaho? Not like anyone’s gonna ask to reconsider Will Muschamp.

I wouldn’t really worry about Alabama or Penn St for that matter going to black & gray, these Universities are set in their ways & will not change, they don’t need to. Just like Michigan will never change their helmets. I would like to these teams reschedule as well but it cost a lot of money to run a football game & the set up. I would just say save the money!

FBSchedule experts… so what other teams have only 11 games now, thus would have been eligible to have an extra game still this year? (Throw in any Hawai’i travelers who could take a 13th):
FBS: Florida, Oregon State, Wyoming, Nevada, Idaho, Kent State, Buffalo
FCS: UMaine, UNI (pointless, they’re in the FCS playoffs)
How about Buffalo v. UMaine, Kent v. Florida, and two “border battles”: OSU v. Nevada, and Wyoming v. Idaho?