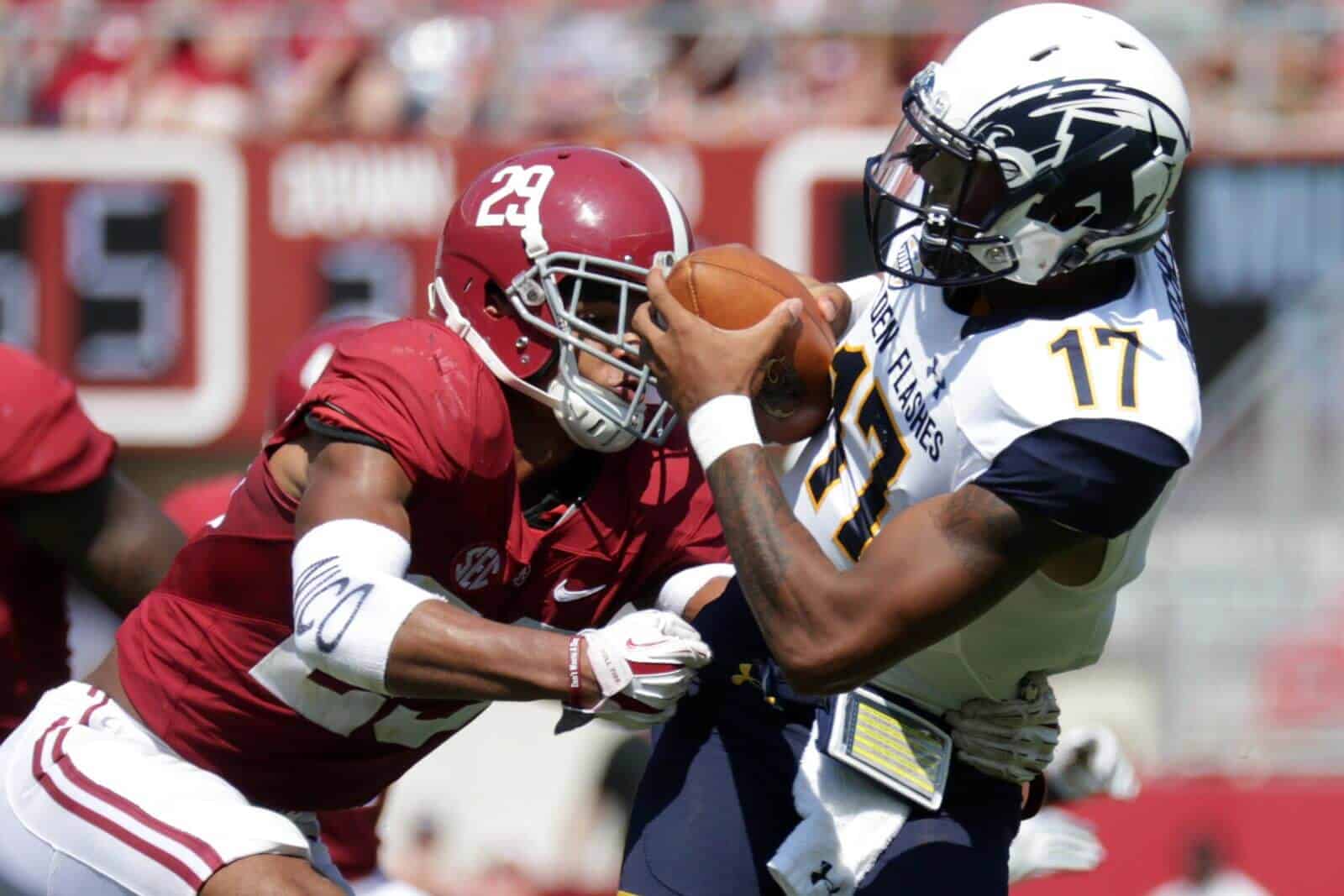 The Kent State Golden Flashes have added the Alabama Crimson Tide and the Kentucky Wildcats to their 2020 football schedule, FBSchedules.com has learned.

Copies of contracts for both games were obtained by FBSchedules.com from Kent State University via a state public records request.

Kent State will travel to face Alabama at Bryant-Denny Stadium in Tuscaloosa on Sept. 26, 2020. The Golden Flashes will receive a $1.75 million guarantee for the game, according to the contract.

Kent State will travel to play the Kentucky Wildcats at Kroger Field on Sept. 19, 2020. Per the contract, the Golden Flashes will receive the same guarantee as the Alabama game, $1.75 million.

Kentucky and Kent State have met seven times on the gridiron. In their last meeting in 2012, the Wildcats defeated the Golden Flashes 47-14 to extend their series lead to 7-0.

The addition of Alabama and Kentucky completes Kent State’s non-conference schedule for the 2020 season. The Golden Flashes are also slated to travel to Arkansas on Sept. 5 and host Kennesaw State on Sept. 12.

Per a copy of the Arkansas contract, Kent State will receive $1.5 million for that game. That means overall, the Golden Flashes will receive a total of $5 million in guaranteed money for playing three SEC teams in the same season.

That must be a new record. Kent State has 3 body bag games in the month of September. With only a $315K payout to Kennesaw State, the Golden Flashes will have almost 5 million for medical expenses and physical therapy after the Alabama game.

Come on. Anyone better? Why not boise state?

This is disgusting…..but as long as fans and ESPN continue to feed the beast,nothing will change.

I MUST ADMIT STRAIGHT OFF, I’M NOT AN AMERICAN FOOT BALL FAN, BUT DO PAY SOME ATTENTION TO IT. MY QUESTION IS WHY DO THE SUPPOSED TOP TEAMS NOT PLAY TOP TEAMS OF OTHER CONFERENCES? I SEE THAT THIS KENT STATE TEAM HAS HAD ONLY ONE WINNING SEASONS IN THEIR LAST TEN SEASONS AND HAVE AVERAGED ONLY 3 WINS EACH OF THEIR LAST FOUR SEASON, BUT ARE NOW SCHEDULED TO PLAY A TOP PERFORMING TEAM IN UNIVERSITY OF ALABAMA. SEEMS QUITE STRANGE TO ME. ARE TOP TEAMS REALLY TOP TEAM OR ONLY PERCEIVED? ANY INSIGHT YOU CAN SHARE WOULD BE APPRECIATED AS I WOULD LIKE TO BETTER UNDERSTAND. THANK YOU

Alabama just played #3 FSU from another top conference, Kent St is getting payed well so it is not all that strange.

This not ok. i don’t mind these games. But kent state? why not south alabama? or troy? or UAB? hell, id like to do a home and home with troy because i think it’d be fun. I’ve also been to troy. nice town.

these are considered ¨bodybag games¨. automatic win for the big school and money for the small one.

THANK YOU TO ALL THAT SHARE. STILL HARD FOR ME TO UNDERSTAND HOW GAMES ARE SCHEDULED, BUT PERHAPS MUST BE A MONEY THING.

The Tide doesn’t play anyone in-state other than Auburn for some reason. I know that Kent State is Nick Saban’s alma mater, but there are plenty of Alabaman programs the Tide could work with.