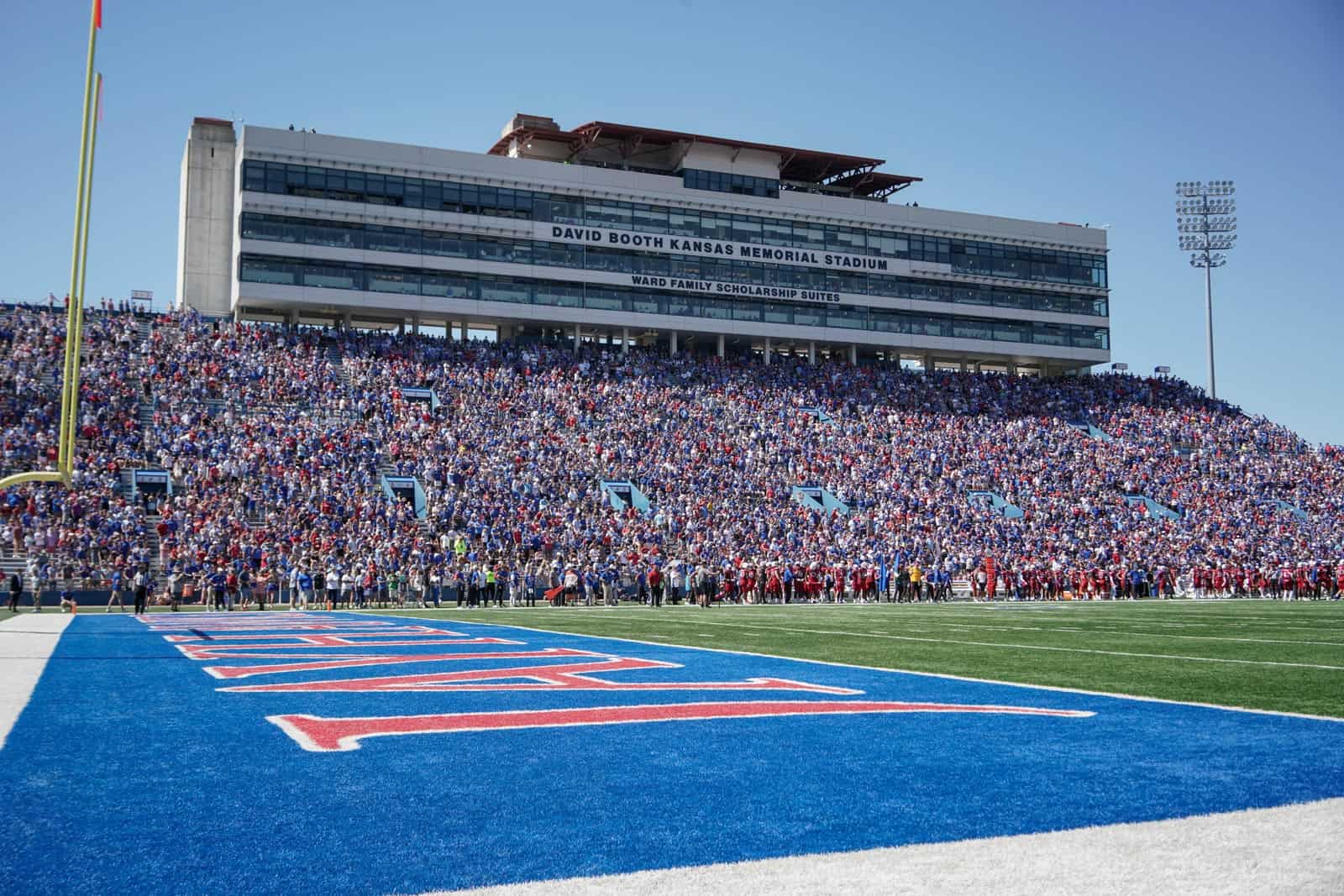 The Kansas Jayhawks and the Hawaii Rainbow Warriors have scheduled a home-and-home football series for the 2028 and 2032 seasons, both schools have announced.

In the first game of the series, Kansas will travel to take on Hawaii in Honolulu, Hawaii, on Saturday, Aug. 26, 2028, which is Week Zero that season. The series will conclude four seasons later with the Jayhawks hosting the Rainbow Warriors at David Booth Kansas Memorial Stadium in Lawrence, Kansas, on Saturday, Sept. 18, 2032.

Kansas and Hawaii have only met one time previously on the gridiron. On August 31, 1985, Kansas traveled to Honolulu and defeated Hawaii, 33-27.

With the addition of Hawaii, Kansas has tentatively completed their non-conference football schedule for the 2028 season. After opening at Hawaii in Week Zero, the Jayhawks will likely be off on Sept. 2 before hosting Washington State in Lawrence on Sept. 9 and then traveling to Ruston, La., to face Louisiana Tech on Sept. 16.

Hawaii now has three non-conference opponents scheduled in 2028. After hosting Kansas, the Rainbow Warriors are slated to welcome Fordham to Honolulu on Sept. 2 before traveling to take on UCLA in Pasadena, Calif., on Sept. 9.

Kansas is the first scheduled non-conference opponent for Hawaii in 2032.

A trip to Hawaii can only help KU recruiting.