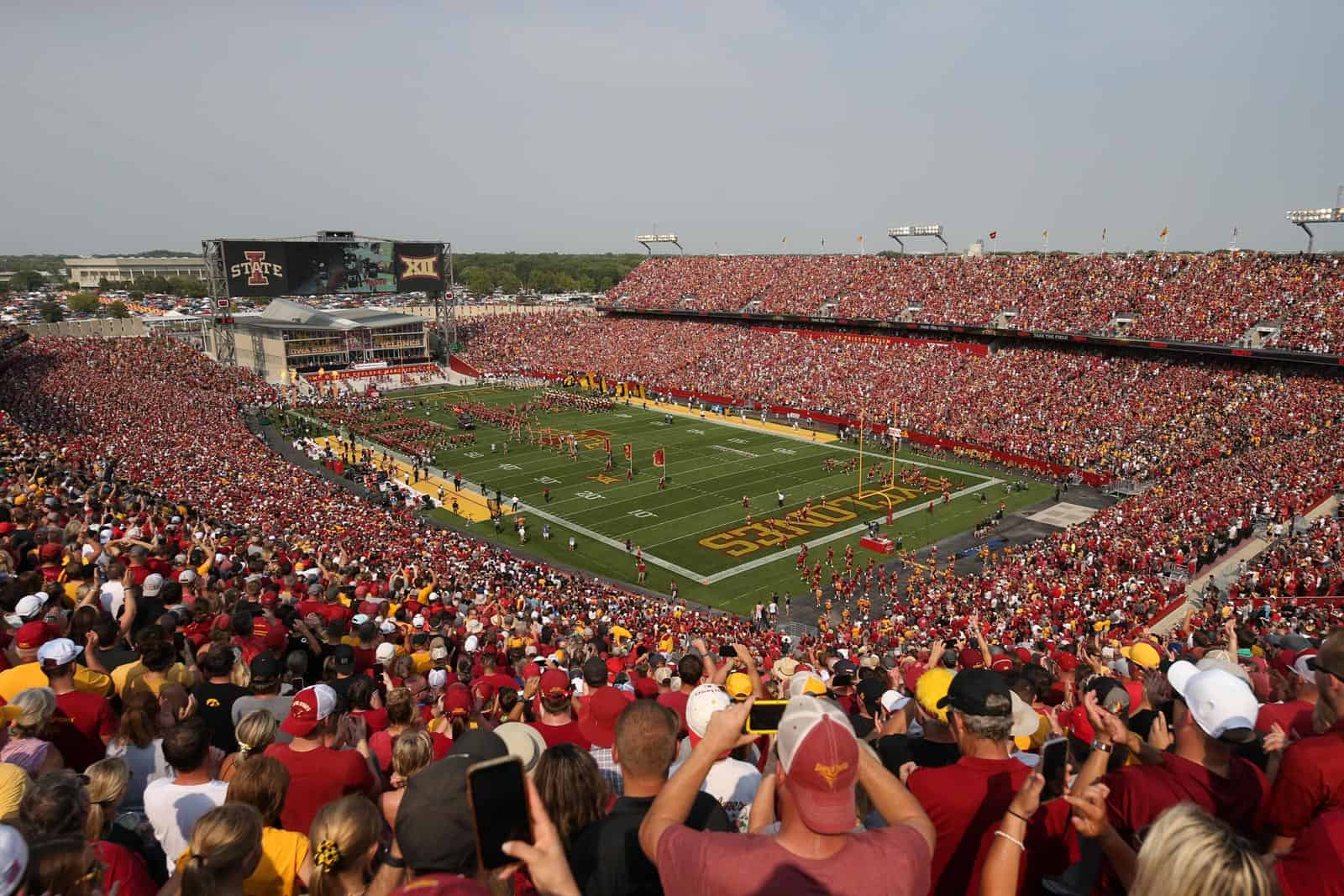 The Iowa State Cyclones have added the North Dakota Fighting Hawks to their 2029 football schedule, FBSchedules.com has learned.

Iowa State will host North Dakota at Jack Trice Stadium in Ames, Iowa, on Saturday, Sept. 1, 2029. The Cyclones will pay the Fighting Hawks a $600,000 guarantee for playing the game, according to a copy of the contract obtained from the University of North Dakota via a state public records request.

Iowa State is also scheduled to host North Dakota on Saturday, Aug. 31, 2024, which we previously reported back in 2017.  That contest will mark the first-ever meeting between the two schools on the gridiron.

North Dakota is a member of the Missouri Valley Football Conference (MVFC) in the Football Championship Subdivision (FCS). The Fighting Hawks are 2-3 overall and 0-2 in MVFC play so far this season.

Iowa State now has two of their three non-conference opponents scheduled for the 2029 season. The Cyclones are also scheduled to travel to New Orleans, La., to take on the Tulane Green Wave on Sept. 15 that season.

Iowa State is the first scheduled non-conference opponent for North Dakota in 2029.

notice it is not North Dakota STATE…