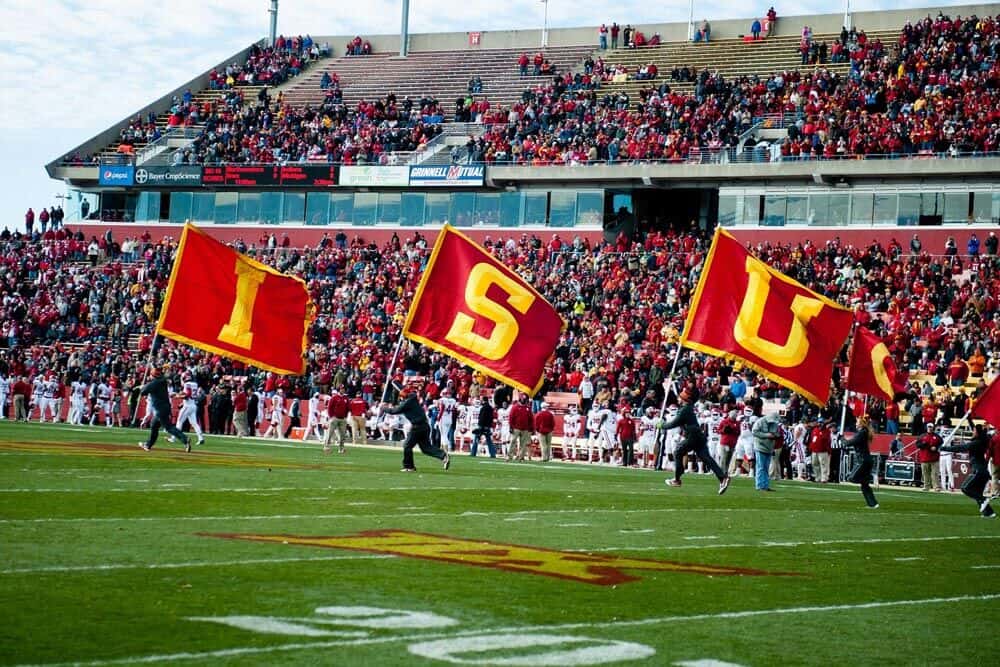 The Iowa State Cyclones have added the North Dakota Fighting Hawks to their 2024 football schedule, FBSchedules.com has learned.

Iowa State will host North Dakota at Jack Trice Stadium in Ames on August 31, 2024. The Fighting Hawks will receive a $550,000 guarantee for the game, according to a copy of the contract obtained from ISU via an open records request.

North Dakota is a member of the Big Sky Conference in the Football Championship Subdivision. The Fighting Hawks were formerly known as the Fighting Sioux, but discontinued the use of that name in 2012 after years of controversy.

Iowa State now has two of their three non-conference games scheduled for the 2024 season. The Cyclones are also slated to host Arkansas State on Sept. 14.

When will P5 teams get the memo? Scheduling cupcakes hurts their SOS, which is a very important metric nowadays.

I think for teams like Iowa State which have zero chance at winning a NC…getting to a bowl game is the ideal goal for them,hence trying to get to 6-7 wins a year is the aim of this kind of scheduling.

I agree. I don’t see the reason not to schedule a FCS team. They get Iowa OOC anyway which can be touted as a quality win. (it’s a rivalry game and will be extended)

Glad to see these teams schedule the FCS schools in their area gives the FCS much needed revenue and gives the FBS school a good chance at a win to improve their record if only by visual sight at an extra win. Thanks for helping someone keep their program going. A win win for both of them.

und is light years away from NDSU as a program, NDSU destroyed Iowa State 34-14. Iowa state will do the same to und.

Just an FYI, North Dakota will be joining the other three Dakota schools in the Missouri Valley Football Conference (Summit League for other sports) by the time this game rolls around. They will no longer be members of the Big Sky.

thats right, Big Sky waived their exit fees since they were such an albatross on travel schedules.

That makes more sense. I wondered why N Dakota joined the Big Sky to start with.

The nickname controversy basically prevented them from joining the Summit League and MCFC back then.