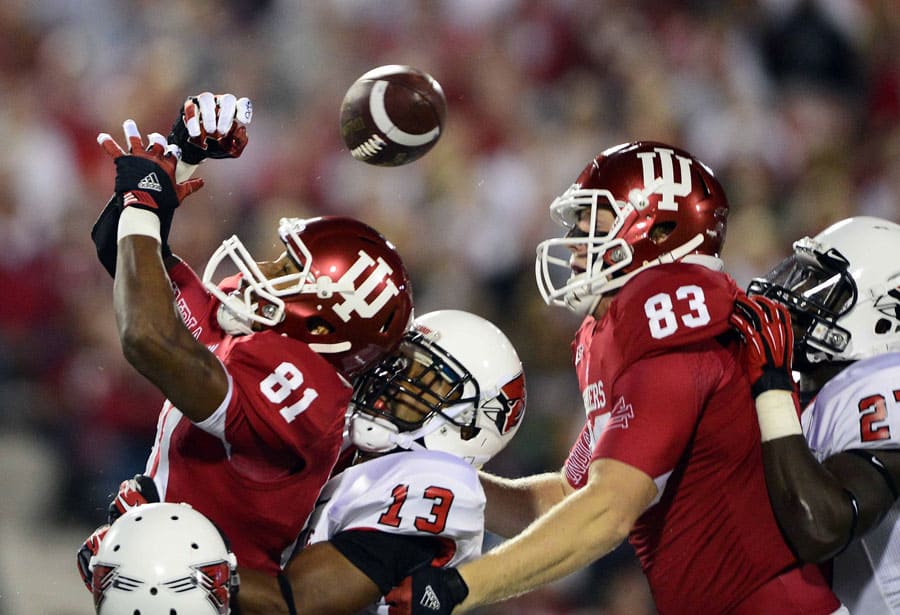 The Indiana Hoosiers and the Ball State Cardinals have scheduled a three-game football series for 2018, 2019, and 2020, the two schools announced today.

Ball State is currently in negotiations to host the 2019 game at Lucas Oil Stadium in Indianapolis. The venue is the home of the NFL’s Indianapolis Colts.

“We are thrilled to continue this series with Ball State,” IU Vice President and Director of Intercollegiate Athletics Fred Glass said. “It’s great for the fans of both programs and playing another state school has the added benefit of our financial support remaining within the state of Indiana.”

Indiana is also scheduled to host Ball State on Sept. 10, 2016, which is the final game of a three-game series that began in 2011.

“A renewed series between Ball State and Indiana is an outstanding opportunity for the student-athletes and fan bases of both institutions,” Ball State head coach Pete Lembo said. “Our previous games in Bloomington and at Lucas Oil Stadium have been highly competitive and very well attended.  These contests will bring great exposure for both teams in our home state. We greatly appreciate the willingness of the Indiana administration to work with us to make this series possible.”

Despite being separated by a distance of only 113 miles, Indiana and Ball State have only played seven times. The Hoosiers lead the overall series 4-3, but the Cardinals have won three straight, including two games in Bloomington (2008, 2012) and one at Lucas Oil Stadium (2011).

Ball State is Indiana’s first announced non-conference opponent for 2018. The Hoosiers are also slated to host UConn in 2019 and travel to face the Huskies in 2020.

I guess that is good for Indiana fans to have the two schools play. But its hard not to notice IU simply wont schedule a non-conference P5 opponent.

Hey Stuart, not trying to defend Indiana, but didn’t they just play a two years series with Missouri ending last year and right before that had a home-n-away series with Virginia, and now this year and next a home-n-away with Wake Forest? I pretty sure all three of those teams are considered P5 and I believe Indiana still has open dates for out years. The Big Ten teams still do a fair job of non-conference scheduling as whole, no complaints with the Hoosiers playing their in-state neighbor.

IU will lose all 3 of these games

It is difficult for Indiana to attract many P5 schools interested in a home & home. Missouri worked out because they much prefer cupcakes and Indiana is a good P5 cupcake, unfortunately, last season, the cupcake (Indiana) won. Indiana does not need to schedule the challenging teams in P5 because they have no chance of ending up in the college football playoffs-so out of conference strength of schedules are not an issue for them.

To be honest, most Indiana fans wait until November 15th when the college basketball season really starts-at that time Indiana football can be moved to the back burner where it is at home..