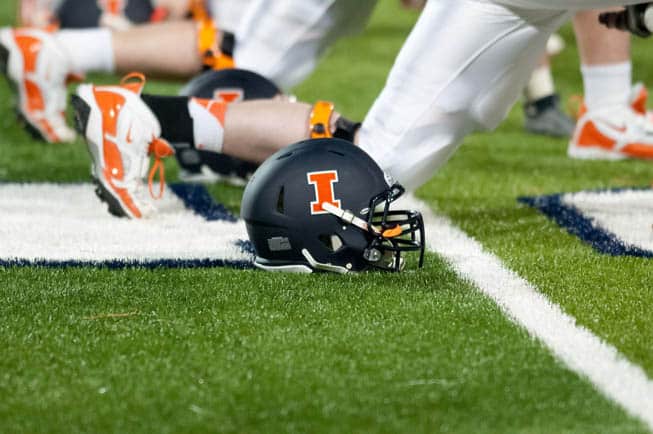 Western Kentucky will visit Champaign on Sept. 16, 2017. The two schools have never met on the football field, but will first play on Sept. 6, 2014. That 2014 game was previously announced.

Western Kentucky is the first scheduled non-conference game for Illinois for the 2017 season.

nampa for the 1st time ever…I agree with you. Most likely will not happen again

You say it’s a joke of a schedule, but both W Kentucky and M Tennessee were both bowl-eligible last season.

They are scheduling home games because they generate money and increase your odds for bowl eligibility. You have to schedule for who you are, and this schedule will create wins. It won’t allow for a national title but realistically there are only about 15 teams that have a shot at a national title. They will probably add home and home with and AQ team for 2015 and 2016. By my count that is 9 games against AQ opponents, which is pretty standard. Go look at almost every other AQ schedule and tell me the the difference. Then go take your complaints about strength of schedule elsewhere.

Why don’t they play Northern Illinois? The game would sell out and generated interest but I am afraid that Illinois doe not want to show that they would be the inferior team.

You I am not the A.D. right? My guess would be that NIU offers little more than an instate rivalry. They only average slightly over 18,000 at home games and Illinois and NIU don’t battle over the same recruits. Until very recently there has just not been much interest in it as Illinois has never lost to NIU. Perhaps they will play in the future.