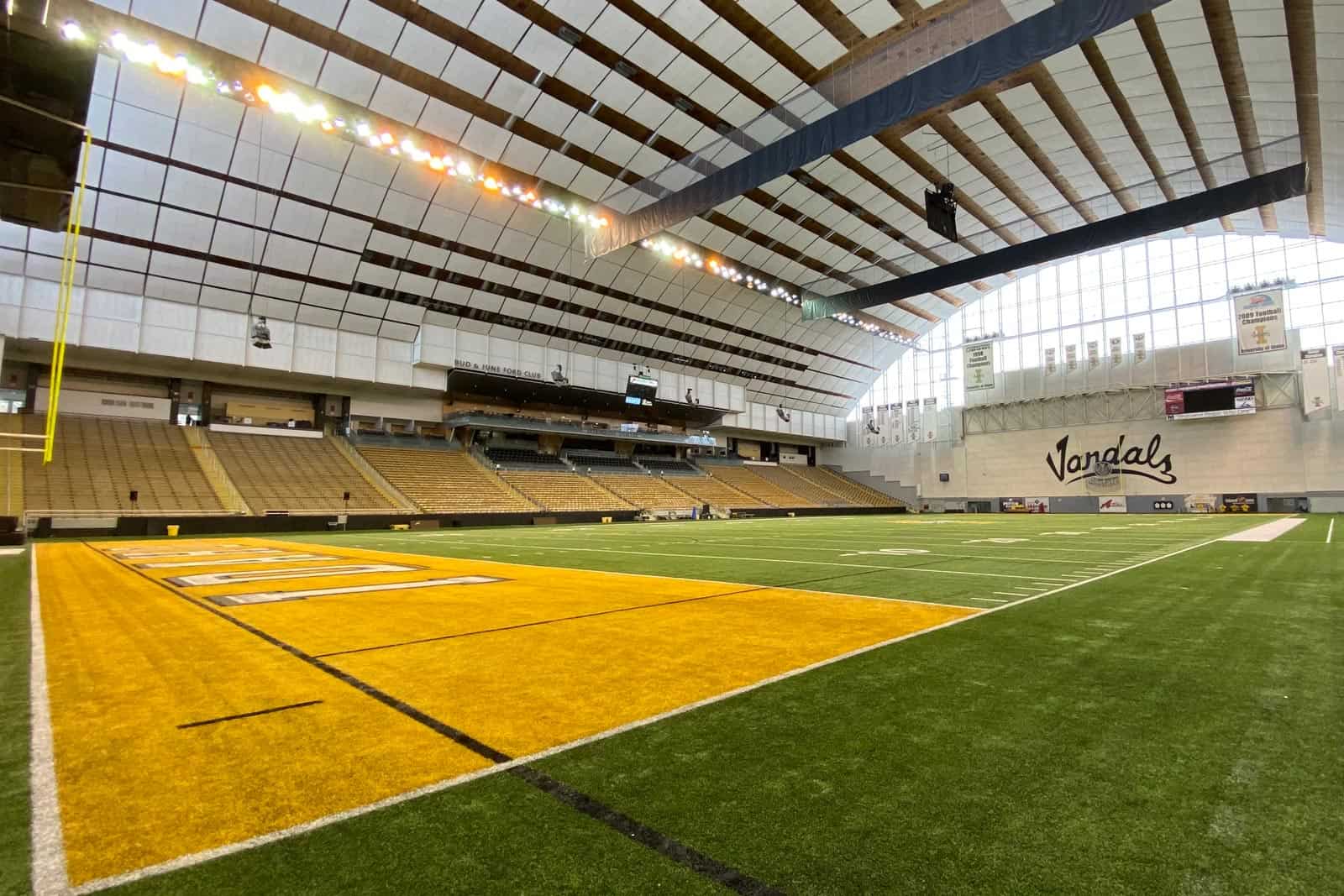 The Idaho Vandals and the Utah Tech Trailblazers have scheduled a home-and-home football series for the 2029 and 2030 seasons, FBSchedules.com has learned.

A copy of the contract with Utah Tech University (formerly known as Dixie State University) was obtained from the University of Idaho via a state public records request.

In the first game of the series, Idaho will host Utah Tech at the Kibbie Dome in Moscow, Idaho, on Saturday, Sept. 1, 2029. The Vandals will travel to face the Trailblazers at Greater Zion Stadium in St. George, Utah, the following season on Saturday, Sept. 7, 2030, which will conclude the series.

Idaho and Utah Tech are scheduled to meet on the gridiron for the first time ever on Saturday, Sept. 20, 2025 at the Kibbie Dome. That game, which was previously announced, was agreed to under a separate contract. The Vandals will pay the Trailblazers a $100,000 guarantee for that contest.

The two schools were previously scheduled to meet in the 2023 and 2024 seasons, but those games were canceled after Utah Tech joined the Western Athletic Conference (WAC). Utah Tech was previously a Football Championship Subdivision (FCS) Independent and had to cancel several future games to make room for a conference schedule.

A Utah Tech U. Graduate, Dixie State U. Graduate then, showed me that the UT Logo outlines the State of Utah inside the U.