Idaho to play at Oregon State in 2021, cancels Nevada series 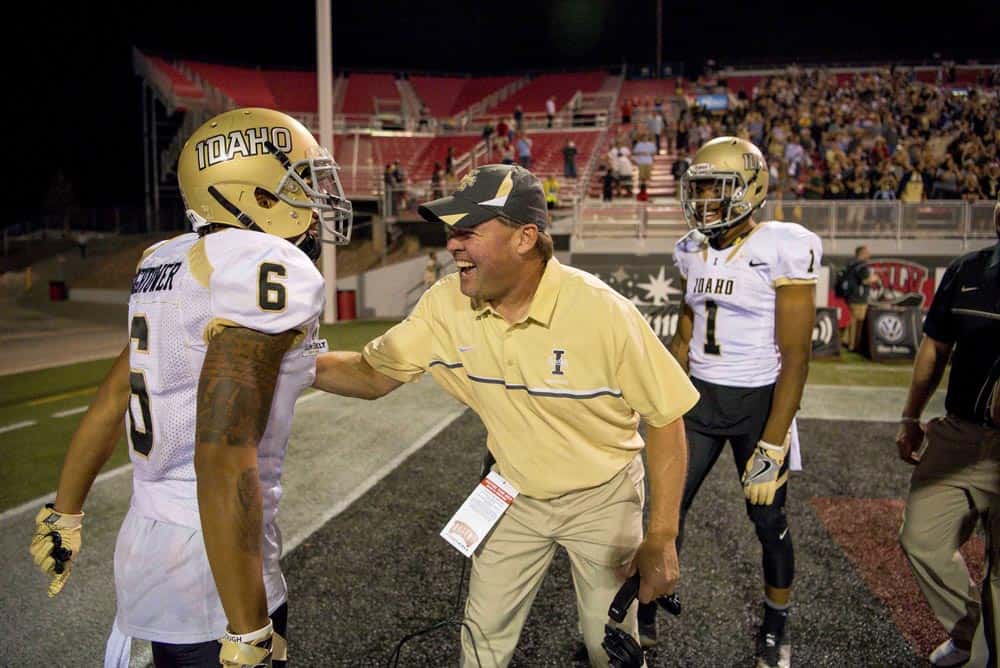 The Idaho Vandals continue to adjust their future football schedules following an announcement that they are dropping down to the Football Championship Subdivision for 2018.

That announcement came shortly after the Sun Belt Conference declined to renew Idaho’s membership when it expires after the 2017 season.

Since then, San Jose State and Wyoming have both canceled games with the Vandals. Idaho later added future games with Washington State and Sacramento State.

FBSchedules.com has now learned that Idaho will play at Oregon State in 2021 and have finalized the cancellation of their future series with Nevada.

Idaho will travel to take on Oregon State at Reser Stadium in Corvallis on Sept. 4, 2021. The Vandals will receive a $675,000 guarantee for the game, according to a copy of the contract obtained from the University of Idaho via a public records request.

In a letter dated August 19, 2016 and signed by the Director of Athletics of both universities, the two schools stated they “mutually agree” to cancel their agreement.

Nevada is the third opponent to cancel future football games with Idaho due to their move to the FCS. Last month, we reported that San Jose State had canceled their series, and the Star-Tribune reported that Wyoming will drop Idaho from their 2018 schedule.

FYI: Your SSL certificate is invalid.

Maybe the two games Idaho has scheduled to play at Indiana will be cancelled, If so then Oregon-Indiana should schedule a home-and-home for 2021-22. The 2021 Oregon-Fresno St game can be pushed back a couple years. And Fresno St can play at Cal in 2021. And Idaho can play at Oregon in 2021 and 2022 (to keep travel costs down).

yes, both the Indiana games and Penn State will be cancelled. Idaho does not meet the scheduling requirement clause of either contract as B1G schools are not allowed to schedule FCS opponents.

The rest of the scheduled games will probably remain

Thanks for the info. Minnesota is scheduled to play South Dakota St in 2019. And Maryland is scheduled to play Towson in 2020. I assume these game were scheduled before the B1G changed their scheduling requirements, and are “grandfathered” in. But what is to keep the B1G similarly waiving the no-FCS requirement for the Indiana-Idaho games? It appears the B1G has provided various programs significant flexibility in regards to the new OOC scheduling requirements.

But I suspect the payout to Idaho would end up being much less, and the Vandals would rather opt out of traveling east in order to save funds for the struggling Athletic Department. So besides the Penn State road game (2019), I presume Idaho may end up dropping both Indiana road games, as well as road games at NIU (2018), at Temple (2020), and at Old Dominion (2022). Since time is short I’m gambling that the Idaho at Florida game (2018) will remain on the schedule, albeit at a much lower payout. Or has there already been a determination reported on the Florida game?