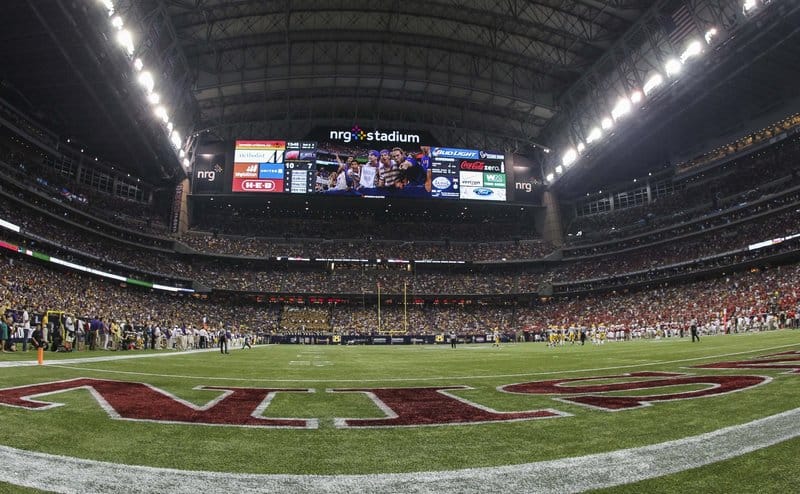 Houston and Oklahoma will meet at NRG Stadium in 2016. (Troy Taormina-USA TODAY Sports)

The Houston Cougars and the Oklahoma Sooners have scheduled a two-game football series, both schools have officially announced.

The first game will see the two schools square off in the 2016 AdvoCare Texas Kickoff at NRG Stadium in Houston, Texas. The game will be played on Saturday, Sept. 3, 2016.

News of the Houston-Oklahoma matchup was first reported in July by The Houston Chronicle.

“We have been and will remain committed to scheduling competitive non-conference opponents and that includes games in the City of Houston to reward our passionate fan base,” said Mack Rhoades, Vice President for Intercollegiate Athletics at University of Houston. “When you look at the caliber of teams invited to the AdvoCare Texas Kickoff in the past, it’s a great honor to kick off the 2016 season against Oklahoma in what promises to be an exciting opener.”

“The greater Houston area has long been a stronghold of support for OU,” said OU vice president and director of athletics, Joe Castiglione. “We are excited to showcase our program in one of the nation’s largest markets and an NFL venue that has hosted the Super Bowl.”

In the second and final game of the series, Houston will travel to take on Oklahoma at Gaylord Family Oklahoma Memorial Stadium in Norman on Aug. 31, 2019.

In order to play in the AdvoCare Texas Kickoff in 2016, both teams had to make minor adjustments to their schedules that season. Houston pushed back a visit from Texas State three weeks to Sept. 24, while Oklahoma moved their home contest vs. ULM back one week to Sept. 10.

Houston now has three of their four non-conference games for the 2016 season and two for 2019. In 2016, the Cougars are slated to host Louisville and visit Texas State. In 2019, Kansas visits TDECU Stadium.

In 2019, Oklahoma is scheduled to play UCLA at the Rose Bowl in Pasadena.