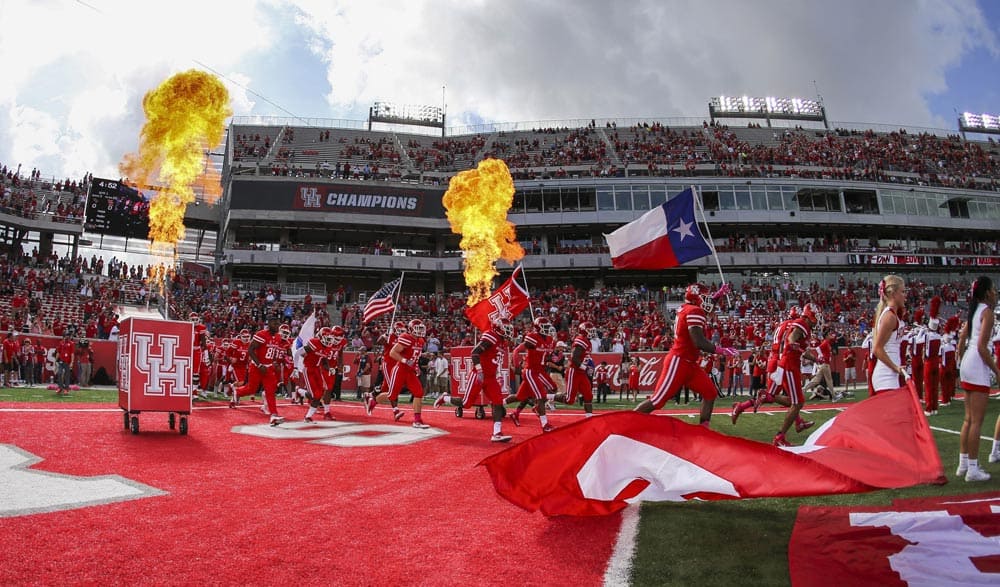 The Houston Cougars and the Georgia Southern Eagles have scheduled a home-and-home football series for 2020 and 2021, both schools announced on Wednesday.

In the first game of the series, Houston will travel to face Georgia Southern at Paulson Stadium in Statesboro on Sept. 26, 2020. The Cougars will then host the Eagles the following season at TDECU Stadium in Houston on Sept. 4, 2021.

The 2020 contest in Statesboro will be the first-ever meeting between the two schools on the gridiron.

Houston now has three announced non-conference games for 2020 and four for 2021. Other opponents those seasons include Rice, Kansas, Texas Tech, and Vanderbilt.

“This is a big-time series for us and one that our fans should be really excited about,” Georgia Southern Director of Athletics Tom Kleinlein said. “Houston is a hot name in college football right now and to be able to get them to come to Statesboro is huge for our school, our program and our city.”

Georgia Southern now has two non-conference games scheduled each season. The Eagles are also slated to host Florida Atlantic in 2020 and travel to face the Owls in 2021.

Looking forward to visiting Houston for this one! GATA!

Houston will learn who the real GSU is. Hail Southern NOT State!

You have a LOSING record against the real GSU!!! So STFU!