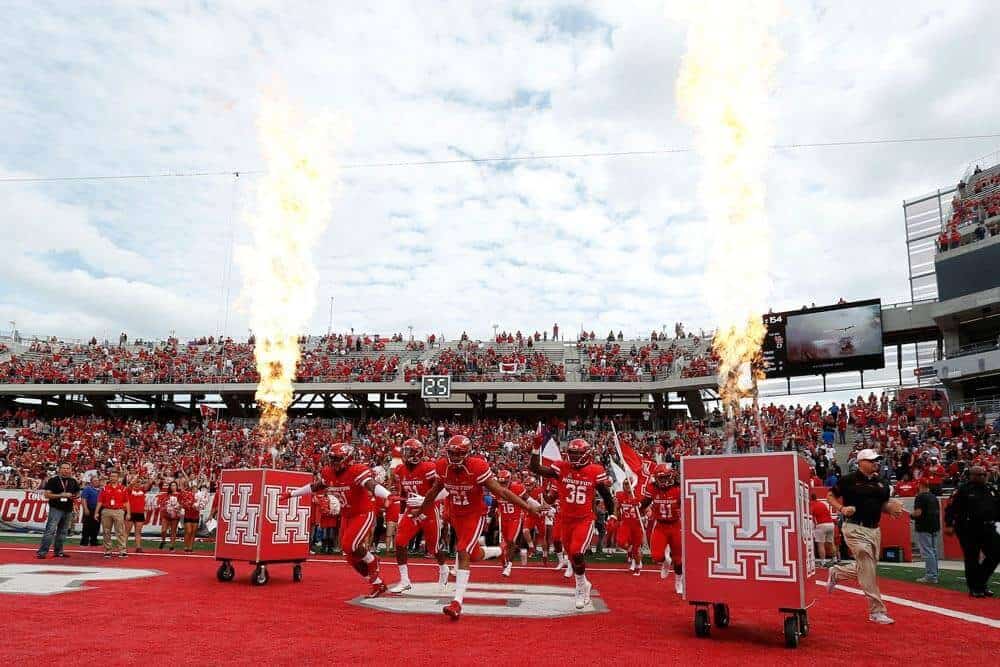 The Houston Cougars have scheduled future home-and-home football series with the Washington State Cougars and the North Texas Mean Green, the school announced on Monday.

In the first game of the series, Houston will host Washington State at TDECU Stadium on Sept. 14, 2019. UH will then travel to take on WSU at Martin Stadium in Pullman on Sept. 12, 2020.

“In recent years Houston has been one of the top programs in the country,” said WSU Director of Athletics Bill Moos. “I believe our fans will enjoy having another quality nonconference opponent in Martin Stadium.”

North Texas will host Houston in the first game of their series at Apogee Stadium in Denton on Sept. 28, 2019. The Cougars will then host the Mean Green at TDECU Stadium on Sept. 23, 2023.

Houston and North Texas have met 14 times on the gridiron. The Cougars have won the last four meetings and the series is now all square at seven games apiece.

“I am excited we were able to agree to this series with Houston,” UNT Vice President/director of athletics Wren Baker said. “It has historically been an evenly-matched series that also has drawn substantial crowds. I am hopeful renewing this series will be fun and exciting for both fan bases.”

Houston coming to Pullman is a really good get for WASU. I think in their entire history they’ve hosted exactly one P5 or P5-equivalent team on campus (as opposed to Seattle or Spokane), and that was Baylor sometime in the ’70s or ’80s. It’s a small stadium in a small TV market with no real recruiting value, so Houston is about as good as they can hope for.

Well what do I know, your probably right. They are also hosting BYU soon enough which is P5 Caliber according to a handful of P5 conferences.

Yeah, BYU’s another good one and they should travel really well. Rutgers’ game at WASU was actually in Seattle (and the athletic department has said the Seattle games are over).

Washington State also has a Boise visit this year and a visit from Wisconsin scheduled in the future.

I think it would be more accurate to say that Rutgers is nothing to celebrate and a big embarrassment to the Big Ten. Why so a woeful program was admitted to the Big Ten was all about money and nothing else. Even some Rutgers fans wished that they had stayed in the AAC where that at least had a chance to win a few games rather than become cannon fodder on a weekly basis.

Road trip to Denton, maybe Pullman. Never been there.

Visiting Pullman honestly isn’t terrible, drive a half hour east and you are in beautiful evergreen forests and stunning mountain landscape, great for all sorts of outdoors stuff.