Hey…You Look Familiar: FBS Coaches coaching against teams they used to coach in 2021 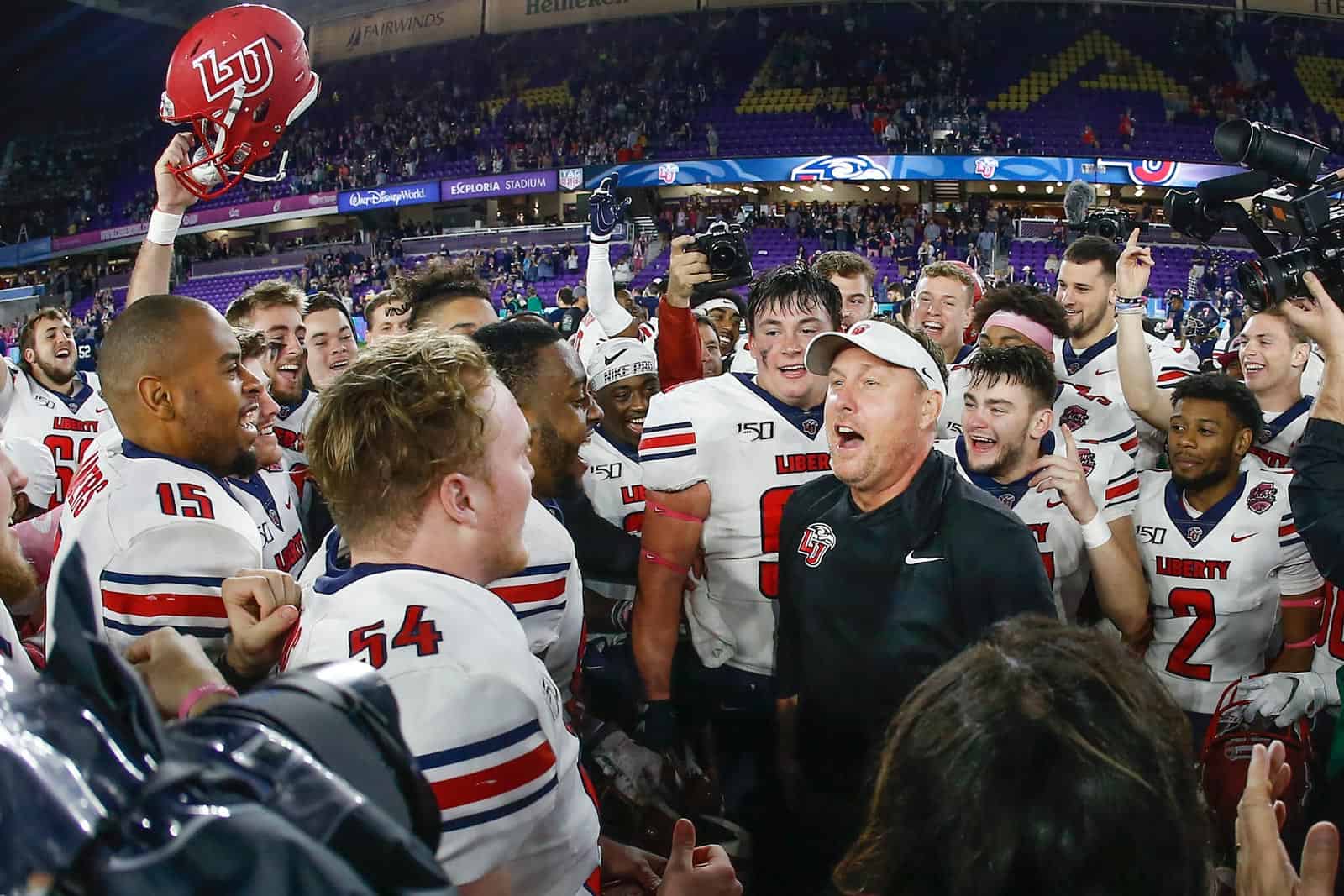 One of my dearest friends is a diehard Michigan State fan. When news broke at the end of the 2010 season that her beloved Spartans would be playing Alabama in the Capital One Bowl, she immediately texted me, “Oh the delicious irony…”

She was referring to Crimson Tide head coach Nick Saban, who MSU fans hadn’t seen since 1999, when – after leading the Spartans to their most successful season in almost 50 years – he abruptly left East Lansing to take the LSU job.

My friend, along with a throng of fellow State fans, had the common decency to never get over it.

It was the (7) Spartans vs. the (15) Crimson Tide in Orlando with sweet revenge on the line. A 49-7 beatdown later, my friend was back in her therapists’ office, and I was in the kitchen making her a comforting bereavement casserole.

She’s still not over it.

Whether it was an ugly breakup, an amiable parting, or a dismissal, each of the following matchups represent – for the head coach and his former employer – a similar, and perhaps awkward reunion.

After serving as the DC at Wisconsin from 2004-05, Bret Bielema was promoted to head coach in 2006. He compiled a 68-24 record in seven seasons in Madison, including winning three consecutive Big Ten titles from 2010-12. That success led to an offer from Arkansas where he landed in 2013 and departed after five seasons and a 29-34 mark. After three years in the NFL, Bielema took the Illinois job last December. This is his first-ever game vs. his former employer as a head coach.

UAB vs. FCS Jacksonville State (at Montgomery, Ala.) – Wednesday, Sept. 1

Bill Clark was the head coach at Jacksonville State (also his alma mater) for a single season. The year was 2013 and he led the Gamecocks to an 11-3 finish which included a trip to the NCAA FCS quarterfinals. It was enough to get him the head job at UAB where he’s posted a 40-22 record and captured two C-USA titles in five seasons (the Blazers didn’t field a football team from 2015-16). This is Clark’s first-ever game vs. his alma mater/former employer as a head coach.

Like Bill Clark, Karl Dorrell’s resume includes being the head coach at his alma mater. Dorrell played wide receiver at UCLA in the mid-1980s and was the head coach there from 2003-07 posting a 35-27 record. Despite leading the Bruins to a 10-2 finish in 2005, he was fired at the end of a 6-6 campaign in 2007. After bouncing around the NFL for over a decade, Dorrell landed the Colorado job in 2020. He went 4-2 in his inaugural campaign in Boulder including scoring a 48-42 win over UCLA in the opener.

Sonny Dykes’ three year run as the OC at Arizona (2007-09) was enough to earn him his first head job at Louisiana Tech in 2010. A 22-15 mark (including winning the WAC in 2011) during his three seasons in Ruston advanced him to the Cal job where he went 19-30 before being released after the 2016 season. He landed the SMU job in 2018 and is 22-14 thus far. Dykes’ only previous matchup vs. Louisiana Tech as a head coach came in the 2017 Frisco Bowl – when he was serving as the Mustangs’ interim head coach after Chad Morris’ departure – a 51-10 loss for SMU.

Hugh Freeze’s single season as the head coach at Arkansas State (a 10-2 finish in 2011) was enough to land him the Ole Miss job. Freeze went 39-25 in five seasons in Oxford before resigning in 2017. He was named the head coach at Liberty after the 2018 season and is 18-6 thus far. This is Freeze’s first ever game vs. his former employer as a head coach.

After successful runs as the head coach at D-II Grand Valley State (1991-2003) and Central Michigan (2004-06), Brian Kelly got the job at Cincinnati in 2007. He compiled a 34-6 record in three seasons with the Bearcats including back-to-back Big East titles (and Orange and Sugar Bowl berths) in 2008-09. That’s when Notre Dame came calling. Kelly is 102-39 in 11 seasons thus far with the Irish. This is his first-ever action vs. Cincinnati as a head coach.

Lane Kiffin’s return to Knoxville might be the most delicious – yet fraught – reunion on our list. After serving as the head coach of the NFL’s Oakland Raiders for a season and a half (2007-08), Kiffin accepted the job at Tennessee late in 2008. After a single campaign (a 7-6 finish) and a swirl of controversy and angst (it was an ugly breakup) he abandoned the Vols and took the job at USC where he lasted for three full seasons (2010-12) and five games (2013) before being released. From there he spent three years in Nick Saban’s head-coaching rehabilitation program at Alabama before landing the head job at FAU from 2017-19. He took over at Ole Miss in 2020 and posted a 5-5 record in his first campaign. This is his first game vs. the Vols as a head coach.

Bronco Mendenhall spent almost 15 years as a defensive assistant before getting the OC job at BYU in 2003. Two seasons later, he was the Cougars’ head coach. Mendenhall went 99-43 in 11 seasons in Provo, posting double-digit wins five times, winning the Mountain West back-to-back in 2006-07 and only dipping under the eight-win mark twice. He took over at Virginia in 2016 and is 30-32 there thus far, the best outcome a 9-5 finish and ACC-Coastal divisional title in 2019. This is his first-ever game against BYU as a head coach.

Ed Orgeron’s first head coaching job was at Ole Miss (2005-07) where he posted a 10-25 record in three seasons. He was released after skidding to an 0-8 record in SEC play in 2007. From there he spent time with the NFL New Orleans Saints and at Tennessee before landing the DC job at USC in 2010. He was the Trojan’s interim for eight games after Lane Kiffin was let go in 2013. Despite earning a 6-2 record he lost the permanent job to Steve Sarkisian. After a couple of years off, he reappeared on the defensive staff at LSU in 2015 and took over as the head coach in 2016. In five seasons in Baton Rouge, Orgeron is 45-14, captured the 2019 CFP National Championship and is a perfect 5-0 vs. his former employer Ole Miss.

Nick Saban used his 34-24-1 record in five seasons as the head coach at Michigan State as a launch pad to get the LSU job in 2000. Saban went 48-16 during his five years in Baton Rouge, a run that included two SEC titles and the 2003 BCS National Championship. It was enough for the NFL’s Miami Dolphins to offer him a job, where he lasted from 2005-06. After that it was Alabama, where Saban has done nothing but dominate – a 165-23 record (96-15 in the SEC) in 15 seasons, seven SEC titles and six national championships. He’s 11-5 vs. LSU as a head coach – all but one game (a loss to the Tigers in the 1995 Independence Bowl in his first year at Michigan State) coming during his tenure in Tuscaloosa.

Terrific piece, Amy. Thanks very much!

The Bielema vs Wisconsin matchup should be a good one that many fans are interested to see.