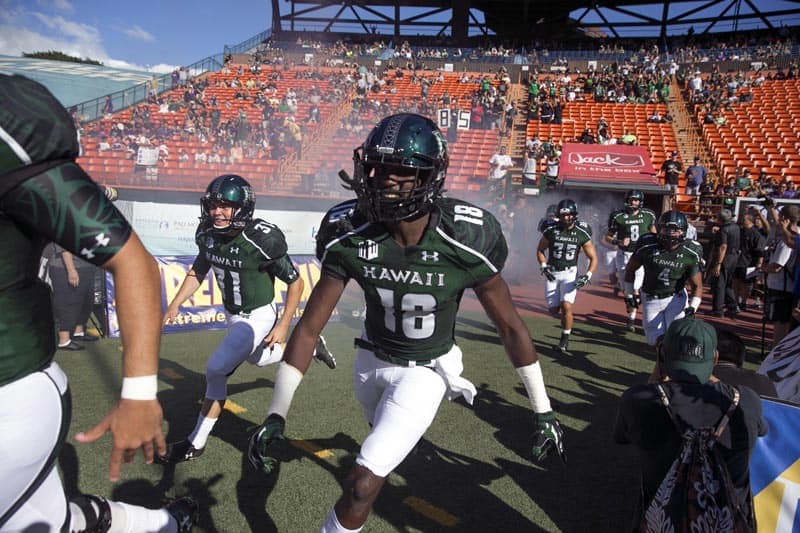 The Hawaii Rainbow Warriors have completed their 2015 non-conference football schedule with the addition of games against ULM and UC Davis.

Hawaii will take advantage of the Hawaii Exemption for the second straight season. The NCAA rule allows them to schedule an additional non-conference game to help offset their travel costs.

Hawaii opens the 2015 season with four consecutive non-conference games, beginning with a home tilt against the Colorado Buffaloes on Sept. 5. The following week, the Rainbow Warriors travel to Columbus to take on the Ohio State Buckeyes.

UH returns home to host UC Davis on Sept. 19 and then heads to Big Ten country again to take on the Wisconsin Badgers on Sept. 26.

Hawaii’s final non-conference game of the season is set for Nov. 28, Thanksgiving weekend, against the ULM Warhawks.

The 2015 Mountain West Schedule has not yet been released, but the opponents are known. Hawaii will host Air Force, Fresno State, San Diego State, and San Jose State and will travel to Boise State, Nevada, New Mexico, and UNLV.