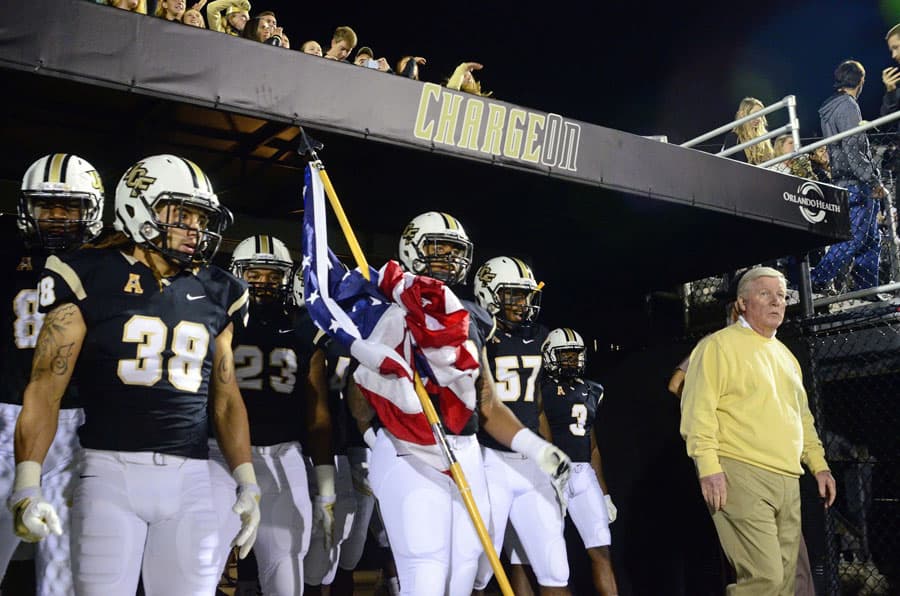 The Georgia Tech Yellow Jackets and the UCF Knights have scheduled a home-and-home football series for 2017 and 2020, the two schools announced today.

In the first game of the series, UCF will host Georgia Tech at Bright House Networks Stadium in Orlando on Sept. 16, 2017. The Knights will then travel to face the Yellow Jackets at Bobby Dodd Stadium in Atlanta on Sept. 19, 2020.

Georgia Tech now has two non-conference games scheduled for both the 2017 and 2020 seasons. The Yellow Jackets face in-state rival Georgia both seasons, in Atlanta in 2017 and in Athens in 2020.

UCF has now tentatively completed their non-conference schedule in 2017. Other games scheduled include a home matchup against FIU (date TBD) and trips to Texas (Sept. 9) and Maryland (Sept. 23).

Georgia Tech is the first announced non-conference opponent for UCF for the 2020 season.

This match-up makes me happy!

Well I’m a Noles fan but I also support UCF and wish that program nothing but the best. I love how they’re scheduling tough ooc games at least having two power 5 teams on their schedule and now they have 3 for 2017, that’s awesome. Georgia Tech is a really good program and for the life of me I don’t understand why they get underestimated all the time especially when everyone seems to hold Georgia in high regards and Georgia Tech has been giving them issues, if not winning. If George O’leary can keep up the great job he’s doing down there in Orlando this should be a really exciting match-up! Go ACC!!!

George O’Leary will be coaching against a team he used to coach for, assuming he is still the coach then.

As an alumnus of both schools, I am so pleased with this series. There are a lot similarities between the two schools in their personality, academic focus, and athletic programs. UCF began as the Florida Technological University. I am also pleased that the Jackets are playing in Orlando. They will find a proud and confident university; another way that UCF is similar to Georgia Tech. Go Jackets, Go Knights!